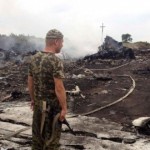 Having watched Democrat politicians aspiring to project the appearance of FDR-like progressive reformists into their domestic and foreign policies, a discerning person must necessarily hark back to the well known Bible story about the first couple’s removal from the heavenly paradise.  Overwhelmed by the supposed cruelty of their Creator and feeling miserably alone, the Tempter Serpent promised them another way of creating their earthly paradise.  Seemingly robbed of any other rational alternative, the mythical Adam and Eve followed the false deity.  Tragically for their descendents, this earthly paradise still has not been found.  What human history has produced thus far have been a series of undivine and tragic comedies, which have unfailingly ended up in the bottomless black holes of the reincarnated past.

While Presidents Putin and Xi have been busy undermining the domestic stability and international standing of the United States of America, America’s present duo of executive leaders, President Biden as well as Vice President Harris, have been laboring under establishing the perfectly equitable society at home and abroad, in which the pseudo-spiritual triumvirate of racial division, economic decline and energy dependence are the rule and not the exception.  In this manner, they and their undemocratic party have presented the American people and the rest of the world with a closed political regime, in which the counterfactual idea of pacifistic-multicultural  brotherhood of mankind does not correspond to the domestic and international realities.

Now, the “War in Ukraine” somehow has been linked by President Biden’s idiotic State of the Union Speech with his ruinous Build Back Better domestic political agenda.  Rephrasing his essentially failed Marxist program to an equally fallaciously sounding Build a Better America, he blamed his predecessor for all the ills of America.  Specifically, he has also blamed former President Trump for the Russian invasion and stated that the United States of America will not undertake any game-changer action to counter the illegal territorial grab by President Putin.

To add insult to injury, he assured the Iranian people that his sympathies lie with them and counterintuitively, he told the Ukranians that as far as he is concerned they do not deserve the same brotherly love as the Iranians do.  Never mind that the Islamic Republic of Iran is a terrorist state that has threatened the peace and stability of the greater Middle East since 1979, President Biden agreed to remove the Iranian Revolutionary Guard Corps (IRGC) from the State Department’s list of terrorist organizations, to withdraw sanctions on Iranian terror masters as well as missile and WMD proliferators and ignore most of the nuclear safeguards.  Moreover, when the deal is signed, and without congressional oversight, the Islamic Republic of Iran will automatically receive $90 billion in sanctions relief.  Finally, Iran will receive at least $50-55 billion annually in the coming years from oil and gas sales because of the end of sanctions of its energy sector.  In addition to enabling the Mullahcracy to build and acquire new and more sophisticated weapons, Tehran will be in the position to expand geostrategically with the help of Russia and China, threatening America’s allies, such as Israel, the GCC countries and beyond.

The upcoming deal will also entitle Russia and China to label Israel and its allies in the UN as aggressors, if they decide to prevent Tehran from acquiring nuclear bombs.  More importantly, the American delegation in Vienna lacks any coherent strategy.  Led by Robert Malley, who is well known for his extremist pro-Iran views, has also surrendered the conduct of negotiations between the White House and Tehran to the Russian Ambassador Mikhail Ulyanov by appointing him a “mediator” between the United States of America and the Islamic Republic of Iran.

As far as President Biden’s pseudo-foreign policy is concerned, it is an insolvable contradiction between being restricted by the requirements of individual freedom and national liberty on the one hand, and the Marxist destruction of the natural relationships of societies, states as well as alliances under the banner of absolute equality  and multiculturalism that, in turn, fatally atomizes the world at large, on the other.  Instead of American exceptionalism, President Biden has adopted the Marxist cum Bolshevik idea of international relations, in which the contradictory compromise between state centralism and the romantic but unworkable  Slavic notion of the primitive Mir communities coalesce.  The right to national sovereignty and free agency in international relations have been replaced by the naked despotism of the rulers’ de jour.  Russia’s war on Ukraine and President Putin’s uncompromising inhumanity are the newest examples of President Biden’s anti-factual and antisocial psychopathology.

His responses to Russia’s wholesale invasion of Ukraine have also mirrored his demented mind’s sick ideas that do not correspond to the realities of the raging war.  While President Putin has initially played the enlightened and Westernized Russian leader, domestically he has instituted cruel repression.  When he gave his now infamous speech at the Munich Security Conference on February 10, 2007, President Putin stated:  “NATO expansion does not have any relation with the modernization of the Alliance itself, or with ensuring security in Europe.  On the contrary, it represents a serious provocation that reduces the level of mutual trust.”  Then came an ominous warning:  “No one can feel that international law is like a stone wall that will protect them,” meaning the United States of America and its allies.  Finally, he intoned thus:  “I consider the unipolar model is not only unacceptable but also impossible in today’s world….  Russia is a country with a history that spans more than a thousand years and has practically always used the privilege to carry out an independent foreign policy.”

For all practical purposes, President Putin’s speech was a declaration of war mainly on the United States of America.  The response of the Obama Administration, in which President Biden was the Vice President, was “reset,” represented by the language handicapped Secretary of State Hillary Clinton, whose qualifications for the job did not go beyond having been married to a former president.  Naturally, the “reset’ was the product of totally incompetent minds.  President Obama, Vice President Biden, Secretary of State Clinton did not grasp that for President Putin the end of the cold war that was preceded by the collapse of the Soviet Union was an unacceptable occurrence, and a monster that must be defeated at any cost.

Driven by hatred and fear of the monster, he has begun a ferocious persecution of all former Soviet republics.  Up until the invasion of Ukraine, President Putin’s entire foreign policy seemed to be a perpetual preparation for the decisive military confrontation with the West.  On March 16, 2022, addressing his cabinet, President Putin compared the West to Nazi Germany, declaring that they have been banding together against Russia the same way Nazi Germany did in the 1930s.  In the same vein he has said that Russians must “protect themselves from the Western fifth column.”

To wit, neither President Obama nor President Biden has understood that President Putin does not aspire to becoming a democratic leader.  The republican form of government with its democratic structures and individual liberty are completely foreign to his whole upbringing, professional background and limited intellect.  All these were committed to the sphere of influence of the devilish West.

Thus, instead of responding in kind and defining his own red line, President Biden has never understood the significance of the internal psychology of the fall of the Soviet Union within Russia.  In spite of the superficial mimicking of certain Western phenomena, Russia has remained despotic and backward, and thus differing radically in her political culture and institutions from the West, and has been separated from Europe by Ukraine.  Corresponding to this untenable situation, is the condition of the Russian economy and its finances.  Instead of a lengthy analysis, suffice it to say that Russia’s GDP in 2020 fell from $1,687.45 billion to $1,483.50 billion – a drop of 12.09%.  Inflation, unemployment and national debt have risen correspondingly.  2021 and 2022 have been even more disastrous.

With the wholesale invasion of Ukraine, Russia will be bankrupt very soon.  Thus, sanctions are the correct measures.  However, more needs to be done.  President Putin must be presented with an ultimatum – withdraw immediately or face the full might of NATO.  President Putin must understand that might does not make right under international law.  Moreover, no peace without a complete withdrawal from all the territories seized by Russia since 1992 from Moldova, Georgia and Ukraine, including Crimea.  Finally, complete reparations must be paid by Russia for all the war damages that it caused to those states.  To acknowledge these demands is the precondition for Russia’s readmission to the community of nations.  Otherwise, the two principles of sovereignty and self-determination would be sacrificed on the altar of Russia’s military despotism.

The same fallacious notion of “equity” is the driving force behind President Biden’s China policy.  In his demented mind, the international dominance of the United States of America must be brought down and ultimately depressed for the sake of not frightening the People’s Republic of China, which might render the latter more aggressive.  It must be so because historically America has claimed to be exceptional and, therefore, has behaved arrogantly toward the rest of the world.  Only through the cooperation of America and China could the world tame anarchy and chaos and permanently avoid a nuclear catastrophe.  According to him, passivity and pacifism are the only solutions for America to survive. In reality, however, his impotent foreign policy  would result in the total collapse of Western civilization.  Weakness would invite aggression and unopposed aggression would lead to regression as well as global decomposition of the smaller states.  The end result of such a “progression” would be the end of mankind as the world has known it.