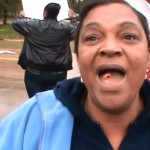 Nine days after Mother Jones magazine posted a video showing Mitt Romney making his now famous “47 percent” remarks, an Obama voter in Ohio validated the broad point Romney had tried to make: A lot of people are going to vote for Obama purely for the free stuff.

The idea that some people receive more from the state than they give to it and therefore vote to keep the gravy train running is neither new nor controversial — nor incorrect. For evidence, see the “Obamaphone” video.  END_OF_DOCUMENT_TOKEN_TO_BE_REPLACED