There’s a Hefty Price to Pay for Driving Down U.S. Coal Usage

Reports of the demise of coal-fired power plants are greatly exacerbated by reality. Using coal to make electricity isn’t going away any time soon. And the coal plants that are going away the soonest account for relatively little carbon emissions.

One of the state’s two largest investor-owned utilities (PSO) is moving away from coal, but it won’t be out of the coal business until at least 2026. The other utility, Oklahoma Gas and Electric Co., remains committed to coal even though it will require expensive upgrades to its generating station near Red Rock.

Coal remains the cheapest way to make power, which is one reason it will stay in the fuel mix despite the Obama administration’s attempt to get rid of it and the environmental community’s demand that coal be kept underground for as long as it has been already. END_OF_DOCUMENT_TOKEN_TO_BE_REPLACED 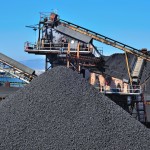 The EPA has repeatedly said the regulations on coal-fired power plants will not be a death blow to the industry. However, the agency was working closely behind the scenes with the Sierra Club, an environmental organization that was pushing the agency to adopt standards that would be impossible for power plants to meet. END_OF_DOCUMENT_TOKEN_TO_BE_REPLACED 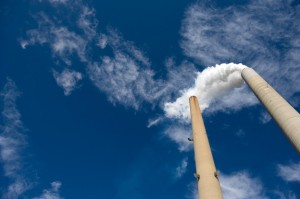 President Obama’s call for the EPA to impose new regulations on coal-fired power plants was a giveaway to the environmental lobby at the expense of the American worker. By crusading against coal, Obama is willfully hurting the very working-class Americans around whom he structured his reelection campaign and endangering the economic recovery he continues to promise.

Coal is mined in 25 states and is responsible for over 550,000 American jobs, most of them blue-collar. It’s also the cheapest source of electricity available — 22 of the 25 power plants with the lowest operating costs in the U.S. are fueled by coal — which is a major reason why Americans enjoy some of the lowest electricity costs of any free-market economy. END_OF_DOCUMENT_TOKEN_TO_BE_REPLACED 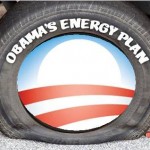 White House Climate Advisor, Daniel P. Schrag told the New York Times: “Everybody is waiting for action, the one thing the president really needs to do now is to begin the process of shutting down the conventional coal plants. Politically, the White House is hesitant to say they’re having a war on coal. On the other hand, a war on coal is exactly what’s needed.” However, the American public is not clamoring for the closure of cost-effective coal-fueled power plants. What they want is cheap energy, but Obama is, as the Washington Post states: “a president bizarrely antagonistic toward domestic energy production and low energy prices.” END_OF_DOCUMENT_TOKEN_TO_BE_REPLACED