Retailers stepping up in more ways than one

Despite the grim economic news, the V-shaped economic recovery President Donald Trump has talked about may soon be a reality.

The news that several novel coronavirus vaccines will soon be available may allow the lockdowns to end. If all goes as planned, Operation Warp Speed could lead to the nation recovering lost economic ground in months rather than years, even if the number of cases continues to rise.

Retailers across the country are contributing to Operation Warp Speed by ordering freezers, thermometers, and the additional medical gear needed to administer vaccines once they’re available. It makes sense. Since grocers and pharmacies offer flu shots, their support in delivering the vaccine is crucial given their thousands of locations in every city and county in the nation.

These public-private partnerships in Operation Warp Speed not only show we can beat this pandemic, but also highlight the benefits when America’s private sector steps up.

Over the last 10 months, retailers have taken the lead, offering “hero pay,” additional bonuses, and greater safety measures to keep their employees and customers safe. Their story is just one of many waiting to be told once all of this is behind us. But that’s not the only way this one segment of American business is stepping up to address the nation’s critical problems.

Employees from Albertsons, Kroger, and Ahold recently ratified agreements with 27 local unions to withdraw from a union multi-employer pension fund circling the drain and join the newly formed UFCW and Employer’s Variable Annuity Pension Plan. This change includes investments of nearly $2 billion from these companies that will improve the security and stability of future benefits for employees and modernize retirement benefits.

The issue of pension reform has been before Congress for some time, but it’s been stuck. If the nation’s pension plans fail in any significant way, with far too many of them currently underfunded, the required bailout that would follow would imperil any recovery, as well as long-term future prosperity.

What has just been accomplished is great news for all involved. Millions of workers in other pension plans may not be so lucky. Rather than bicker over the best way back to a pre-COVID economy, policymakers ought to be focusing on the pitfalls ahead. Many of them, like the need to reform the pension system, are not hard to spot.

Pension reform has long been an issue that elected officials on both sides of the aisle have recognized and have attempted to address but that never went far enough. For example, there are about 1,400 pension funds that are, according to the federal Pension Benefits Guaranty Corporation “collectively bargained plan(s) maintained by more than one employer, usually within the same or related industries, and a labor union” that are potentially in trouble.

Policymakers must take a balanced approached to the issue of troubled multi-employer pension funds that provide participants with the retirement income they depend on while not placing undue burdens on the employers who participate in them. A solution must be found soon to protect the 10 million or so workers millions enrolled in employed by manufacturers and retailers and mining and shipping concerns to prevent them from having their benefits reduced significantly or cut entirely.

The PBGC’s safety net for pension funds that default is shrinking. Insolvency may come as soon as 2025 as more and more multi-employer plans face financial challenges and member companies fail or enter bankruptcy. Many of these companies have been hit hard by the coronavirus lockdowns and been unable to keep up their contributions.

Companies like Albertsons, Kroger, and Ahold did not wait for government incentives to make the switch. They moved ahead because it’s the right thing for workers and that’s good for the corporate bottom line. Other companies and industries will hopefully follow suit because it’s good for workers, good for taxpayers, and great for America.

If Operation Warp Speed is to be deemed a success in the months ahead, it will be thanks not only to the pharmaceutical companies who created the vaccines but to the retailers who distributed and vaccinated Americans at record rates. Should our recovering economy continue its current trend, we will prevail because private companies invested their profits and resources to make it happen. 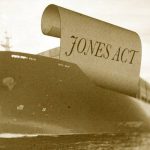 Here’s more from my reporting trip to Puerto Rico.

I recently joined a group of center-right bloggers and journalists on a reporting trip to Puerto Rico examine the status of the Jones Act and how the law is aiding relief efforts there following the aftermath of Hurricane Maria.

President Trump was reluctant to waive the Jones Act following Hurricane Maria, but later did for ten days. Outlets like Reason Magazine said the waiver didn’t go far enough. The topic has been in the news, so I wanted the opportunity to see it for myself despite media reports projecting doom and gloom.

During the course of the reporting trip, we heard from a series of speakers from the shipping industry to get their take on the law and the status of their industry. END_OF_DOCUMENT_TOKEN_TO_BE_REPLACED

Freedom Through Commerce: How A Robust Domestic Shipping Industry Is Critical To Defend America

To project power and protect America the U.S. military requires a robust American sealift capability. Transporting materials and weaponry over across the high seas is a key component of America’s ability to protect its interests around the globe yet it is often overlooked, misunderstood and underappreciated.

History teaches this lesson unmistakably. In 1812, when the greatest army the world had seen up to that time launched an invasion of Russian. Napoleon had an army of almost 700,000 men. At first his troops routed the opposition wherever they engaged but, as he led his forces deeper and deeper into Russia, supplies ran short and his men began to starve.

As winter came, his men began to freeze, not from fear but from hypothermia. Napoleon was forced to beat a hasty retreat back to France, leaving 380,000 dead, 100,000 captured, and many so sick that they could no longer fight. His once great army had only 27,000 soldiers capable of fighting. END_OF_DOCUMENT_TOKEN_TO_BE_REPLACED 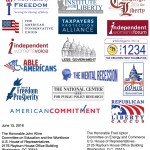 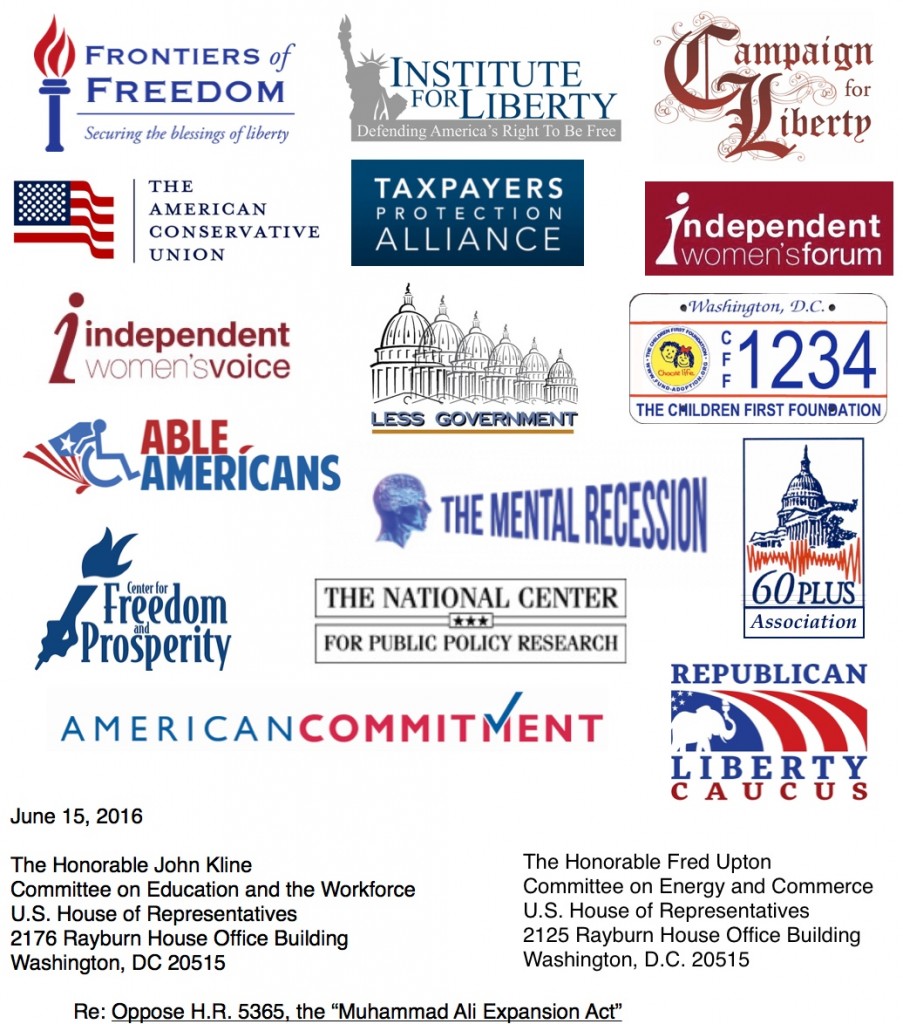 We write in strong opposition to H.R.5365, the “Muhammad Ali Expansion Act,” legislation introduced by Rep. Markwayne Mullin to regulate mixed martial arts (MMA), which is one of the most popular sports in the U.S. and fastest growing throughout the world.  This misguided legislation is yet another unfortunate and unneeded regulatory power grab that will stifle the dynamic innovation and success of MMA. END_OF_DOCUMENT_TOKEN_TO_BE_REPLACED 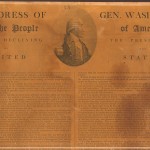 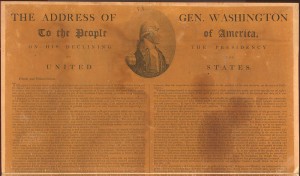 Friends and fellow-citizens: The period for a new election of a citizen, to administer the executive government of the United States, being not far distant, and the time actually arrived, when your thoughts must be employed designating the person, who is to be clothed with that important trust, it appears to me proper, especially as it may conduce to a more distinct expression of the public voice, that I should now apprize you of the resolution I have formed, to decline being considered among the number of those out of whom a choice is to be made. END_OF_DOCUMENT_TOKEN_TO_BE_REPLACED