Will Pelosi Hijack the COVID-19 Relief Bill for Elon Musk and Other Cronies?

After returning to Washington from a week away in San Francisco, House Speaker Nancy Pelosi brought her caucus’ new demands for passing a coronavirus relief bill. While the focus of the bill is supposed to be helping the American people through this pandemic, the Speaker’s bill is filled with special handouts to her political supporters, donors and well-connected California friends.

Pelosi is following the advice of House Majority Whip Jim Clyburn, who argued that the rush to enact legislation to assist the American people is a political opportunity to “restructure things to fit out vision.”

Take the solar subsidies section of the House bill. While they do little to help the hospitals and families that are supposed to be a focus of these efforts, they do help Pelosi’s well-connected California cronies like Elon Musk and his corporations.

This wouldn’t be the first time Musk received hefty payments from federal coffers. Under President Obama, Musk was able to secure billions for his solar operation, even though his company still nearly went bankrupt. It was only after merging with Tesla that SolarCity’s insolvency came to light. After that merger, the company also had to settle with the Department of Justice for nearly $30 million because of allegations that it cheated the government, including by deliberately overstating the cost of its installations to receive inflated government grants off the taxpayers’ backs.

Tesla’s go at solar has been equally as abysmal as SolarCity’s. Reports earlier this month showed that Tesla’s energy partner was pulling out of their agreement because of the company’s failing (and heavily subsidized) solar factory in New York. The company is struggling to meet the terms of its current subsidies with the state of New York, and now, with sales dropping, Elon could apparently use another bailout.

Pelosi coming to the aid of Musk, her home state business interest whose companies have a history of misleading the government and investors to receive more aid, with government subsidies and corporate giveaways, is par for the course. In the past, when electric vehicle tax credits were phasing out, the Speaker singled out electric vehicle manufactures like Tesla for renewed subsidies. These EV subsidies benefit no one other than Musk and the overwhelmingly wealthy Americans who make six figures or more a year that purchase his cars. It’s money that could’ve went to vulnerable Americans instead. Then again, Pelosi has a history of putting her political interests above those of the American people, so her cozy relationship with Musk shouldn’t surprise anyone.

If these direct bailouts to “green” energy interests within the Democrats’ COVID-19 relief demands aren’t enough, they’re also adamant about passing other radical parts of the Green New Deal within this package. They’re tying relief loans to the airline industry to new, stricter emission standards. It’s only a matter of time before more significant automotive restrictions enter the arena as automakers rush to deal with shuttered factories and tapering sales.

By playing along with Pelosi’s shameful D.C. insider games, House Democrats this time around have shown they’ve learned nothing from past mistakes and want to take needed funding away from struggling small businesses and give it to the protected billionaire class.

Whether it’s expanding unrelated subsides or putting burdensome regulations in place, these so-called “lawmakers” are making it clear the only interests they represent are of those who fill their pockets and fall in line. As our country faces a once in a generation crisis, we must hope that our representatives use their place of power to advance the best societal interests, not for those of the already well-off. As the corona aid enters the final stage, lets’ hope Congress takes a stand for the hard-working American people and passes a clean relief bill. The nation is watching.

The Super Bowl of Corporate Welfare 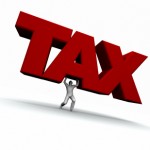 Today is the Super Bowl.

I look forward to playing poker and watching. It’s easy to do both because in a three-hour-plus NFL game there are just 11 minutes of actual football action.

So we’ll have plenty of time to watch Atlanta politicians take credit for the stadium that will host the game. Atlanta’s former mayor calls it “simply the best facility in the world.”

But politicians aren’t likely to talk about what I explain in my latest video—how taxpayers were forced to donate more than $700 million to the owner of Atlanta’s football team, billionaire Arthur Blank, to get him to build the stadium. END_OF_DOCUMENT_TOKEN_TO_BE_REPLACED