The Dangers of Elite Groupthink

Knowledge can be found at all ages, and in all places. And ethics has nothing to do with degrees or pedigrees. 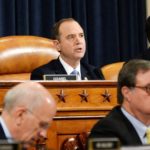 Post media critic Erik Wemple wrote that Maddow deliberately misled her audience by claiming the now-discredited Steele dossier was largely verifiable — even at a time when there was plenty of evidence that it was mostly bogus.

At the very time Maddow was reassuring viewers that Christopher Steele was believable, populist talk radio and the much-criticized Fox News Channel were insisting that most of Steele’s allegations simply could not be true. Maddow was wrong. Her less-degreed critics proved to be right.

In 2018, the chairman of the House Intelligence Committee, Rep. Devin Nunes (R., Calif.), and the committee’s then-ranking minority member, Adam Schiff (D., Calif.), each issued contrasting reports of the committee’s investigation into allegations of collusion between Russia and Donald Trump’s campaign team and the misbehavior of federal agencies.

Schiff’s memo was widely praised by the media. Nunes’s report was condemned as rank and partisan.

Many in the media went further. They contrasted Harvard Law graduate Schiff with rural central Californian Nunes to help explain why the clever Schiff got to the bottom of collusion and the “former dairy farmer” Nunes was “way over his head” and had “no idea what’s going on.”

Recently, the nonpartisan inspector general of the Department of Justice, Michael Horowitz, found widespread wrongdoing at the DOJ and FBI. He confirmed the key findings in the Nunes memo about the Steele dossier and its pernicious role in the FISA application seeking a warrant against former Trump-campaign adviser Carter Page.

In contrast, much of what the once-praised Schiff had claimed to be true was proven wrong by Horowitz — from Schiff’s insistence that the FBI verified the Steele dossier to his assertion that the Department of Justice did not rely chiefly on the dossier for its warrant application.

When special counsel Robert Mueller formed an investigatory team, he stocked it with young, progressive Washington insiders, many with blue-chip degrees and résumés.

The media swooned. Washington journalists became giddy over the prospect of a “dream team” of such “all-stars” who would demolish the supposedly far less impressively credentialed Trump legal team.

Yet after 22 months and $32 million worth of investigation, Mueller’s team found no Russian collusion and no evidence of actionable Trump obstruction during the investigation of that non-crime. All the constant media reports that “bombshell” Mueller team disclosures were imminent and that the “walls are closing in” on Trump proved false.

Mueller himself testified before Congress, only to appear befuddled and almost clueless at times about his own investigation. Many of his supposedly brightest all-stars, such as Lisa Page, Peter Strzok, and Kevin Clinesmith, had to leave his dream team due to unethical behavior.

In contrast, Trump’s widely derided chief lawyers — 69-year-old Ty Cobb, 78-year-old John Dowd, and 63-year-old radio and TV host Jay Sekulow — stayed out of the headlines. They advised Trump to cooperate with the Mueller team and systematically offered evidence and analyses to prove that Trump did not collude with the Russian to warp the 2016 election. In the end, Mueller’s “hunter-killer team” was forced to agree.

When the supposed clueless Trump was elected, a number of elites pronounced his economic plans to be absurd. We were told that Trump was bound to destroy the U.S. economy.

Former Princeton professor and Nobel Prize winner Paul Krugman insisted that Trump would crash the stock market. He even suggested that stocks might never recover.

Former Treasury Secretary Larry Summers said Trump would bring on a recession within a year and a half.

In contrast, many of Trump’s economic advisers during his campaign and administration, including outsider Peter Navarro, pundit Steven Moore, former TV host Larry Kudlowm and octogenarian Wilbur Ross, were caricatured.

Yet three years later, in terms of the stock market, unemployment, energy production and workers’ wages, the economy has been doing superbly.

The point of these sharp contrasts is not that an Ivy League degree or a Washington reputation is of little value, or that prestigious prizes and honors account for nothing, or even that supposed experts are always unethical and silly.

Instead, one lesson is that conventional wisdom and groupthink tend to mislead, especially in the age of online echo chambers and often sheltered and blinkered elite lives.

We forget that knowledge can be found at all ages, and in all places. And ethics has nothing to do with degrees or pedigrees. 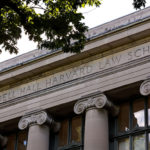 On Saturday, U.S. Sen. Josh Hawley addressed the class of 2019 at The King’s College in New York, where he called on the graduates to reject the Pelagian worldview that dominates our public way of life.

Hawley, who has also recently questioned the uses of social media and railed against Facebook for data and privacy violations, noted that Pelagius was loved by the wealthy, educated aristocrats of Rome, “because he validated their position and their power.” He called out the elites of Wall Street and Silicon Valley in his commencement address for the same Pelagian love of hierarchy enforced on Americans today.

Pelagius was a British monk and a moralist who rejected Saint Augustine’s views on sin and grace for a different view of human freedom and prosperity, in which freedom was earned. Hawley discussed how the elites of American society implement a Pelagian worldview, and ultimately threaten freedom for all humans.

A society that is divided by class, where one class has all the advantages, is a society gripped by hierarchy. It is also a society defined by elitism. Of course, our elites don’t use that word. They say their privileged position comes from merit and achievement. They point to their SAT scores and prestigious degrees. They talk about economic efficiency.

How Pelagian of them.

The truth is, the people at the top of our society have built a culture, and an economy, that work mainly for themselves. Our cultural elites look down on the plain virtues of patriotism and self-sacrifice. Things like humility and faithfulness. They celebrate self-promotion, self-discovery, self-aggrandizement. Self. Self. Self.

And then when industry shifts jobs overseas they say, well, workers should find another trade. I mean, capital must be allocated to its most efficient use.

When workers without college degrees can’t get a good job, they say, that’s their fault – they should’ve gone to college.

Now, I rather suspect – it’s just a hunch – that if globalization threatened America’s tech industry or it’s, say, banking sector, that we would hear a different tune. I slightly suspect we would hear that these industries are the lifeblood of the American economy and must be defended at all costs. And that’s just my point. The elites assume that their interests are vital, while everyone else’s can be done without. They assume their value preferences should prevail, while denigrating the loves and loyalties of the great middle of America. That’s the nature of elitism. And at the end of the day, this hierarchy, and this elitism, threaten our common liberty. For the steady erosion of working-class jobs and working-class life for millions of Americans means losing respect, it means losing their voice, it means losing their standing as citizens in this nation.

Our Pelagian public philosophy says liberty is all about choosing your own ends. That turns out to be a philosophy for the privileged and for the few. For everybody else, for those who cannot build an identity around what they buy, for those whose life is anchored in family, and home, and nation, for those who actually want to participate in our democracy, today’s Pelagianism robs them of the liberty that is rightfully theirs. And we cannot afford to let it to happen any longer. The age of Pelagius must end. 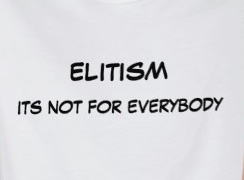 “The Revolt Against the Masses” is a brilliantly argued, well-timed case against reactionary snobs who were and remain disgusted with American society. Under the subtitle “How Liberalism has Undermined the Middle Class,” Siegel documents with scholarly detail the arrogance of elites who launched a movement that romanticizes the poor while trying, with distressing success, to dismantle the democratic, capitalist traditions that helped establish the middle class. END_OF_DOCUMENT_TOKEN_TO_BE_REPLACED