Four Cheers for Capitalism in a Time of COVID

So many of our institutions failed us during the pandemic. Free enterprise isn’t one of them.

When future historians tell the story of this pandemic, I hope American capitalism is not so despised and maligned by the professoriate that they leave out the pivotal role private enterprise and individual autonomy played, not just in slowing and ultimately defeating the virus, but in getting the country back to work.

It was individual Americans who started socially distancing in March, as COVID-19 took hold in Italy and many mayors and governors were still calling fears of contagion from China overblown, if not bigoted. By the time our leaders came around to the crisis, millions of American workers and their employers were already taking steps to keep each other safer. And while Republicans and Democrats in Washington played politics with financial aid aimed at blunting the great economic pain necessitated by shutdowns, thousands of businesses, trade associations, and patrons were starting relief funds for the most heavily impacted.

Among the companies that could stay open, I will admit I am biased in my pride for one in particular.

Home Depot, the company I helped found, boosted wages and doubled overtime to acknowledge the valor of workers who wanted to stay on the job during some very scary times. Knowing that kids were at home because schools were closed, Home Depot expanded paid time off to help parents and made hours more flexible for older workers who were deemed at risk for COVID-19 infection. Many other companies offered similar incentives.

Cutting-edge manufacturers used 3-D printers to make PPE. Charlottesville-based women’s shoemaker OESH made a mask that had soft edges, making its seal as strong if not better than what would be provided by N95-rated masks. There wasn’t time for FDA approval (which is a question we should take up later), but the skillful engineering made the mask a success.

One Delaware company, ILC Dover, worked with the National Institute for Occupational Safety and Health to shorten the regulatory review process from one month to a week. That way the company could make its new Powered Air Purifying Respirator hood, which provides 100 times the protection of an N95 mask, available to health-care workers attending to patients with COVID-19.

Perhaps most strikingly of all, tech companies have really shined. Amazon, Uber Eats, GrubHub and dozens like them made it possible to keep a social distance while keeping the homestead supplied with groceries and supplies. Tech companies didn’t just keep us fed, they kept us on the job. Employers used existing, but often untapped, IT capabilities provided by companies such as Zoom, Microsoft, Apple, and Google to transform a cubicle and conference-room workforce into a remote team interacting through a camera and video screen. In the short term this kept a company’s productivity up, and long-term applications could create a more flexible workplace that could better support parents or employees who want to live in a rural area.

Of course, the biggest heroes are yet to earn their fame. Hard at work are the world’s leading scientific and research minds toiling for vaccines and treatments. Eli Lilly, Johnson & Johnson, and Moderna all have billion-dollar investments into fast-tracking a cure.

Throughout this entire ordeal, which is far from over, our blinkered press has focused on the negative, on anecdotes of price gouging, temporary supply-chain disruptions and shortages, and companies that saw outbreaks in the workplace.

But it takes a special kind of dumb to look at all the institutions that came up short under the pandemic and put free enterprise anywhere near the top of the list. Our free-enterprise system is the best at allocating resources and responding to crises. The private sector should be praised, not demonized, for its efforts during this pandemic. The examples are numerous, and they keep on coming.

The best thing the government did, arguably, is get out of the way. Government watchdog Americans for Tax Reform has identified more than 600 rules or regulations that were changed to give companies the room to innovate and adapt to meet the demand for equipment and other goods created by the pandemic. My hunch is these are probably 600 regulations that do not need to come back once this is over.8

We are not a perfect country, but we do have something that will always help us prevail — either over a pandemic or the next pitfall we encounter. We have regular people who dare to do heroic things.

Americans don’t need to be told what to do, and companies don’t need command-and-control regulation to do what’s best for a community. That’s because Americans’ entrepreneurial spirit is the biggest factor flattening the curve.

The Entrepreneurial Way to 4% Growth 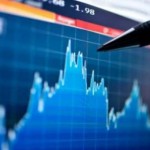 Trump should set a goal: fix the business climate so a million Americans a year can start companies.

This week more than 160 countries are celebrating Global Entrepreneurship Week. The Kauffman Foundation, which I once led, created this event eight years ago to encourage other nations to follow the American tradition of bottom-up economic success. Yet this example has been less powerful in recent years, as American entrepreneurship has waned. Fortunately, President-elect Donald Trump has plenty of options if he wants to resurrect America’s startup economy.

Consider the economic situation that the president-elect is inheriting. Despite the addition of 161,000 jobs in October, the labor-force participation rate fell to its second lowest level in nearly 40 years, according to the St. Louis Federal Reserve. More people have joined the ranks of the chronically unemployed, slipping into poverty at alarming rates as their skills decay and dependency on public assistance grows. Considering population growth, America needs at least 325,000 new jobs every month to stanch the growing numbers of discouraged workers, according to the Bureau of Labor Statistics. END_OF_DOCUMENT_TOKEN_TO_BE_REPLACED 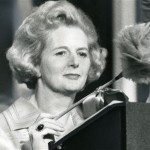 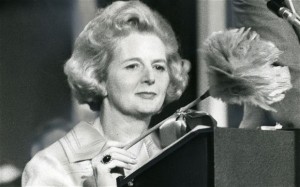 “Socialist governments traditionally do make a financial mess,” declared Margaret Thatcher in a television interview before she became Britain’s prime minister. “They always run out of others people’s money. It’s quite a characteristic of them.” END_OF_DOCUMENT_TOKEN_TO_BE_REPLACED 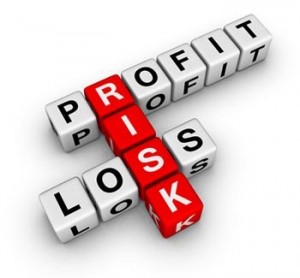 He began by citing George Gilder’s book, Wealth and Poverty, where he developed the important idea that  “… most successful entrepreneurs contribute far more to society than they ever recover. And most of them win no riches at all. They are the heroes of economic life. And those who begrudge them their rewards demonstrate a failure to understand their role and their promise.” Reagan went further, “Too often, entrepreneurs are forgotten heroes. We rarely hear about them. But look into the heart of America, and you’ll see them. They’re the owners of that store down the street, the faithfuls who support our churches, schools, and communities, the brave people everywhere who produce our goods, feed a hungry world, and keep our homes and families warm while they invest in the future to build a better America.” END_OF_DOCUMENT_TOKEN_TO_BE_REPLACED