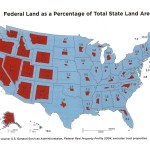 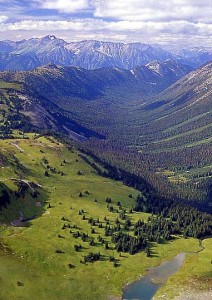 The recent arguments before the Supreme Court on the Voting Rights Act raised questions about whether some states are not being treated on an “equal footing” with respect to others. These arguments prompted some thought about what equal footing might mean with respect to the so-called “public lands” states.

Assuming that many of my readers (further assuming that I have “many” readers) may not be familiar with the term, let me take time out to explain: “public lands” states are states where much of the real estate is not privately owned, or even owned by the state, but by the federal government. And when I say “much,” I really mean “most.” Champion in this sweepstakes is Nevada, where about 81% of the total land area is owned by Washington. In Alaska, which is number two, north of 60% of the land mass is federally-owned. END_OF_DOCUMENT_TOKEN_TO_BE_REPLACED