Fort Hood attack was terrorism. The Army should call it that. 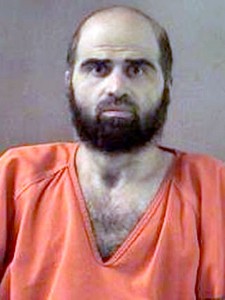 In November 2009, my Army Reserve Medical Detachment reported to Fort Hood, Tex., in preparation for deployment to Afghanistan. As we waited in line at the base’s processing center, Maj. Nidal Hasan entered the building and fired rounds that would kill 13 people and an unborn child and wound 32 others, including me. After many setbacks, Hasan’s trial finally began this week, only to be delayed yet again on Wednesday.

My recovery has been long and agonizing. But the pain that has taken me by surprise has come in the nearly four years since the attack, as my fellow victims and I have been given the runaround by a government more eager to protect itself than the dead and wounded.

On the day of the attack, I was waiting for a medical exam before what would have been my third deployment overseas. I was texting my wife when I heard the shout of “Allahu Akbar!” END_OF_DOCUMENT_TOKEN_TO_BE_REPLACED