Elbert Guillory: Why I switched parties … 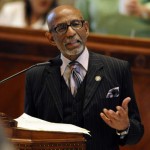 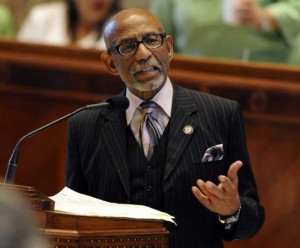 Hello, my name is Elbert Lee Guillory, and I’m the senator for the twenty-fourth district right here in beautiful Louisiana. Recently I made what many are referring to as a ‘bold decision’ to switch my party affiliation to the Republican Party. I wanted to take a moment to explain why I became a Republican, and also to explain why I don’t think it was a bold decision at all. It is the right decision — not only for me — but for all my brothers and sisters in the black community.

You see, in recent history the Democrat Party has created the illusion that their agenda and their policies are what’s best for black people. Somehow it’s been forgotten that the Republican Party was founded in 1854 as an abolitionist movement with one simple creed: that slavery is a violation of the rights of man.

Frederick Douglass called Republicans the ‘Party of freedom and progress,’ and the first Republican president was Abraham Lincoln, the author of the Emancipation Proclamation. It was the Republicans in Congress who authored the thirteenth, fourteenth, and fifteenth amendments giving former slaves citizenship, voting rights, and due process of law. END_OF_DOCUMENT_TOKEN_TO_BE_REPLACED