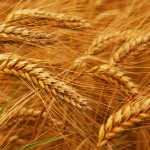 Wheat farmers have suffered as a result, as have consumers of bread and pasta, who have been paying higher prices than they might have because fewer and fewer acres are planted in wheat. END_OF_DOCUMENT_TOKEN_TO_BE_REPLACED