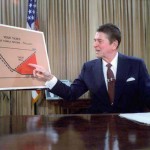 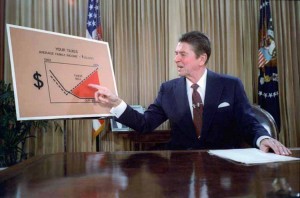 It was Reagan’s habit to speak on large themes. In this particular case he used a two-letter word to illustrate one of the largest of political themes. He stated that the people in electing him wanted to make a change from ‘by’ to ‘of.’ Succinctly put, “It doesn’t sound like much, but it sure can make a difference changing by government,’ ‘control by government’ to ‘control of government.’” END_OF_DOCUMENT_TOKEN_TO_BE_REPLACED