The Marketplace Drives Prices Down and Quality Up

Unexpected expenses are never welcome and no one likes a costly surprise. So it’s no wonder that there is a lot of talk in Washington and Congress about “protecting” patients from surprise medical bills. Current legislation — SB 1895 — sponsored by Senators Lamar Alexander (R-Tenn) and Patty Murray (D-Wash.) makes such claims. It sounds good until you realize that all the “protecting” talk is just that — talk.  Even worse, is that rather than protecting consumers, it will make things worse.

The most common cause of a surprise medical bill is when a person uses a healthcare provider that is not in their insurance plan’s network of providers. While it doesn’t happen that often, it most typically happens in a hospital emergency room — either because the patient is not able to consent to care or because the patient received inaccurate information about insurance coverage.

While it is true that most doctors are in most insurance networks and hospitals often have ways to shield their patients from higher costs, there are occasional gaps that remain. And while it is uncommon, it can be costly when it occurs. But despite their rarity, these circumstances are used by politicians to make us think they are proactively solving problems for our benefit. Sadly, they are doing nothing of the sort.

There are a number of proposals currently under consideration in the halls of Congress to fix surprise billing, but they have a couple important things in common. In one-way or another, all of these pieces of legislation entrust the government with the power to set prices. This will impose heavy costs even if executed properly, an idea that is almost laughable given the government’s track record on reducing costs.

This reminds me of the Obama-Biden repeated promise that they had a plan that would save us all thousands of dollars every year and allow us to keep our healthcare plan if that’s what we wanted. Obviously, Obama and Biden failed to deliver on that promise. It was the lie of the year even as judged by liberal fact checkers. Literally, millions of Americans lost their preferred plans and virtually everyone saw their health insurance costs increase, not decrease, by thousands.

So a healthy dose of skepticism about promises to fix surprise billing with government price controls is entirely justified. It should not be enough for politicians to repeat over and over the mantra that they’ve got the fix. We’ve seen this play before. It doesn’t end well.

Government-imposed price controls skew incentives and reduce the availability of quality healthcare.  To make things worse, government-imposed price controls also reduce the likelihood of future healthcare innovations and slow the development of promising medicines and procedures. But the bad news doesn’t end there — current proposals shift more and more power to health insurance companies, rather than giving consumers more control over their own healthcare.

Regardless of what their true motives were or are, the results we have witnessed in the last 50 years from politicians promising “fixes” has been that things end up costing a lot more than promised, and government gets more and more control. Those who can afford lobbying efforts may escape the costly impact of these government mandates. But rarely do these promised fixes on balance help the average citizen.

The marketplace — and the negotiations that take place when you have two or more parties all trying to maximize the value that they receive — has a knack for providing high quality goods and services for the lowest possible prices. That is the process that has brought us smart phones that have more computing power than was used in the 1960s in the Apollo program. It’s also the process that allows consumers to own huge flat screen televisions at a cost of several hundred dollars. We need to harness that power and that drive to high quality and low prices in the medical arena.

Instead of continuing to empower government and those who can afford lobbyists to protect their interests, let’s try reforms that put economic power back in the hands of healthcare consumers. Let’s trust the marketplace to do what it does so well — boost quality and keep prices comparatively low. We trust the marketplace to provide us with food, housing, technology, and a thousand other things, why not our healthcare as well?

Today, the average American eats better and spends a lot less to feed themselves than our great grandparents did. As a result, we have access to all manner of foods — something even kings didn’t have a few generations ago. Additionally, we work far fewer hours to obtain that food. As a result, we have more money for larger, more comfortable homes, nice automobiles, vacations, and hospitals — something average Americans in 1776 didn’t even dream about.

So if we want to see more affordable and better quality healthcare available to us all — why not harness the power of the marketplace? Where’s the proof that government-run schemes produce the needed quality and low costs? In contrast, the marketplace has a strong track record. Let’s try it! 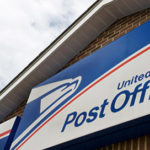 Frontiers of Freedom expressed great alarm this week over the U.S. Postal Service’s (USPS) latest financial results which showed $748 million in losses during the first quarter of FY 2020.

“The U.S. Postal Service is hemorrhaging money!  In the first quarter of FY 2020, they have already reported $748 million in losses.  And it isn’t like 2019 was a good year.  Last year, they lost an unbelievable $8.8 billion in FY2019.  To put that into perspective, the Postal Service has posted 13 consecutive years with a net loss of a billion dollars or more, and its unfunded liabilities and debt now total more than $143 billion. It is extraordinarily difficult to lose that kind of money when you are operating a government-granted monopoly like the Postal Service has on First Class Mail.”

Frontiers of Freedom President George Landrith also called out the agency over its negligence and financials, stating:

“It is readily apparent that the current USPS business model is failing.  It is up to Congress, the Postal Regulatory Commission, and the new heads of the USPS Board of Governors to address the ongoing challenges.  This includes ending nonsensical postal subsidies, trimming down the agency’s excessive costs, and complying with new laws impacting the USPS.”

Frontiers of Freedom previously hailed the work of Congress and President Trump to address some of USPS’ major systemic flaws with the enactment of the Synthetics Trafficking and Overdose Prevention (STOP) Act in 2018.  This bill was an essential step in requiring the Postal Service to meet industry standards in data collection and monitoring practices of packages that enter the U.S. from abroad.

Despite the required protocols to protect our communities from hazardous and criminal items, the Government Accountability Office reports that USPS continues to fall short on its requirements to provide Customs and Border Protection (CBP) with advanced electronic data (AED).

Failing to keep up with the directives of the STOP Act prompts further troublesome questions as the Department of Homeland Security embarks on robust initiatives to impede the flow of counterfeit and pirated goods. However, in assessing the Postal Service, DHS finds a “significant gap in the information CBP receives,” among numerous critiques and findings. Landrith remarked, “Ultimately, the work to intercept illicit drugs and contraband is an immense challenge, and there is simply no excuse for USPS to not do its part.”

On the USPS’ array of responsibilities, Landrith concluded:

“Americans should be greatly concerned about the USPS procrastinating on its priorities. Looking ahead, it is crucial for the board to install a new Postmaster General with well-qualified business expertise. The demands of stakeholders, legislators and citizens continue to go unanswered. The path to reform will be wide-ranging, and USPS leaders and lawmakers will need to act with urgency.”