Dear attorneys general, conspiring against free speech is a crime

Federal law makes it a felony “for two or more persons to agree together to injure, threaten, or intimidate a person in any state, territory or district in the free exercise or enjoyment of any right or privilege secured to him/her by the Constitution or the laws of the Unites States, (or because of his/her having exercised the same).”

I wonder if U.S. Virgin Islands Attorney General Claude Walker, or California Attorney General Kamala Harris, or New York Attorney General Eric Schneiderman have read this federal statute. Because what they’re doing looks like a concerted scheme to restrict the First Amendment free speech rights of people they don’t agree with. They should look up 18 U.S.C. Sec. 241, I am sure they each have it somewhere in their offices.

Here’s what’s happened so far. First, Schneiderman and reportedly Harris sought to investigate Exxon in part for making donations to groups and funding research by individuals who think “climate change” is either a hoax, or not a problem to the extent that people like Harris and Schneiderman say it is. END_OF_DOCUMENT_TOKEN_TO_BE_REPLACED

Massachusetts and the U.S. Virgin Islands are the latest to announce probes, specifically into whether ExxonMobil was up-front regarding what it knew about climate change.

“Fossil fuel companies that deceived investors and consumers about the dangers of climate change should be held accountable. That’s why we have joined in investigating ExxonMobil,” Massachusetts Attorney General Maura Healey said in announcing the inquiry. END_OF_DOCUMENT_TOKEN_TO_BE_REPLACED 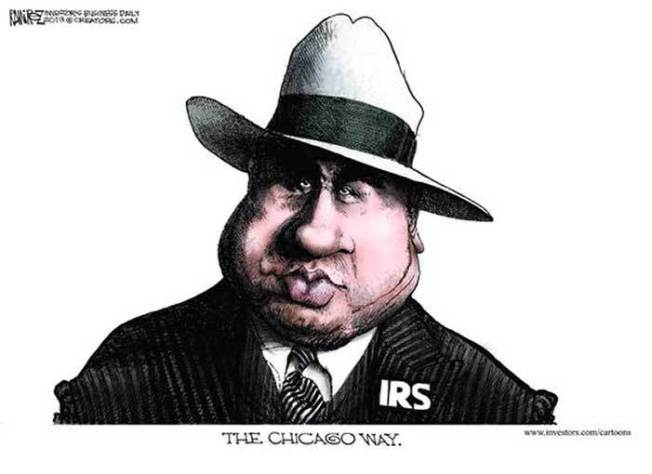 A federal judge said the IRS isn’t to be trusted as he and his colleagues tried Thursday to figure out whether the tax agency is still targeting tea party groups for intrusive and illegal scrutiny.

Judge David B. Sentelle of the U.S. Court of Appeals for the D.C. Circuit said there is strong evidence that the IRS violated the constitutional rights of the groups when it delayed their nonprofit status applications and asked inappropriate questions about their political beliefs.

The agency’s insistence that it has retrained employees and instructed managers to behave better did not mollify the judges, who said past IRS behavior doesn’t lend itself to the benefit of the doubt.

“It’s hard to find the IRS to be an agency we can trust,” Judge Sentelle said. END_OF_DOCUMENT_TOKEN_TO_BE_REPLACED

Competitive Enterprise Institute Subpoena: An Attack on Exxon & Us All 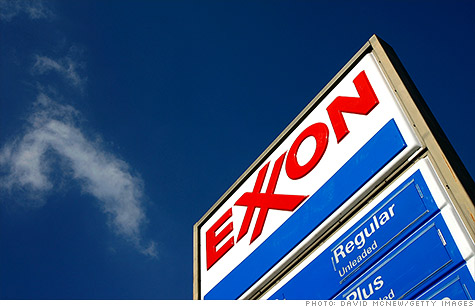 The Competitive Enterprise Institute, a libertarian-leaning think tank that has been a loud and trenchant critic of global-warming activism, is under subpoena by the attorney general of the U.S. Virgin Islands, who demands that the organization produce a decade’s worth of communication on the subject of global warming.

Intending no slight to our friends and CEI and the fine work they do (some of which NRO has published), this isn’t about libertarian exegesis of meteorological data, but rather an attempt to fry up a much, much bigger fish: Exxon. Exxon was, in the past, a substantial donor to CEI; presumably, communication with Exxon is no small part of what the subpoena hopes to uncover.

On March 29, a group of mainly Democratic attorneys general announced at a press conference (with former vice president and green-energy profiteer Al Gore in attendance) that they would seek to transform U.S. policy on climate change by “creatively” and “aggressively” deploying their prosecutorial powers. That, in and of itself, should raise an entire May Day parade’s worth of red flags: Prosecutors are in the business of enforcing the law, not rewriting it, and the open, naked promise to use prosecutorial powers as a political weapon is a prima facie abuse of office. In a self-respecting society, every one of those state attorneys general would have been impeached the next day. But this is the Age of Obama, not the Age of Self-Respect. END_OF_DOCUMENT_TOKEN_TO_BE_REPLACED

An anti-abortion activist who made undercover videos at Planned Parenthood clinics said in a social media posting that California Department of Justice agents raided his home Tuesday.

Agents seized all video footage from his apartment, along with his personal information, David Daleiden said in a Facebook post. Daleiden, the founder of a group called the Center for Medical Progress, said agents left behind documents that he contends implicate Planned Parenthood in illegal behavior related to the handling of fetal tissue.

In news that should shock and anger Americans, U.S. Attorney General Loretta Lynch told the Senate Judiciary Committee on Wednesday that not only has she discussed internally the possibility of pursuing civil actions against so-called “climate change deniers,” but she has “referred it to the FBI to consider whether or not it meets the criteria for which we could take action.”

Lynch was responding to a question from Sen. Sheldon Whitehouse, D-R.I., who urged Lynch to prosecute those who “pretend that the science of carbon emissions’ dangers is unsettled,” particularly those in the “fossil fuel industry” who supposedly have constructed a “climate denial apparatus.”

Lynch is apparently following in the footsteps of California Attorney General Kamala Harris and New York Attorney General Eric Schneiderman, both of whom have opened up investigations of ExxonMobil for allegedly lying to the public and their shareholders about climate change. END_OF_DOCUMENT_TOKEN_TO_BE_REPLACED 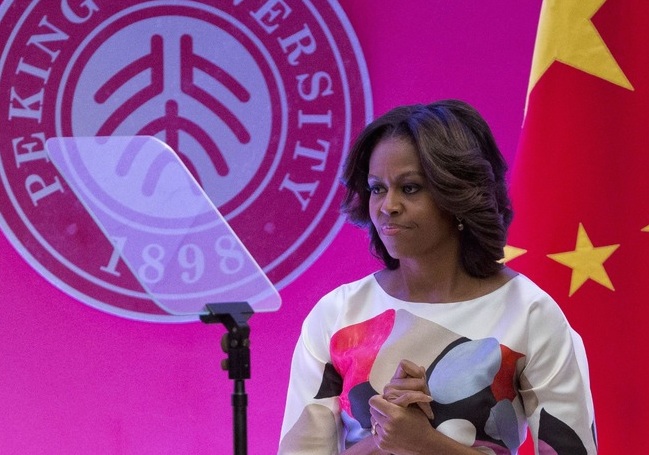 The regulation would punish schools and state departments with fines for “egregious or persistent disregard” for the lunch rules that imposed sodium and calorie limits and banned white grains. END_OF_DOCUMENT_TOKEN_TO_BE_REPLACED

Obama: Dissent Is Not American

Obama is annoyed with ISIS, but angry with Americans.

For our president, ISIS is the opponent, but Republicans are the enemy.

Three days after the Islamic State’s terrorist attacks in Paris, Americans were primed to hear their president express heartfelt anger, which he did in his press conference in Antalya, Turkey, at the end of the G-20 summit. And they did hear him describe ISIS as “this barbaric terrorist organization” and acknowledge that the “terrible events in Paris were a terrible and sickening setback.”

But what really got him angry, as the transcript and video make clear, were reporters’ repeated questions about the minimal success of his strategy against ISIS; Republicans’ proposals for more active engagement in Syria and Iraq; and critics of his decision to allow 10,000 Syrians into the United States. END_OF_DOCUMENT_TOKEN_TO_BE_REPLACED