The House agrees that the Internet should remain American

May 30, 2014, Washington, D.C. – George Landrith, President of Frontiers of Freedom, and Peter Roff, Senior Fellow, at Frontiers of Freedom commended the U.S. House of Representatives for passing by a vote of 229 to 178 an amendment offered by Rep. Sean Duffy to the Commerce, Justice, Science, and Related Agencies (CJS) funding bill that would block funding for the administration’s plans to relinquish control of the Internet and give it away to the international voices that push the hardest to obtain control of it.

The House did the right thing. Anyone who reads news that might be deemed offensive by Russia’s Putin or Iran’s Rouhani should be cheering. There is nothing that improves on the Internet by giving control of it to an unspecified UN-like organization that will include the world’s despots and those with a track record of censuring and punishing opposition views.  END_OF_DOCUMENT_TOKEN_TO_BE_REPLACED

Peter Roff on The Internet Giveaway

The World Wide Web and the Obama plan to give it away. It’s true. The last bastion of the ‘free’ free markets invented, owned and operated by the United States. This White House is poised to hand the keys over to the international community. The Internet Corporation for Assigned Names and Numbers, or ICANN, manages the World Wide Web under contract with the U.S. government. As of the fall of next year, that contract will not be renewed. Instead, ICANN will become a global organization, with no U.S. oversight.

END_OF_DOCUMENT_TOKEN_TO_BE_REPLACED

ICANNT even: Why the US government giving up control of the Internet is a catastrophic idea

While you were opening your first beer after a long week’s work last Friday, the administration made an announcement that may forever change the Internet:

It declared plans to give up control of the Internet.

The Commerce Department’s National Telecommunications and Information Administration announced it will no longer oversee ICANN, the nonprofit formed by the U.S. government that, along with the Commerce Department, has managed distribution of domain names for the entire Internet since 1998. The announcement, when considering timing, surrounding circumstances, and foreign policy implications, reeks of sheepishness, irresponsibility, and naiveté.

“The bureaucracy buries news of which it is not proud with a release late in the day on a Friday afternoon,” accurately wrote Paul Rosenzweig in The New Republic. END_OF_DOCUMENT_TOKEN_TO_BE_REPLACED

Handing Over the Keys to the Internet 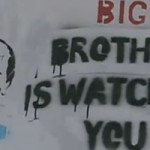 It’s nuts to cede control of the Internet to countries with poor records on free speech.

If at least for the sake of variation, those charged with riffling through last Friday’s news dumps must have been relieved to find neither new Obamacare delays nor abandoned red lines hiding among the detritus. And yet, while the less technically proficient could have been forgiven for having missed it, an announcement just as vexing was waiting in lieu: that America was planning to give up control of the Internet.

At this point in the proceedings, one is customarily chastised by pedants who note impatiently that the United States does not really “control” much of the Internet at all — at least not literally. The Internet, our dogmatists record, is a wildly decentralized network of computers, servers, and services that are run by non-governmental agencies, individual citizens, and private businesses, and fleshed out by the enthusiasm and the creativity of civil society. They are right, of course. In its structure, the Web is a libertarian’s dream — an explosion of spontaneous order and of mutual cooperation that would have made Hayek blush. It don’t need no stinkin’ Man.

And yet, as with all good things, it does have some framework — a slim skeleton on which the meat and the gristle might be laid. As Forbes’s Emma Woollacott confirmed on Saturday, should the U.S. government go through with its plan, the responsibilities to be farmed out will include the administration of changes to the DNS’s authoritative root zone file — the database containing the lists of names and addresses of all top-level domains — as well as managing the unique identifiers registries for domain names, IP addresses, and protocol parameters. END_OF_DOCUMENT_TOKEN_TO_BE_REPLACED