Those setbacks ate away at Obama’s public support. According to Gallup, the president began 2014 with a 41 percent approval rating, and he’s ending it a tick or two higher. He’s also ending the year as a certified lame duck, facing two final years with a hostile Congress and the political conversation centering around the likes of Hillary Clinton, Jeb Bush, and Rand Paul. END_OF_DOCUMENT_TOKEN_TO_BE_REPLACED

How to fight the lone wolf

The lone wolf is the new nightmare, dramatized and amplified this week by the hostage-taking attack in Sydney. But there are two kinds of lone wolves — the crazy and the evil — and the distinction is important.

The real terrorists are rational. Maj. Nidal Hasan, the Fort Hood shooter, had been functioning as an Army doctor for years. Psychotics cannot carry that off. Hasan even had a business card listing his occupation as SoA (Soldier of Allah). He then went out and, shouting “Allahu Akbar,” shot dead 13 people, 12 of them fellow soldiers. To this day, Hasan speaks coherently and proudly of the massacre. That’s terrorism. END_OF_DOCUMENT_TOKEN_TO_BE_REPLACED

Taliban and ISIS sink to ever newer levels of atrocities

It is a sad fact of modern life that homicidally inclined extremists feel they have to compete in frightfulness. It is no longer enough to just kill people in twos and threes. Terrorist outrages have to be evermore spectacular in the post-9/11 age. The attack this week on an army-run school in Peshawar, Pakistan, that killed 145, most of them children, takes atrocity to a new level for the Taliban, which is no doubt a reason why it did it.

The Taliban has said that the attack is an act of revenge for army operations in nearby Waziristan. But there are likely other reasons for the massacre.

The Taliban has been deeply impressed with the successes of the Islamic State, which now controls great swaths of territory across Iraq and Syria. Extremists are trying to match the Islamic State’s level of atrocities. Sadly, the very awfulness of its deeds is part of its recruiting appeal. END_OF_DOCUMENT_TOKEN_TO_BE_REPLACED

Encircling Baghdad: The Country that Became a City-State

ISIS-led anti-government Sunni Islam coalition troops have virtually surrounded Baghdad. Iraq’s largest province, al-Anbar, is almost totally occupied by anti-regime forces. Only a portion of Fallujah remains outside of occupation by the ISIS-led resistance. Following enemy takeover of Hit, regular Iraqi units fell back into a defensive posture at al-Asad, the largest military facility in Anbar. Several key population centers to the north and northeast have also fallen. Enemy gains last month north of Baghdad prompted U.S. aircraft bombing sorties previously unnecessary to the north. Since June, the central government also has lost ground east of the capital, with Diyala Province barely remaining under Shia control.[1] After the collapse of government forces in Hillah, south of the capital and the enemy’s mid-June seizures of Iskandariyah and Mahmoudiyah, barely six miles south of the Baghdad, routes to Iraq’s Shia heartland now also have been jeopardized.[2] END_OF_DOCUMENT_TOKEN_TO_BE_REPLACED

The president has a pattern of deflecting blame and denying responsibility. With military action against ISIS underway, that’s a dangerous habit. 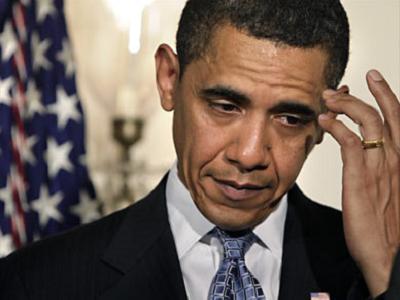 The time-tested strategy for Obama: Blame, deny, and wait-it-out When national security is at stake, politics should stop at the White House’s edge ‘The president is the captain of the ship and should assume accountability.’

September 29, 2014 In attempting to downplay the political damage from a slew of second-term controversies, President Obama has counted on the American people having a very short memory span and a healthy suspension of disbelief. The time-tested strategy for Obama: Claim he’s in the dark about his own administration’s activities, blame the mess on subordinates, and hope that with the passage of time, all will be forgotten. Harry Truman, the president isn’t. He’s more likely to pass the buck. END_OF_DOCUMENT_TOKEN_TO_BE_REPLACED

First, America has enemies because America stands for freedom. We can waste time in self-flagellation trying to figure out why murderous hate-filled terrorist troglodytes hate us and we can even blame ourselves for their hateful, murderous actions. But we should accept the undeniable truth is that we attract the hatred of those who hate freedom. END_OF_DOCUMENT_TOKEN_TO_BE_REPLACED

A World of Trouble for Obama 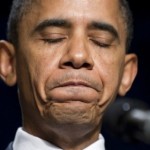 In March my Brookings colleague Robert Kagan memorably observed that President Obama was giving the American people the foreign policy they wanted—and they didn’t much like it. Overseas events have only deepened public concern. A Pew Research Center survey released Aug. 28 found that only 35% of people approve of the president’s handling of the crises in Iraq and Ukraine. Only 15% think we play a more important and powerful role in the world than we did a decade ago, compared with 48% who think our role is less important. And 65% believe that we live in a world more dangerous than it was a few years ago.

The Pew study also finds compelling evidence that Americans are beginning to change their minds about what they want. The share of those who think the U.S. does too much in the world has fallen to only 39% today, from 51% in November, while the share who thinks it does too little has nearly doubled, to 31% from 17%. In the early months of the Obama presidency, only 38% thought the president was “not tough enough” on national security; today, 54% believe that—a figure that includes more than one third of all Democrats. END_OF_DOCUMENT_TOKEN_TO_BE_REPLACED 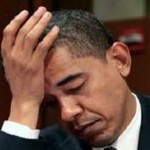 President Barack Obama’s stated goal in the fight against the Islamic State, aka ISIL, is to reduce it to a “manageable problem.”

What this means, he hasn’t spelled out in great specificity. Presumably fewer beheadings. A slower pace of Western recruiting. Fewer genocidal threats against embattled minorities. A downgrading of the caliphate to a mini-state, or merely a large swath of territory in Syria and Iraq.

The evil of ISIL has stirred nearly everyone around President Obama to ringing statements of resolve. Vice President Joe Biden says, “We will follow them to the gates of hell.” Secretary of State John Kerry tweets, “ISIL must be destroyed/will be crushed.” END_OF_DOCUMENT_TOKEN_TO_BE_REPLACED