At the White House, There’s Nobody Home

What has gone wrong with the U.S. government in the past month? Just about everything, from the fundamental to the ridiculous.

Israeli prime minister Benjamin Netanyahu visited the United States to warn Congress about the dangers of a nuclear Iran. He spoke without the invitation of an irritated President Obama, who claimed that he did not even watch the address on television.

Obama declined to even meet with the Israeli prime minister, announcing that it would have been improper for him to have such a meeting so close to Netanyahu’s re-election bid.

But if Obama was so concerned about not influencing the Israeli elections, why, according to some news accounts, is a Senate panel launching an investigation into whether Obama’s State Department gave grant money to a nonprofit organization, the OneVoice Movement, that sought to unseat Netanyahu with the help of several former Obama campaign operatives?

Then, 47 Republican senators signed an unusual letter to the Iranian theocracy, reminding it that any agreement on Iran’s nuclear program negotiated with the Obama administration would have to first clear Congress. END_OF_DOCUMENT_TOKEN_TO_BE_REPLACED 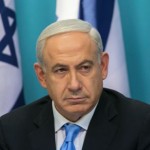 In negotiations with Iran, continued beyond two previously proclaimed deadlines, Obama has dropped demands that Iran disassemble centrifuges needed to produce nuclear weapons material. And he has proposed a 10-year time limit on the deal. END_OF_DOCUMENT_TOKEN_TO_BE_REPLACED

END_OF_DOCUMENT_TOKEN_TO_BE_REPLACED

The International Criminal Court: War By Other Means

Over at The Washington Times this weekend Center for Freedom and Prosperity President Andrew F. Quinlan put together a fantastic, hard-hitting, and sobering brief against the International Criminal Court in which he argues, “In Carl von Clausewitz’s classic On War, he famously declared, ‘War is politics by other means.’ But in the modern age, it’s become increasingly clear that international law is often just war by other means.”

An excerpt is below, but by all means do eventually read the entire piece.
END_OF_DOCUMENT_TOKEN_TO_BE_REPLACED 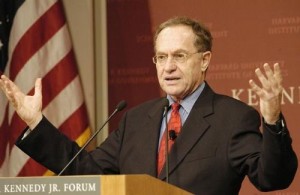 First the celebrated author, civil-liberties lawyer, and retired Harvard Law professor went on Newsmax TV to declare the decision would “mark the death of the ICC” — wishful thinking at best, alas — and then followed that broadside up a few days later with a pugilistic Jerusalem Post op-ed in which he argued the ICC had sacrificed legitimacy for too-easy politicized grandstanding for the following reasons:
END_OF_DOCUMENT_TOKEN_TO_BE_REPLACED

Why Netanyahu Is Right to Go Around Obama To Congress

Do they talk this way about Iranian President Hassan Rouhani?

After learning that Israeli Prime Minister Benjamin Netanyahu had accepted an invitation to address a joint session of Congress about the need for new sanctions to stop Iran’s nuclear program, the Obama administration went . . . well, nuclear.

One “senior American official” threatened Netanyahu, telling the Israeli newspaper Haaretz that “Netanyahu ought to remember that President Obama has a year and a half left to his presidency, and that there will be a price.” Meanwhile a “source close to [Secretary of State John] Kerry” told The Post that the “secretary’s patience is not infinite” and that “playing politics with that relationship could blunt Secretary Kerry’s enthusiasm for being Israel’s primary defender.” END_OF_DOCUMENT_TOKEN_TO_BE_REPLACED 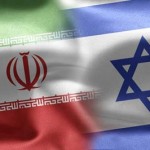 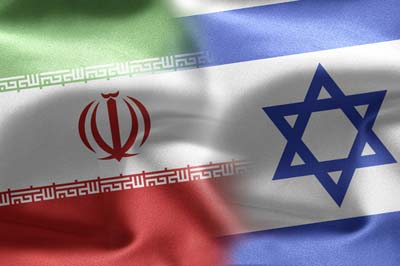 On the launch pad was a new 27-meter long missile, never seen before. END_OF_DOCUMENT_TOKEN_TO_BE_REPLACED

Are We Willing to Defend Ourselves?

The U.S. Air Force has just completed a review of the ballistic missile threats to the U.S.: China is building more ballistic missiles than anyone – and faster. By 2015, Iran’s and North Korea’s long-range missiles will be able to reach the United States.

The Israeli Air Force, on June 7, 1981, carried out Operation Opera, in which F-16s flew hundreds of miles and successfully destroyed the nuclear facility in Osirak, Iraq — the difficulty of the task only increased by the absence of laser-guided technology and the distance the jets had to fly.

When, shortly after, President Ronald Reagan was asked whether a National Security Council emergency session should be called to “assess what to do,” he replied, “Well, boys will be boys,” and calmly proceeded to the presidential helicopter. No NSC session was convened. END_OF_DOCUMENT_TOKEN_TO_BE_REPLACED

US administration officials stop missile transfer, order all future transfers to be scrutinized in sign of further cooling ties.

A new report reveals that US President Barack Obama’s administration stopped a shipment of missiles to Israel late last month and tightened weapons shipment procedures to Israel, as tensions between the two nations grow amid Operation Protective Edge.

The report in the Wall Street Journal, released Wednesday night, cites US officials in Obama’s administration, who say they discovered Israel had requested a large number of Hellfire missiles directly through military-to-military channels. An initial batch of the missiles was about to be shipped, according to sources in Israel and the US Congress. END_OF_DOCUMENT_TOKEN_TO_BE_REPLACED

Cranky opponents of the Iron Dome Israeli missile defense claim the system doesn’t work. Some in the arms control community have latched on to such criticism to smear missile defense work in general especially that in the United States.

While the troops of Israel’s Air Defense Command are blasting Grad and Fajr rockets shot from Gaza out of the sky with success, there are an obsessive few who try to blast Iron Dome’s evident achievements into oblivion. They insist on trivializing the missile-defense system’s rock-solid record because the facts don’t fit their theory that no missile defense system can ever work.

The chief Iron Dome scold is Ted Postol of Massachusetts Institute of Technology, a professor with academic standing but no experience in designing or managing the development of modern missile systems. END_OF_DOCUMENT_TOKEN_TO_BE_REPLACED

The U.S.-Israeli Alliance: No Apologies Necessary

Remember the commentaries after 9/11 that “we should have been expecting something like this”? Some even implied that America was, in part, responsible for the attacks because of our one-sided policy toward the Muslim World, and in particular, “our support for Israel’s occupation of Palestinian land.”

Remember also, though, the news reports about the cheering and dancing in Palestinian Arab neighborhoods on 9/11? Perhaps these celebrations resembled the high-fives and other macabre gestures of glee made by some Palestinian Arabs following the kidnapping of three Jewish teenagers in Gush Etzion near the ancient Judean city of Hebron. END_OF_DOCUMENT_TOKEN_TO_BE_REPLACED

Thune Speaks in Support of Israel and Iron Dome

U.S. Senator John Thune (R-South Dakota), Chairman of the Senate Republican Conference, today joined several of his Republican colleagues in reaffirming their support for Israel, America’s friend and ally, and its sovereign right to defend itself against Hamas: END_OF_DOCUMENT_TOKEN_TO_BE_REPLACED

President Obama’s handling of the Gaza conflict marks a sharp break with his attitude toward other Middle East conflicts, as well as the policies of previous U.S. presidents. In contrast to Obama’s lethargic and indifferent response toward such calamities as the Syrian regime’s serial massacres of its own population or threats like the Islamic State’s consolidation of control over large swathes of Iraq and Syria, Obama is exercised about the conflict in Gaza, and he has shocked Israelis across the political spectrum with his demand—made Sunday in a phone conversation with Israeli Prime Minister Netanyahu—for an “immediate, unconditional, humanitarian” cease-fire. However, a cease-fire for whatever purpose has a determining impact on the military situation, and the cease-fire Obama demanded would have stopped the Israelis from achieving a key objective—the destruction of Hamas’ “terror tunnels.” END_OF_DOCUMENT_TOKEN_TO_BE_REPLACED

The Missiles of July

In the last month, Hamas has now launched over 2000 rockets at Israel with Tel Aviv shooting down roughly 90% of those aimed at Israeli population centers. While the US need not fear a terrorist group launching rockets at Boston or Seattle from our northern neighbor Canada, missiles launched from the contiguous maritime regions around the United States or from terrorist sponsoring states such as North Korea or Iran or for that matter Russia or China, need to be intercepted as those threats are very real. END_OF_DOCUMENT_TOKEN_TO_BE_REPLACED