Sequester Show May Not Have Jumped The Shark, But Its Format Has Changed

“The sequester debate illustrates a central contradiction of progressive economic thought. On the one hand, progressives believe the U.S. economy is so fragile that even the mere threat of cuts in government spending would be disastrous. On the other hand, they believe this same economy is so resilient that billions upon billions of dollars in regulatory costs have no effect on growth at all.” 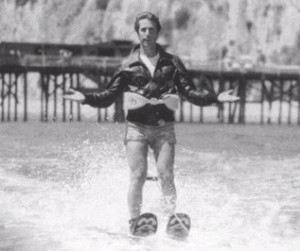 Are you watching the Sequester Show? In today’s Wall Street Journal, my friend Kim Strassel says the sequester drama has “jumped the shark,” a phrase used when a TV show loses popularity. As I have pointed out in OpenMarket before, the phrase originated with “Happy Days,” in which many a fan pinpointed the exact moment of the show’s descent to an episode in which Fonzie literally jumped over a shark with water skis.

Yet, I’m not sure “jump the shark” is the best phrase to describe what’s happened with the Sequester Show. It may not have jumped the shark, but changed formats and become even more popular — albeit to the detriment of the Obama administration. END_OF_DOCUMENT_TOKEN_TO_BE_REPLACED