Charge Toward Supreme Court Filibuster Will Cause Liberals to Suffer 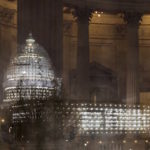 It’s not clear when the Senate started playing politics with Supreme Court nominations. Some say it’s been that way all along, going back at least as far as the time of Chief Justice John Marshall and Marbury vs. Madison.

Others say the confirmation process only became truly venomous after President Ronald Reagan selected federal judge Robert Bork, a former U.S. solicitor general, to fill a seat that would shift the high court’s delicate balance of power in a rightward direction.

Bork was ultimately defeated, not because he was unqualified for the post – according to the standards in place before he was nominated he could only be described as supremely qualified – but because Senate Democrats feared how he would rule. END_OF_DOCUMENT_TOKEN_TO_BE_REPLACED 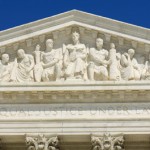 By Ronald A Cass • USAToday

Smart people often say stupid things. #MistakesHappen. But it takes a certain special orientation to repeat obviously false and ridiculous statements over and over. That’s a talent peculiar to politicians.

This talent is frequently on display during Supreme Court confirmation fights. Since the 1970s, every nominee from a Republican president has been attacked, among other things, as hostile to women’s rights and civil rights.

That includes Harry Blackmun, John Paul Stevens, Sandra Day O’Connor, Anthony Kennedy and David Souter — justices who often have been as zealous as any in finding, creating and expanding rights for women and minorities. Constantly being wrong, however, doesn’t prevent the same trope being trotted out as soon as the next nominee is announced. END_OF_DOCUMENT_TOKEN_TO_BE_REPLACED

Some Democrats, still seething over the stalled U.S. Supreme Court nomination of Merrick Garland, are trying. But their dream of delivering political retribution has, thus far, fizzled. That is not likely to change.

Gorsuch’s credentials are too impeccable, his intellect too keen and his temperament too even to fall victim to the kind of debasement that felled Judge Robert Bork and coined an infamous phrase.

If the Gorsuch confirmation hearings have proven anything, it’s that his opponents have no powder in their guns. Try as they may, there is little in the record of Neil Gorsuch that can be faulted. His rulings have been fair, his legal mind agile, and his fidelity to the law unimpeachable. END_OF_DOCUMENT_TOKEN_TO_BE_REPLACED