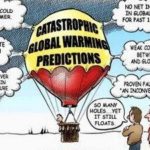 Radical environmentalists are mounting a two-pronged attack on free markets and human enterprise. The first is “nature rights,” which would allow anyone to sue to stop any significant use of the land or extraction of resources as violating “nature’s” supposed “right” to “exist, persist, maintain and regenerate its vital cycles, structure, functions and its processes in evolution.” Think of “nature rights” as a “shield” against large scale enterprise.

Lesser known, but even more potentially dangerous to human thriving, is the “ecocide” movement. Ecocide would criminalize enterprise that extracts natural resources or makes widespread use of the land, as a “crime against peace,” deemed an equivalent evil to genocide and ethnic cleansing. Think of “ecocide” as a “spear” that punishes large scale enterprise.

Here’s the general definition of ecocide:

Ecocide is the extensive destruction, damage to or loss of ecosystem(s) of a given territory, whether by human agency or other causes, to such an extent that peaceful enjoyment by the inhabitants of that territory has been severely diminished.

Note that “peaceful enjoyment by the inhabitants” is a very broad term, intended to include everything from grass, fish, and insects to mice, snakes, and people. And diminishment of “peaceful enjoyment” would not require actual pollution, but could mean a declining supply of forage or a loss of foliage caused by almost any use of the land, perhaps even simple urban or suburban growth.

Advocacy for ecocide has now gone mainstream, making the august pages of the New York Times. Using the fires in the Amazon as pretext, the Times’ Brazil bureau chief Ernesto Londoño, pushes the idea that Brazil’s president Jair Bolsonaro, should be hauled before The Hague to stand trial for ecocide. From the analysis piece:

There is no international crime today that can be used to neatly hold world leaders or corporate chief executives criminally responsible in peacetime for ecological catastrophes that result in the type of mass displacements and population wipeouts more commonly associated with war crimes. But environmentalists say the world should treat ecocide as a crime against humanity — like genocide — now that the imminent and long-term threats posed by a warming planet are coming into sharper focus.

In Mr. Bolsonaro they have come to see something of an ideal villain tailor-made for a legal test case.

It is worth noting that there are no voices in Londoño’s piece critical of ecocide advocacy.

It is my understanding that the Amazon fires do not mostly involve old growth forest, but rather, lands that have already been converted to farming. Whether that is true or not, should a duly elected president of a sovereign nation be hauled before the Hague and face criminal charges because environmentalists disagree with his country’s environmental and development policies legally enacted by that president or country?

If so, China’s leader Xi Jinping had better watch his back. I mean, have you ever breathed the air in Beijing?

Oh, Wesley, who are you kidding? Communists aren’t about to be targeted by radical environmentalists.

Besides, ecocide isn’t about punishing potential environmental catastrophes such as the Amazon fires. That is just a pretext. The actual goal is thwarting enterprise and opposing capitalism.

Want evidence? Ecocide campaigners’ chief villains heretofore have been corporate CEOs, whose supposed crimes have been to extract oil from Alberta’s tar sands. Indeed, in a mock trial held in the chambers of the English Supreme Court, hypothetical corporate tar sand CEOs were imprisoned for extracting oil from the fields.

Further demonstrating the real game this is afoot, Londoño foresees President Trump as a splendid candidate for ecocide imprisonment because he has thwarted mainstream environmentalist policies:

Mr. Bolsonaro is by no means the only world leader reviled by environmentalists. President Trump has been assailed for rolling back environmental regulations and pulling out of the Paris climate accord.

See what I mean about the Amazon fires being a pretext?

Radical environmentalists intend to thwart human thriving in order to “save the planet.” As “nature rights” advances — four rivers have now been granted human-type rights — look for campaigners to push hard to make “ecocide” an international crime. If they succeed, the world will face a substantially less prosperous future.

The UN Admits That The Paris Climate Deal Was A Fraud 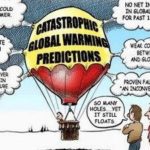 Global Hot Air: Here’s a United Nations climate report that environmentalists probably don’t want anybody to read. It says that even if every country abides by the grand promises they made last year in Paris to reduce greenhouse gases, the planet would still be “doomed.”

When President Obama hitched America to the Paris accords in 2016, he declared that it was “the moment that we finally decided to save our planet.” And when Trump pulled out of the deal this year, he was berated by legions of environmentalists for killing it.

But it turns out that the Paris accord was little more than a sham that will do nothing to “save the planet.”

According to the latest annual UN report on the “emissions gap,” the Paris agreement will provide only a third of the cuts in greenhouse gas that environmentalists claim is needed to prevent catastrophic warming. If every country involved in those accords abides by their pledges between now and 2030 — which is a dubious proposition — temperatures will still rise by 3 degrees Celsius by 2100. The goal of the Paris agreement was to keep the global temperature increase to under 2 degrees.

Eric Solheim, head of the U.N. Environment Program, which produces the annual report, said this week that “One year after the Paris Agreement entered into force, we still find ourselves in a situation where we are not doing nearly enough to save hundreds of millions of people from a miserable future. Governments, the private sector and civil society must bridge this catastrophic climate gap.”

The report says unless global greenhouse gas emissions peak before 2020, the CO2 levels will be way above the goal set for 2030, which, it goes on, will make it “extremely unlikely that the goal of holding global warming to well below 2 degrees C can still be reached.”

Not to worry. The UN claims that closing this gap will be easy enough, if nations set their collective minds to it.

But this is a fantasy. The list of what would need to be done by 2020 — a little over two years from now — includes: Boosting renewable energy’s share to 30%. Pushing electric cars to 15% of new car sales, up from less than 1% today. Doubling mass transit use. Cutting air travel CO2 emissions by 20%. And coming up with $1 trillion for “climate action.”

Oh, and coal-fired power plants would have to be phased out worldwide, starting now.

According to the report, “phasing out coal consumption … is an indispensable condition for achieving international climate change targets.” That means putting a halt to any new coal plants while starting to phase out the ones currently in use.

Good luck with that. There are currently 273 gigawatts of coal capacity under construction around the world, and another 570 gigawatts in the pipeline, the UN says. That would represent a 42% increase in global energy production from coal. Does anyone really think developing countries who need coal as a cheap source of fuel to grow their economies will suddenly call it quits?

So, does this mean the planet is doomed? Hardly. As we have noted in this space many times, all those forecasts of global catastrophe are based on computer models that have been unreliable predictors of warming. And all of the horror stories assume the worst.

What the report does make clear, however, is that all the posturing by government leaders in Paris was just that. Posturing. None of these countries intended to take the drastic and economically catastrophic steps environmentalist claim are needed to prevent a climate change doomsday.  As such, Trump was right to stop pretending.

Whether you believe in climate change or not, the Paris climate accord amounted to nothing, or pretty close to it. Even the UN admits that now.

We Are Not Doomed

This morning, the New York Times published an essay by University of Notre Dame English professor Roy Scranton that began with this remarkable paragraph:

“I cried two times when my daughter was born. First for joy, when after 27 hours of labor the little feral being we’d made came yowling into the world, and the second for sorrow, holding the earth’s newest human and looking out the window with her at the rows of cars in the hospital parking lot, the strip mall across the street, the box stores and drive-throughs and drainage ditches and asphalt and waste fields that had once been oak groves. A world of extinction and catastrophe, a world in which harmony with nature had long been foreclosed. My partner and I had, in our selfishness, doomed our daughter to life on a dystopian planet, and I could see no way to shield her from the future.”

I couldn’t help but think back to the day when my son was born — my second child. I had tears in my eyes twice that day as well. The first, when he was born (seemingly healthy), and the second time when he was pulled out of our arms for emergency care. He had END_OF_DOCUMENT_TOKEN_TO_BE_REPLACED

A Washington State Carbon Tax: All Pain, No Gain 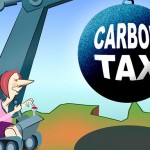 With respect to Washington governor Jay Inslee’s renewed proposal for a “carbon” tax on that state’s greenhouse-gas (GHG) emissions, a number to keep closely in mind is: 2/1000 of a degree.

That would be the global temperature effect in the year 2100 if Washington were to reduce its GHG emissions to zero immediately. That figure comes from the Environmental Protection Agency’s climate model, under a set of assumptions that exaggerate the effects of emissions reductions.

Obviously, the effect of the governor’s proposed tax would be vastly smaller. And by the way, the governor’s proposal would not apply to jet fuel, as Boeing is the state’s largest private employer. Even with that glaring concession to political reality, Inslee apparently still believes that the state should make itself a moral example and “mark the way.” Sorry, but the federal bureaucracy until Donald Trump assumed the presidency was way ahead of him. Implementation of the Obama administration’s entire package of climate policies would have reduced temperatures by 25/1000 of a degree, while the Paris agreement, if implemented fully, would yield a reduction of 17/100 of a degree. Those effects, by the way, would be too small to be measured reliably.

And so Inslee’s claim that his proposed tax would “save our children” from droughts, flooding, fires, and other “existential threats” is preposterous. END_OF_DOCUMENT_TOKEN_TO_BE_REPLACED 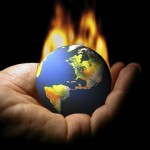 By Megan G. Oprea • The Federalist

It’s all over the news: Syria has joined the Paris climate agreement, leaving the United States as the only country in the world that is not a signatory. Many observers and commentators are using this as an opportunity to chastise America for holding out where a roundly abhorred government has given in. But the questions people should really be asking are why Syria joined the Paris agreement and why it chose to do so now, two years after the agreement was first adopted. The answer is simple. Syria is seeking international legitimacy.

No doubt, copy editors across the mainstream media relished the chance to write headlines like, “As Syria Joins Paris Climate Agreement, US Stands Alone” or “As Syria Embraces Paris Climate Deal, It’s the United States Against the World,” emphasizing America’s isolation over climate change and juxtaposing Syria as the “good guy” with the United States as the “bad guy.” After all, if even Syria is signing on, how bad does that make America? END_OF_DOCUMENT_TOKEN_TO_BE_REPLACED