Hundreds of scientists sent a letter to lawmakers Thursday warning National Oceanic and Atmospheric Administration (NOAA) scientists may have violated federal laws when they published a 2015 study purporting to eliminate the 15-year “hiatus” in global warming from the temperature record. END_OF_DOCUMENT_TOKEN_TO_BE_REPLACED

The number of excuses for the global warming pause or hiatus had grown to more than 66 when the National Oceanographic and Atmospheric Administration (NOAA) added yet another one to the list in a just-published study in Science. In their argument that came out yesterday, NOAA said that long-existing instrument bases have masked rising sea surface temperatures. Once they “readjusted” the data, the warming hiatus disappeared. By cooling the past, they were able to make the most recent years even warmer.

This assessment has drawn heavy criticism from both sides of the bitter climate debate, but one thing no one disputes: NOAA may have overstepped its authority in rewriting climate history and relying on faulty data sets. By making the early 1900s colder, and using only land-based temperature stations and less-reliable ocean temperatures, NOAA can now readjust the past to chart a new future.

This new study also comes at a time when President Obama has shifted his focus to climate change, not to mention the EPA’s proposed plans to completely revamp the country’s power plant system through new regulations. END_OF_DOCUMENT_TOKEN_TO_BE_REPLACED

Americans have been hearing it for decades, wavering between belief and skepticism that it all may just be a natural part of Earth’s cyclical warming and cooling phases. END_OF_DOCUMENT_TOKEN_TO_BE_REPLACED

The finding comes ahead of the UN summit in Paris that is expected to result in big cuts in greenhouse gas emissions.

The British public is increasingly sceptical that human activity is to blame for climate change, a poll for Sky News suggests.

Almost one in five people believes that natural processes rather than man-made carbon dioxide emissions are causing global warming, according to the survey by Sky Data.

In a similar poll by YouGov two years ago, just one in 14 people said humans were not responsible for the problem.

The Sky News poll comes ahead of the United Nations summit in Paris that is likely to result in big cuts in greenhouse gas emissions. END_OF_DOCUMENT_TOKEN_TO_BE_REPLACED

While 97 percent of scientists may agree mankind is driving global warming, 97 percent of Americans don’t seem to care about the issue when stacked up against other concerns such as terrorism or the economy, according to a recent Fox News poll.

A November Fox News poll of more than 1,000 registered voters found that only 3 percent listed “climate change” as the most important issue facing the country today, down from 5 percent in August. Americans were much more worried about terrorism, the economy and immigration than global warming.

What irony. The latest attack on fellow scientists was launched by academics from a university named for the patriot who wrote the original Virginia version of our Bill of Rights. Those rights include freedom of speech and assembly, the right to petition our government, and protection from unreasonable search and seizure of our property.

Sadly, it reflects the appalling state of “academic freedom” on too many campuses, which today celebrate every kind of diversity except diversity of opinion.

Jagadish Shukla, four associates at his George Mason University-based Institute of Global Environment and Society, and 15 other climate researchers have signed an outrageous letter, asking President Obama and Attorney General Loretta Lynch to investigate “organizations that have knowingly deceived the American people about the risks of climate change.” END_OF_DOCUMENT_TOKEN_TO_BE_REPLACED

President Obama once praised it as a shining example of America’s clean energy future. “With projects like this one,” he said at the site of a solar plant just before construction started, “we’re putting Americans to work producing clean, home-grown American energy.”

And his Department of Energy showered $1.6 billion in loan guarantees, as well as $600 million in tax credits.

The plant is the Ivanpah Solar Power Facility, a behemoth that uses hundreds of thousands of mirrors spread out over more than five square miles of the Mojave Desert. The mirrors all aim at the tops of three 459-foot towers, where the heat boils water in tanks held there, which generates steam to turn the electricity-producing turbines. END_OF_DOCUMENT_TOKEN_TO_BE_REPLACED

Unable to address Texas senator Ted Cruz’s questions about “the Pause” — the apparent global-warming standstill, now almost 19 years long — at Tuesday’s meeting of the Senate Judiciary Subcommittee on Oversight, Sierra Club president Aaron Mair, after an uncomfortable pause of his own, appealed to authority: “Ninety-seven percent of scientists concur and agree that there is global warming and anthropogenic impact,” he stated multiple times.

The relevant exchange begins at 1:39 (though the whole segment is worth watching):

END_OF_DOCUMENT_TOKEN_TO_BE_REPLACED 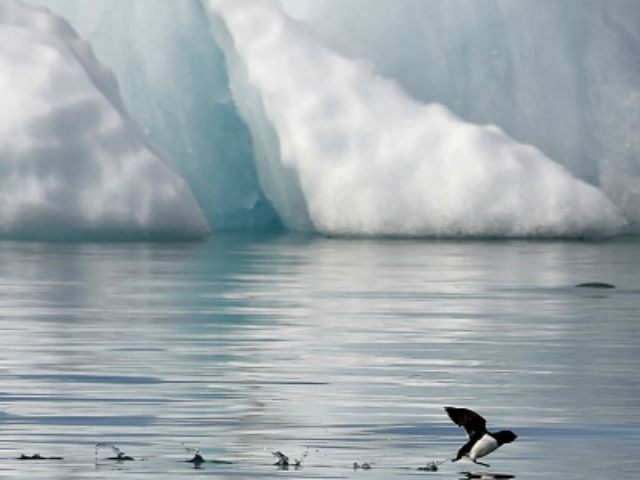 It’s October, so the Nobel Prize committees are announcing their annual awards. Meanwhile, I’ve been busy taking away phony Nobel prizes from three members of the global warming industrial complex.

At the end of September, I noticed that Youngstown State University had announced an upcoming November event with “Nobel Prize winner Michael Mann,” a Penn State professor and inventor of the infamous hockey (hokey?) stick graph. I complained to Youngstown State that Mann had not won the Nobel Prize. He was merely one of hundreds of contributors to reports produced by the UN’s Intergovernmental Panel on Climate Change, which was the actual Novel Peace Prize winner in 2007. Mann has on multiple occasions falsely claimed to be a Nobelist, including on the jacket of one of his books and in litigation with pundit Mark Steyn. END_OF_DOCUMENT_TOKEN_TO_BE_REPLACED

Getting Rich off Climate Extremism

It would seem to go without saying, but: Before accusing myriad individuals and organizations of defrauding the American people, it’s advisable to make sure you are not currently doing the same.

With that in mind, meet Jagadish Shukla, professor of climate dynamics at George Mason University. On September 1, Dr. Shukla and 19 other climate scientists sent a letter to President Obama, Attorney General Loretta Lynch, and White House Office of Science and Technology policy director John Holdren calling for “a RICO investigation of corporations and other organizations that have knowingly deceived the American people about the risks of climate change,” a (criminally irresponsible) tactic initially proposed by Rhode Island senator Sheldon Whitehouse in a Washington Post op-ed in May. The letter could be found on the website of the Institute of Global Environment and Society (IGES) — the “non-profit, tax-exempt research institute” founded and headed by Dr. Shukla. ​ END_OF_DOCUMENT_TOKEN_TO_BE_REPLACED

A climate of delusion

President Obama’s globalist rhetoric captured hearts at the United Nations but it will take more than hot air to make global warming cool with anyone but the easily fooled. Like the rooster that thinks his cock-a-doodle-doo makes the sun rise, Mr. Obama touts the notion that the president of the United States can command the forces of nature that made the planet hospitable before the human race was born. He knows he can’t do that, but he might pick the pockets of the prosperous to pay for a fantasy.

Nobody talks like Mr. Obama, and he did his Sunday best at the United Nations, and again on Monday, to promote the U.N.’s 2030 Agenda for Sustained Development. Only the heartless were unmoved by his lamentation that “some 800 million men, women and children are scraping by on less than $1.25 a day.” And “when 11 boys and girls die every single minute from preventable causes,” as the president said they do, who would stand to oppose fighting childhood diseases? END_OF_DOCUMENT_TOKEN_TO_BE_REPLACED 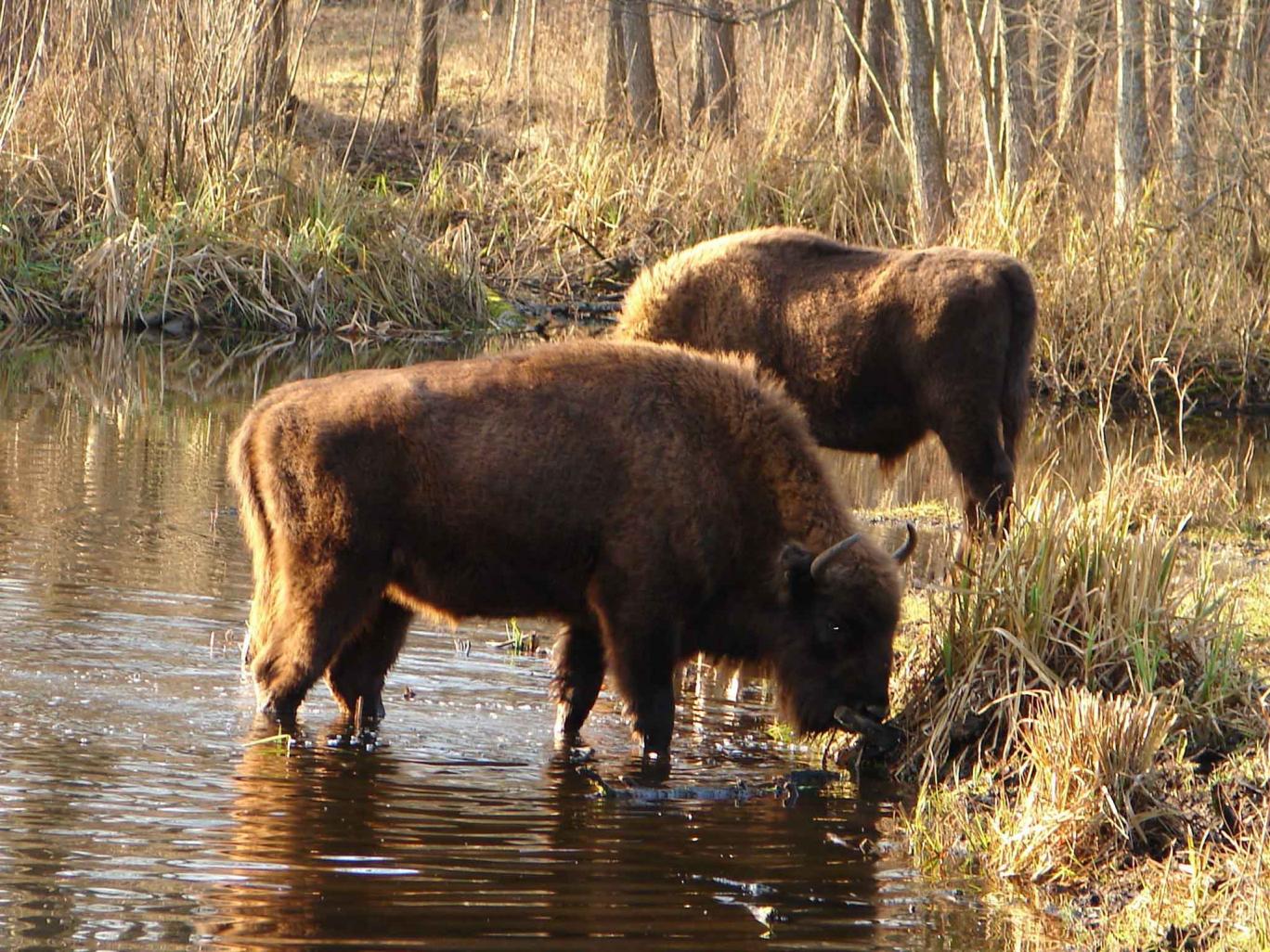 The scientists found no evidence to support earlier studies suggesting that wildlife in the region had suffered from the radiation released after the Chernobyl accident of 1986 which sent plumes of radioactive emissions across much of northern Europe, causing radiation “hotspots” within the exclusion zone. END_OF_DOCUMENT_TOKEN_TO_BE_REPLACED

Wake up, Obama, climate change has been happening forever

President Obama hiked to Exit Glacier in Alaska last week, with photographers in tow, to send the world a message: The glacier is melting.
Obama blames it on the increasing use of fossil fuels such as coal, oil and natural gas, which he wants to restrict not only in the United States but worldwide. The photo op was designed to build support for an international climate agreement he’s pushing hard to sell, so far with little success.

Trouble is, the president needs to get his facts straight. Exit Glacier has been shrinking for 200 years — since 1815 — long before widespread industrialization and automobiles. As the president ended his trip, he sounded the alarm again: “This state’s climate is changing before our eyes.”

News flash, Mr. President: Alaska has been buffeted by cyclical swings in climate for thousands of years. That’s true for the rest of the world, too. There was a 300-year-long Medieval heat wave, followed by a Little Ice Age that began around 1300, and then the 300-year warming period we’re in now. END_OF_DOCUMENT_TOKEN_TO_BE_REPLACED

The science on global warming is settled, so settled that 20 climate scientists are asking President Barack Obama to prosecute people who disagree with them on the science behind man-made global warming.

Scientists from several universities and research centers even asked Obama to use the Racketeer Influenced and Corrupt Organizations Act (RICO) to prosecute groups that “have knowingly deceived the American people about the risks of climate change, as a means to forestall America’s response to climate change.”

RICO was a law designed to take down organized crime syndicates, but scientists now want it to be used against scientists, activists and organizations that voice their disagreement with the so-called “consensus” on global warming. The scientists repeated claims made by environmentalists that groups, especially those with ties to fossil fuels, have engaged in a misinformation campaign to confuse the public on global warming. END_OF_DOCUMENT_TOKEN_TO_BE_REPLACED

NOAA Massively Ramps Up Their Temperature Fraud Ahead Of Paris

As of last year, NOAA didn’t show much, if any August warming for almost 20 years.

That didn’t suit Barack Obama’s agenda, so they simply changed the data to make the hiatus disappear. END_OF_DOCUMENT_TOKEN_TO_BE_REPLACED