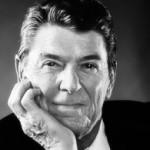 One of the biggest differences between Reagan and these latter-day losers was that Reagan paid great attention to explaining his policies and values. He was called “the great communicator,” but much more than a gift for words was involved. The issues that defined Reagan’s vision were things he had thought about, written about and debated for years before he reached the White House. END_OF_DOCUMENT_TOKEN_TO_BE_REPLACED