Americans for Tax Reform led a coalition with other center-right organizations flagging concerning developments in the infrastructure bill negotiations. Price controls and rate regulation; dramatic expansion of executive brand and agency authority; and government-controlled internet should never be on the table.

You can read the letter below or click HERE for a full version:

We write to you today over some concerning developments in the bipartisan infrastructure negotiations on broadband. We are guided by the principles of limited government and believe that the flaws in the infrastructure framework go well beyond the issues discussed here. Nonetheless, our present aim is to advocate specifically against proposals that would enact price controls, dramatically expand agency authority, and prioritize government-controlled internet.

Nor should Congress continue to abdicate its oversight responsibilities to executive branch agencies like the National Telecommunications and Information Administration. Giving NTIA unchecked authority to modify or waive requirements, renders all guardrails placed by Congress meaningless. There must be oversight of the programs to ensure that taxpayer dollars go toward connecting more Americans to broadband as opposed to wasteful pet projects.

Historically, attempts by NTIA to close the digital divide through discretionary grants have failed, leading to wasteful overbuilds, corruption, and improper expenditures. The American Recovery and Reinvestment Act of 2009 created the $4 billion Broadband Technology Opportunities Program (BTOP) grant program administered by NTIA. From 2009, when BTOP was instituted, to 2017, at least one-third of all the reports made by the Inspector General for the Department of Commerce were related to the BTOP program, and census data showed that the BTOP program had no positive effect on broadband adoption. And this was with only $4 billion in taxpayer dollars. We cannot afford to make the same mistake with much greater sums.

Legislation must be clear and not create ambiguities that are left to the whims of regulators. While “digital redlining” is unacceptable, the FCC should not be allowed to define the term however it sees fit and promulgate any regulations it thinks will solve problems—real or imagined. Doing so would give the agency carte blanche to regulate and micromanage broadband in any way it desires. This would be an egregious expansion of FCC authority. Moreover, definitions and regulations could change whenever party control of the agency changes, leading to a back-and-forth that creates uncertainty for consumers and businesses.

Legitimate desire to ensure that low-income Americans have access to broadband infrastructure should not be used as a smokescreen to codify aspects of the recent Executive Order on Competition, which should not be included in any bipartisan infrastructure agreement. Republicans fought hard to support the FCC’s Restoring Internet Freedom Order. Any legislating on the functions and deployment of Internet technologies must move as a standalone bill through regular order with committee review. These questions are far too important to shoehorn into a massive bill without rigorous debate.

Any funding for broadband buildout must target locations without any broadband connection first, and this should be determined by the Congressionally mandated FCC broadband maps. Congress has oversight over the FCC and the FCC has already conducted several reverse auctions. Reverse auctions get the most out of each taxpayer dollar towards closing the digital divide. Areas where there is already a commitment from a carrier to build out a network, should not be considered for grants, and the NTIA should not be able to override the FCC’s map to redefine “unserved” and subsidize duplicative builds.

Government-controlled Internet should not be prioritized in any grant program. With few exceptions, government-owned networks (GONs) have been abject failures. For example, KentuckyWired is a 3,000-mile GON that was sold to taxpayers as a $350 million project that would be complete by spring of 2016. Those projections could not have been more wrong.   More than five years past the supposed completion date, fiber construction for KentuckyWired is still “in progress” in some parts of the state and a report from the state auditor has concluded that taxpayers will end up wasting a whopping $1.5 billion on this redundant “government owned network” over its 30-year life. NTIA should certainly not encourage these failures to be replicated.

We appreciate your work to help close the digital divide and agree that access to reliable internet is a priority, however we should not use this need to serve as a cover for unnecessary

government expansion. Please feel free to reach out to any of the undersigned organizations or individuals should you have questions or comments. 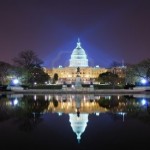 Spearheading this review is the Pacific Legal Foundation’s Todd Gaziano—who helped write the 1996 act—and the Heritage Foundation’s Paul Larkin. Their legal findings, and a growing list of rules that might be subject to CRA, are on www.redtaperollback.com. END_OF_DOCUMENT_TOKEN_TO_BE_REPLACED

The new order was issued even though recent scientific data have contradicted claims that use of carbon energy — such as gasoline — will drive up the world’s temperature and induce damaging climate change. Average temperatures have leveled for more than a decade, despite the sharply rising use of carbon energy in China and other countries. END_OF_DOCUMENT_TOKEN_TO_BE_REPLACED

The new order was issued even though recent scientific data have contradicted claims that use of carbon energy — such as gasoline — will drive up the world’s temperature and induce damaging climate change. Average temperatures have leveled for more than a decade, despite the sharply rising use of carbon energy in China and other countries. END_OF_DOCUMENT_TOKEN_TO_BE_REPLACED

The most recent evidence comes from a Gallup survey of small businesses, commissioned by Littler Mendelson, a labor & employment law firm. Gallup found that more than four in 10 companies have frozen hiring because of Obama-Care, and almost one in five have cut workers to minimize the cost of the law. END_OF_DOCUMENT_TOKEN_TO_BE_REPLACED