Reagan’s State of the Union — beginning his second term 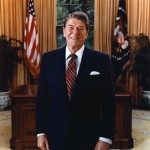 “Every dollar the federal government does not take from us, every decision it does not make for us will make our economy stronger, our lives more abundant, our future more free.” 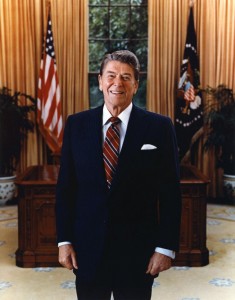 Granted the privilege of being elected to a second term, it was his first term accomplishments which enabled Reagan to describe the continued path to an even greater future. These concrete accomplishments – in the face of a terrible economy and a palpable lack of hope — gave the country confidence that we could become the shining city on a hill he so often pointed to. His February 6, 1985 State of the Union address cemented these hopes in the minds and hearts of Americans of all walks of life. Reagan’s generous, positive vision of the future was contagious. This contagion was assisted by the results of the politics and policies he pursued. END_OF_DOCUMENT_TOKEN_TO_BE_REPLACED