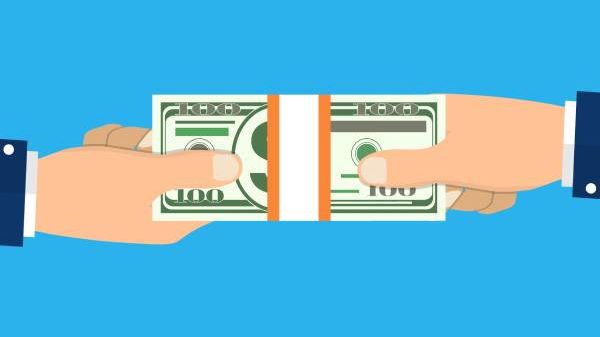 The recent coronavirus pandemic has left Americans scrambling to adjust to the new reality of state-sanctioned isolation. As governments struggle to address the crisis, big conglomerates have been trying to leverage this scare to get public approval wins and points with legislators.

We’ve all received emails from companies this week who can’t wait to talk about how much they’re helping. Amazon is conducting a massive hiring push; utility companies are postponing payments. But don’t be fooled. They never have, and never will, set aside their own self-interest and have only the consumers’ best interest at heart.

As this crisis continues, we should observe their interactions with legislatures and be vigilant in monitoring the favors for which they are asking.

Take, for example, Exelon. Exelon is a national energy supplier that operates in five states and the District of Columbia. It generated over $33 billion in revenue last year alone, and during the crisis has tried to drum up headlines by donating more than $1 million through its family of companies to fight the pandemic.

Additionally, they have suspended service disconnections to customers and have made direct donations to relief efforts. All of this is undoubtedly good for consumers and the public, but what do they want in return?

We’ve seen plenty of examples of what companies want when they work with governments. It’s the same thing they want from consumers: money. Whether it’s Foxconn and Amazon asking for relocation tax credits, or local developers cashing in on bad government policy, big companies do whatever it takes to turn their cash-grabs into positive PR.

You’ve seen the photo-ops. Company heads and elected officials standing together, praising the potential economic gains that will be made by these deals. In reality, however, these deals rarely amount to anything more than a taxpayer-giveaway to special interest groups.

In examining what the end goal is for some of these corporations, let’s look at an example of lobbying issues currently happening in Illinois. The state is looking to do an overhaul of the energy sector by passing a green energy bill, known as the Clean Energy Jobs Act.

State lawmakers created sections within the bill that would allow Exelon to inflict even higher costs on taxpayers, but then corruption probes into the company’s lobbying and relationship with state lawmakers got in the way and sidelined the bill in 2019. Now with the virus presenting an opportunity for a PR victory, it’s not surprising to see the neighborhood utility conglomerate strike a more helpful appearance right before the state legislature is expected to move the bill.

While $1 million and some customer bill relief may sound generous, it’s barely even a fraction of the hundreds of million this Fortune 100 company receives in subsidies from taxpayers annually. And what Exelon would get in return with the passage of this new bill will amount to substantially more than its $1 million PR push. At the end of the day, companies do what’s best for their bottom line.

Companies like Exelon operate as opportunists when disasters provide a chance to gain support from the public (think Oakley sunglasses with the Chilean miners.) Still, we can’t allow that to distract from the predatory actions these same companies use when pushing to gain access to tax dollars.

Exelon has attempted to hijack a clean energy jobs bill to receive more business and subsidies — ensuring continued cash flow regardless of performance, all while destroying any good the bill would do.

As we watch the world respond to this terrible crisis, we must remain vigilant to the cronyism that persists in the economy today from massive corporations whose entrepreneurial instincts have led them to reach for the state coffers in hopes at an easy payday.

While we should praise the companies who commit to actions that better the public good, we must never lose sight of the possible corruption these conglomerates are perpetrating. The health of our nation depends on it.