George Landrith, Dr. Joe Mangiacotti, and Tom Donelson discuss the leading issues of the week: (1) World Economic Forum Foundation Chair Klaus Schwab says China is a role model; (2) Dr. Fauci admits he’s a bureaucrat, not a scientist or even a physician; (3) Alaska’s Ranked Choice Voting helps losers win and turns representative democracy on its head; (4) the lame stream media lies once again about acts of violence and tries to pin hate crimes on conservatives — it turns out that the Colorado club shooter was not a Conservaitve and instead is a non-binary guy who uses they/them pronouns; (5) inflation is surging despite Biden’s claim that it is under control and he’s fixed the problem the vast majority of Americas have had to cut back for Thanksgiving and Christmas. And we will each have a “one more thing” story to discuss!

George Landrith, Dr. Joe Mangiacotti, Tom Donelson, and Dr. Larry Fedewa discuss the leading issues of the week: (1) the FTX cryptocurrency scandal that has Ukraine, Democrats and Sam Bankman-Fried at its epicenter. (2) the U.S. House of Representatives will flip and Nancy Pelosi will lose control of the gavel. It looks like Kevin McCarthy and Mitch McConnel will lead in the House and Senate respectively. (3) Russia’s war of conquest in Ukraine took an interesting turn — with missiles landing in Poland. What’s really going on?  And should the US continue to send pallets of cash to Ukraine or should we focus on actually helping them repel Putin’s forces? (4) What’s up with the Georgia run-off election? Will Biden’s automatic vote in incumbent Warnock win a full term to the US Senate or will Georgia decide it would like someone to represent Georgia — like Herschel Walker. And we will each have a “one more thing” story to discuss!

George Landrith, Dr. Joe Mangiacotti, Tom Donelson, and Dr. Larry Fedewa discuss the leading issues of the week: (1) the massive red wave didn’t quite materialize the way many thought it would, but it appears that the GOP will control the House and may also control the Senate — depending upon the outcomes of three seats — Georgia, Nevada, and Arizona. But why was the red wave not a big as expected?  (2) Election night was a good night for Florida Ron DeSantis — why was that?  (3) Some claim that Trump was a loser on election night despite the fact that he wasn’t on the ballot. While some of his endorsed candidates lost, some of the won too. So why is he being called a loser?  (4) What can we learn from New York where the GOP unseated some unexpected Democrats?  (5) What can we learn from Florida where the GOP did have an impressive red wave?  (6) With extremists like John Fetterman elected to the Senate, will the Democrats be able to moderate? Or will they continue to be the socialist party and the party of extremism?  (7) How can Biden hope to moderate and work with Republicans when he spent the last six months fomenting violence against conservatives and calling them fascists and existential threats to our republic. And we will each have a “one more thing” story to discuss!

George Landrith, Dr. Joe Mangiacotti, Tom Donelson, and Dr. Larry Fedewa discuss the leading issues of the week: (i) should we be allowing China to buy American high tech chip companies? (ii) Joe Biden gave his second incendiary campaign speech masquerading as a presidential address. What the heck is going on? (iii) Joe Biden has been caught telling obvious lies — in many cases repeatedly. Is he a pathological or compulsive liar? (iv) What are the midterm elections looking like? How many seats do the Republicans win in the House? And can they win the majority in the Senate? And what are the issues driving this election? (v) The Left is demanding a COVID “amnesty” in an attempt to avoid accountability for the numerous abuses, lies, and illegalities of the past two years. Should they get a pass and escape accountability for what they did to America? And we will each have a “one more thing” story to discuss!

George Landrith, Dr. Joe Mangiacotti, Tom Donelson, and Dr. Larry Fedewa discuss the leading issues of the week: The debates and how they went and why the Democrats are reluctant to debate or wanted only one and wanted it very late in the process. What the Fetterman and Dr. debate meant. Extremist Gov. Hochul vs. Rep. Zeldin debate. Extremist Gov. Whitmer vs. Tudor Dixon. And Extremist Tina Kotek vs. Christine Drazan. Elon Musk’s purchase of Twitter and what it means for free speech and free and robust debate of ideas. Joe Biden’s bad habit of lying about everything from the price of gasoline, inflation, the state of the economy and the border, just to name a few. Why does he lie? And why doesn’t the media seem to care? Chuck Schumer admits that Hershel Walker is beating Warnock in Georgia! The price of freedom is eternal vigilance – so stay vigilant my friends! 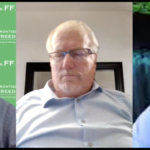 Peter Roff on The Internet Giveaway

The World Wide Web and the Obama plan to give it away. It’s true. The last bastion of the ‘free’ free markets invented, owned and operated by the United States. This White House is poised to hand the keys over to the international community. The Internet Corporation for Assigned Names and Numbers, or ICANN, manages the World Wide Web under contract with the U.S. government. As of the fall of next year, that contract will not be renewed. Instead, ICANN will become a global organization, with no U.S. oversight.

END_OF_DOCUMENT_TOKEN_TO_BE_REPLACED

Clinton donors get a pass on shady contracting 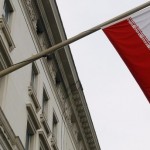 In June 2011, the Defense Department’s Office of the Special Inspector General for Iraq Reconstruction (SIGIR) released a scathing report on a defense contracting company called Anham. The title of the report and its conclusion were the same: “Poor Government Oversight of Anham and Its Subcontracting Procedures Allowed Questionable Costs To Go Undetected.”

Dubai-based Anham and its “affiliated” subcontractors were awarded a $119 million contract in 2007 to provide materials to the Iraqi Security Forces. The DOD review analyzed Anham’s business practices for contracts representing 40 percent of its award, or $40 million taxpayer dollars and found problems and irregularities in Anham’s estimating and billing, sub-contractor relationships, and delivery confirmations. END_OF_DOCUMENT_TOKEN_TO_BE_REPLACED

Asked at a press conference last week to discuss concerns about whether his administration has the authority to delay Obamacare’s employer mandate, President Obama declined to explain his administration’s authority and instead to simply assert it. But not before casting blame on Republicans. “In a normal political environment,” Obama said, he would have been able to call up House Speaker John Boehner and work out a fix. “We’re not in a normal atmosphere around here when it comes to quote unquote Obamacare. We did have the executive authority to do so.” There you go. Obama says the White House had the authority. Next question?

Actually, wait a minute. Let’s look at this one a little bit more. END_OF_DOCUMENT_TOKEN_TO_BE_REPLACED

Top 13 Questions the Media Should be Asking

by Joel B. Pollak

President Barack Obama rarely makes himself available to the mainstream media. They adore him anyway. At rare press conferences, such as the one scheduled for this past Friday at the White House, they lob softball questions or accept his evasive, meandering answers, rarely pressing him for clarity, much less truth. But there are many questions that the president ought to answer, yet which he is unlikely to face at all.

Here is a list of 13 questions, he should answer candidly: END_OF_DOCUMENT_TOKEN_TO_BE_REPLACED

More White Wash from the Media on Benghazi 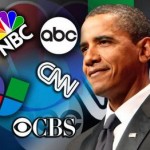 CNN spent an hour of prime time Tuesday night to air a special anchored by Erin Burnett, “The Truth about Benghazi.” They claimed to have learned two vital lessons from their supposedly extensive investigation of that tragedy: It must never happen again, and politics trumped patriotism.

Really? That’s it? Are you kidding? The smiling, earnest naivete of Ms. Burnett suggested a graduate student who worked, you know, like really hard at the library all weekend — but apparently didn’t get within spitting distance of a reasonable conclusion.

First of all, Ms. Burnett may have noticed that her program aired just as American embassies in the Mideast were shuttered against a resurgent terrorist threat that Susan E. (Second Time’s the Charm) Rice is crisis-managing in her debut as national security adviser. Or that Vice President Joe Biden’s election-year litany — al Qaeda is dead and General Motors is alive — has been updated. Now it seems that al Qaeda is alive, and Detroit has gone belly-up. END_OF_DOCUMENT_TOKEN_TO_BE_REPLACED 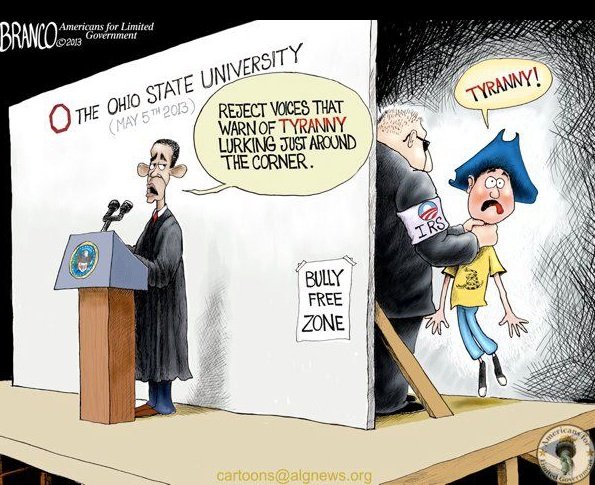 ‘Phony scandals,” to use President Obama’s term, should not generate near-daily news coverage from a media that would like nothing better than to see its dream president let off the hook. Yet everywhere you look comes another bolt of lightning keeping this Frankenstein monster “alive!”:

• In addition to conservative organizations being ultra-scrutinized in applying for tax-exempt status, existing conservative groups like Morton Blackwell’s Leadership Institute, around since 1979, and the Claire Booth Luce Policy Institute, founded in 1993, were slammed with costly audits by Obama’s IRS in the months before the 2012 election. END_OF_DOCUMENT_TOKEN_TO_BE_REPLACED

This is the tribute video that Frontiers of Freedom presented at its Ronald Reagan Award Gala on Oct. 2, 2012.