The Demoralization Of The United States of America

Observing from six feet under the democratic anarchy and the anarchical democracy in the United States of America since the election of Donald J. Trump to the Presidency, good old Iosif Vissarionovich Dzhugashvili, better known by his alias Joseph Stalin, cannot help but smile in his new grave at the seeming correctness of Karl Marx’s theory of history. Essentially, Marx predicted that capitalism will generate its own downfall because of internal contradictions and class conflicts. While this and another prediction of Marx, namely that the most developed countries will embrace communism first because of the greatest economic inequalities have turned out to be utterly incorrect, a minority of the clueless pseudo intelligentsia in the United States of America have endeavored to prove that after all Marx was right.

The crowning achievement of this Marxist minority was the election of a community organizer with questionable personal and intellectual pedigrees to the presidency in November 2008. Barack Hussein Obama wanted to “fundamentally change” American society.

END_OF_DOCUMENT_TOKEN_TO_BE_REPLACED 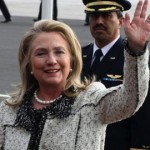 Clinton attracted media attention during her trip for saying during a speech last weekend that she lost the 2016 election because much of the United States is “backwards” and filled with people who don’t like “black people getting rights” or “women getting jobs.” Clinton is promoting her latest book in India and is joined on the trip by friends such as longtime aide Huma Abedin. She is also spending time visiting tourist sites.

Clinton is in India as a private citizen. But as a former First Lady she is given U.S. Secret Service protection for life, and the State Department awarded two contracts worth $16,143 and $6,301 for her security detail’s travel and lodging on the trip. END_OF_DOCUMENT_TOKEN_TO_BE_REPLACED 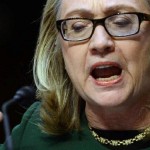 By Joey Wulfsohn • The Federalist

Hillary Clinton has gone global with her self-pity party.

At a speaking event in India, the failed presidential candidate extended her list as to why she lost the election and while doing so attacked all 63 million Trump voters.

Clinton began by explaining how on the electoral map, Donald Trump won “all that red in the middle” while she won the coasts and states like Illinois and Minnesota. But then she goes on to explain how she won in places that “represent two-thirds of America’s gross domestic product” and that are “optimistic” and “diverse.” In other words, urban cities.

She then said the following: “His whole campaign: ‘Make America Great Again’ was looking backwards. ‘You didn’t like black people getting rights? You don’t like women, you know, getting jobs? You don’t want to, you know, see that Indian American succeeding more than you are? Whatever your problem is, I’m going to solve it.’” END_OF_DOCUMENT_TOKEN_TO_BE_REPLACED

‘Backwards’: Hillary Clinton Apparently Still Has No Clue Why She Lost

By Holly Scheer • The Federalist

Hillary Clinton isn’t ready to let go of her election loss to President Trump. Clinton is in Mumbai, India, at the India Today Conclave, a “a meeting point for the best minds from India and around the world to map the geopolitical and economic future of the country.” But instead of keeping her focus on the complex and numerous problems facing India, Clinton took aim Monday at Americans who voted for Trump. Her patronizing and condescending words targeted voters in states that twice voted for Obama, and show she still doesn’t understand why Americans didn’t vote for her.

Clinton compared herself to the mother of the country, trying to enforce something wholesome that the children aren’t fond of. She said, “She ran the presidential campaign like a mother who was telling the kids to eat spinach because it was good for health while the other guy was asking them to go eat fast food and have ice-cream,” India Today reported. Clinton may not have realized it, but this also sheds a lot of light on how she sees the average American. She views them as short sighted, more interested in junk than substance, and in her words, they’re “backwards.” END_OF_DOCUMENT_TOKEN_TO_BE_REPLACED

Also shortly after the private plane meeting, former FBI director James Comey announced that agency would not pursue a case against Clinton, despite admitting he had enough evidence to do so. END_OF_DOCUMENT_TOKEN_TO_BE_REPLACED

Documents reveal Department of Justice staffers were given a ‘heads-up’ that ABC15 had learned about the meeting, and assisted the Attorney General on how to address any potential questions from reporters. END_OF_DOCUMENT_TOKEN_TO_BE_REPLACED

Clinton’s counterfactual tale about the infamous “Comey letter” has been a security blanket for many Democrats. But, as luck would have it, the FBI director was testifying in front of a Senate Judiciary Committee today, and he reminded us of some factors that Clinton ignored. That’s because even if we concede that Comey’s letter to Congress helped sink Clinton, Hillary deserved that letter, and the FBI director had no choice but to send it. END_OF_DOCUMENT_TOKEN_TO_BE_REPLACED 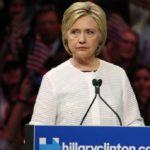 The foundation filed a Worker Adjustment and Retraining Notification Act notice with the New York Department of Labor on Thursday announcing it would lay off 22 employees as part of a “discontinuation of the Clinton Global Initiative,” the New York Observer reported.

Liberals Only Accept Election Results – If They Win 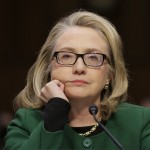 For weeks, liberals railed against then candidate Donald Trump for refusing to say he would accept the results of the presidential election.

Trump asserted multiple times throughout the campaign that the election could be rigged against him and he could lose because of voter fraud. At a campaign rally in October, Trump said he would accept the election results but reserved his right to challenge the outcome if there was reason to do so.

“I would accept a clear election result, but I would also reserve my right to contest or file a legal challenge in the case of a questionable result,” Trump said.

In the third presidential debate, Trump said he would keep people in suspense when asked if he would accept the results of the election. This answer drew an immediate rebuke from his Democratic opponent Hillary Clinton. END_OF_DOCUMENT_TOKEN_TO_BE_REPLACED 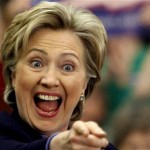 Hillary Clinton’s lawyer Marc Elias announced over the weekend that the Clinton campaign would participate in the Wisconsin election recount even as he actively fights against recount efforts in a North Carolina governor’s race where the margin of victory was less than 5,000 votes.

Green Party presidential candidate Jill Stein has raised millions to fund recount efforts in Wisconsin, Pennsylvania, and Michigan based on claims that voting systems in the states were hacked. Elias said the campaign had failed to find any “evidence of hacking or outside attempts to alter the voting technology” but would be joining the recount efforts nonetheless.

In North Carolina, where Republican Gov. Pat McCrory filed for a recount after he lost to Democrat Roy Cooper by just 4,772 votes, Elias is singing a different tune. END_OF_DOCUMENT_TOKEN_TO_BE_REPLACED

Clinton admits she didn’t have permission for secret email server 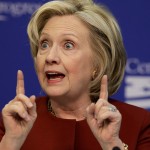 Hillary Clinton admitted under oath  that she doesn’t recall asking anyone for permission to use a secret server and email account during her time in the State Department, contradicting previous public pronouncements that she had received approval.

Mrs. Clinton said she didn’t recall seeing a 2011 warning about increased hacking attempts on senior department officials’ private accounts and that she didn’t actually write another warning that was sent under her name.

“Secretary Clinton states that she does not recall being advised, cautioned, or warned during her tenure as Secretary of State about hacking or attempted hacking of her clintonemail.com e-mail account or the server that hosted her clintonemail.com account,” she said in sworn testimony dated Monday and filed in federal court Thursday. END_OF_DOCUMENT_TOKEN_TO_BE_REPLACED

Hillary Clinton says Free Speech is Not a Constitutional Right

Democratic nominee Hillary Clinton’s campaign has sent out a fundraising email arguing the website Breitbart News has no “right to exist,” and suggests that if elected, the website will be shut down entirely.

“We’ve had a conservative media in this country for a while,” says the email, sent Thursday and signed by deputy communications director Christina Reynolds. “I don’t always like what they have to say, but I respect their role and their right to exist Reynolds’ acknowledgment that the regular conservative media has a “right to exist,” though, is used to contrast it with Breitbart, which apparently has no such right. END_OF_DOCUMENT_TOKEN_TO_BE_REPLACED

Hillary Clinton has an editorial in the New York Times entitled “My Plan for Helping America’s Poor” and it is so filled with errors and mistakes that it requires a full fisking (i.e., a “point-by-point debunking of lies and/or idiocies”).

The true measure of any society is how we take care of our children.

I realize she (or the staffers who actually wrote the column) were probably trying to launch the piece with a fuzzy, feel-good line, but let’s think about what’s implied by “how we take care of our children.” It echoes one of the messages in her vapid 1996 book, It Takes a Village, in that it implies that child rearing somehow is a collective responsibility. END_OF_DOCUMENT_TOKEN_TO_BE_REPLACED

President Barack Obama used a pseudonym in email communications with Hillary Clinton and others, according to FBI records made public Friday.

The disclosure came as the FBI released its second batch of documents from its investigation into Clinton’s private email server during her tenure as secretary of state.

The 189 pages the bureau released includes interviews with some of Clinton’s closest aides, such as Huma Abedin and Cheryl Mills; senior State Department officials; and even Marcel Lazar, better known as the Romanian hacker “Guccifer.”
In an April 5, 2016 interview with the FBI, Abedin was shown an email exchange between Clinton and Obama, but the longtime Clinton aide did not recognize the name of the sender. END_OF_DOCUMENT_TOKEN_TO_BE_REPLACED