The Department of Homeland Security (DHS) has confirmed that eight Syrians were taken into custody at the Laredo port of entry. 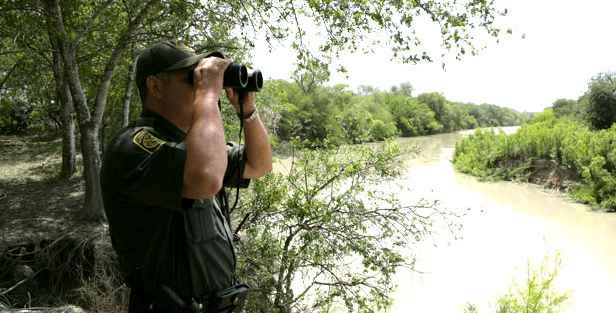 Two federal agents operating under the umbrella of U.S. Customs and Border Protection (CBP) are claiming that eight Syrian illegal aliens attempted to enter Texas from Mexico in the Laredo Sector. The federal agents spoke with Breitbart Texas on the condition of anonymity, however, a local president of the National Border Patrol Council (NBPC) confirmed that Laredo Border Patrol agents have been officially contacting the organization with concerns over reports from other federal agents about Syrians illegally entering the country in the Laredo Sector. The reports have caused a stir among the sector’s Border Patrol agents.

Border Patrol agent and NBPC Local 2455 President Hector Garza told Breitbart Texas, “Border Patrol agents who we represent have been contacting our organization to voice concerns about reports from other agents that Syrians crossed the U.S. border from Mexico in the Laredo Sector. Our agents have heard about Syrians being apprehended in the area from other federal agents.” Agent Garza added, “At this time, I cannot confirm or deny that Syrians have crossed, for security reasons.”

Agent Garza further stated that in matters as sensitive as Syrians crossing the border from Mexico, it would be highly unlikely that federal agencies would publicize it or inform a broad group of law enforcement. He did say that Local 2455 is taking the reports seriously and that they “will be issuing an officer safety bulletin advising Border Patrol agents to exercise extra precautions as they patrol the border.”

Breitbart Texas can confirm that a Syrian did attempt to enter the U.S. illegally through Texas in late September. The Syrian was caught using a passport that belonged to someone else and U.S. authorities decided against prosecuting anyone involved due to “circumstances.”