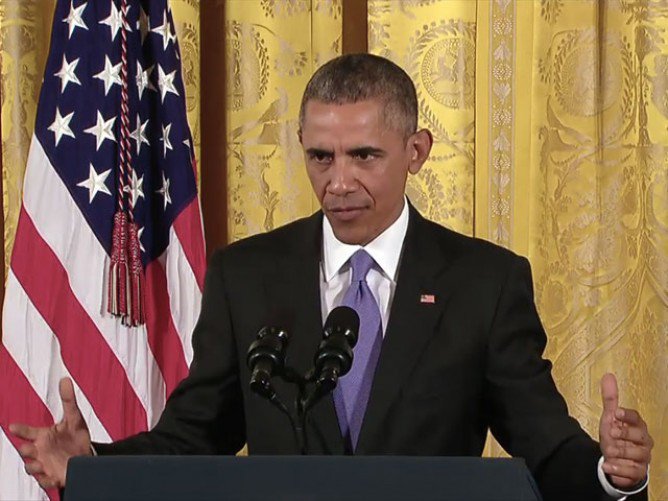 By Willis L. Krumholz • The Federalist

The intelligence bureaucracies spied on the Donald Trump campaign: Foreign Intelligence Surveillance Act warrants were granted because of a Hillary Clinton-funded and unverified document, national-security letters were issued to allow warrantless spying, and the unprecedented but not-illegal-per-se unmasking of Trump officials’ conversations with non-U.S. persons was shockingly routine.

Yet the news of a CIA-connected human source operating as far back as April or May of 2016 is about more than just spying. It is the latest example in what now looks to be a long line of attempted setups by the Clinton team, many times aided and abetted by our intelligence bureaucracies.

These events should anger any red blooded American who believes in representative democracy and the importance of the rule of law. Let’s review eight examples.

We’ve just learned about Stefan Halper, a CIA-connected Cambridge professor who — working for the FBI — contacted Trump advisers Carter Page, George Papadopoulos, and Sam Clovis during the 2016 election, to investigate what they might know about suspicions of collusion with Russia. Former Trump campaign aide Michael Caputo has claimed that he was approached by an unknown second U.S. intelligence community asset in early May of 2016.

Special counsel Robert Mueller’s team charged Papadopoulos — unconvincingly — with lying to investigators, because Papadopoulos said his contacts with Mifsud began before he was on the Trump campaign. Actually, the contacts started after he “learned he would be a foreign policy advisor for the campaign,” but before the campaign made a public announcement that he was to be an advisor.

Mifsud is strangely now in hiding, possibly fearing for his life. Lee Smith details Mifsud’s ties to Western intelligence agencies, and Margot Cleveland suspects Mifsud may have been a U.S. intelligence plant along with Halper.

Whenever Democrats or David French types talk about Trump and Russia collusion they look to the Trump Tower meeting as definitive proof. There are several problems with that. First, no presidential campaign in American history would pass up the chance of hearing evidence of crimes being committed by their opponent, no matter the source. In fact, some would say you’re doing the country a favor if you let everyone know that your opponent is subject to blackmail from a not-so-friendly foreign power (just don’t have your son and son-in-law sit in on the meeting).

More problematic is that Glenn Simpson — head of Fusion GPS, the firm being paid by the Clinton campaign and the DNC to prove (or create) ties between Trump and Russia — met with the two Russians who attended the Trump Tower meeting both before and after the meeting. Simpson’s excuse for doing so? Because he was working with the two Russians on a different issue, the repeal of the anti-Kremlin Magnitsky Act.

In other words, at the very least, the firm that created the dossier for Clinton and the DNC — using Russian intelligence sources — was the same firm that was working with the Kremlin to repeal a law passed by Congress because Putin’s thugs beat an innocent man to death in Russian prison. At most, this was yet another setup.

3. Mike Flynn And The Logan Act

During the 2016 campaign, Democrats howled about the need to prosecute Trump campaign officials under an obscure 1799 law called the Logan Act. Byron York has documented that this was the pretext Obama-appointed former Deputy Attorney General Sally Yates used to unmask former Trump National Security Adviser Michael Flynn’s side of highly-appropriate phone conversations with the Russian ambassador that occurred during the transition period, and then send FBI agents to interview Flynn about those conversations.

Although the FBI has tried to cover this up, we now know that the agents who interviewed Flynn — including the disgraced and hugely anti-Trump Peter Strzok — didn’t believe that Flynn had lied. Nevertheless, Mueller’s team charged Flynn with lying to the FBI. After Mueller’s charge had nearly bankrupted Flynn, and after Mueller threatened to go after Flynn’s son, Flynn pled guilty to lying to the FBI.

After an intelligence briefing at the White House in early 2017, former FBI number two Andrew McCabe asked to meet privately with former White House Chief of Staff Reince Priebus. A story had just dropped — anonymously sourced from multiple intelligence community officials — that Trump aides had multiple contacts with Russian intelligence during the election.

McCabe wanted to tell Priebus that the FBI didn’t think the story was true. Of course, Priebus asked McCabe if the FBI could publicly say just that. McCabe said he would have to check. But former FBI Director James Comey called Priebus to say that the FBI couldn’t publicly shoot down the story.

Days later, the “breaking news” on CNN was that the White House had tried to pressure the FBI into batting down the reports on supposed ties between Trump and Russia. So not only was the White House supposedly colluding, now there were allegations of obstruction of justice.

Former CIA Director John Brennan, who may have been the U.S. intelligence official to first push an investigation into the Trump campaign, briefed then-Sen. Harry Reid on the Clinton-funded dossier in August 2016.

The briefing did two things: First, it lent some legitimacy to the dossier, and second, it got Reid to pressure the FBI to not drop the investigation. The briefing had the added bonus of allowing Reid to speak publicly about Trump’s ties to Russia, as if he had just gained access to groundbreaking proof of collusion, which was of course covered by the media.

6. Comey And Clapper Give CNN A Reason To Publish The Dossier

Comey, at the behest of former Director of National Intelligence James Clapper, briefed Trump on one of the allegations in the dossier, but not on the main allegation in the dossier, who had funded the dossier, or how that dossier was being used by the FBI. Nevertheless, this briefing looks like one more setup, meant to allow CNN to report on the existence of the dossier as if it were highly verified and being seriously examined by U.S. intelligence community officials.

Clapper then leaked information about the dossier and the briefings to CNN, and later looks to have lied about those leaks to Congress. Amazingly, Clapper has previously lied to Congress. Clapper now works for CNN.

Attorney General Jeff Sessions recused himself from the Russia investigation after anonymous intelligence community leaks about his contacts with Russians. Specifically, Sessions — as a senator — met with former Russian ambassador to the U.S. Sergei Kislyak in his D.C. office. In another meeting, Sessions gave a speech and a gaggle of diplomats — including Kislyak — talked with him for several minutes as he was coming off the stage.

But with Jeff Sessions out of the way, Deputy Attorney General Rod Rosenstein became the acting attorney general for all things Russia-investigation-related. Rosenstein then recommended Comey’s firing, and then — overseeing the investigation that stemmed from that firing — appointed Robert Mueller as special counsel. Mueller, a former FBI Director, happened to be a close associate of Comey and Rosenstein, and would surely want to protect the interests of the FBI and the Justice Department.

Taken together, these setups indicate a massive effort to aid the Clinton campaign before the election.

After all, the entire theory of Trump-Russia collusion originated with the Clinton campaign in the lead-up to the Democrat National Convention, when it became clear that the DNC had experienced a document theft. That document theft was highly embarrassing to Clinton and the DNC, as it revealed that the DNC had been systematically stacking the deck against Bernie Sanders. The immediate goal, then, was to both distract from the mistreatment of Bernie, and completely peel the GOP national security establishment away from Trump. The Clinton campaign was successful in both of these efforts.

Later, during the general election, whenever Hillary’s misdeeds came up, Clinton responded by pointing to Trump’s nefarious ties with Russia. Distasteful as it may seem, this was Machiavellian politics 101. Any focus group of voters would have told the Clinton people that Hillary was the steady hand, but that they had ethical concerns about her, and also sought a change from the status quo. The way to counteract this reluctance was to paint Hillary’s opponent as ethically challenged, too, and paint his alternative to the status quo as downright dangerous. (You might say that Trump was an easy target here, but look what the Obama-campaign did to Romney.)

Dirty tricks are of course not new to American politics. But the apparent involvement of the U.S. intelligence community in these setups is deeply troubling. Democrats, intelligence bureaucrats, and the media have told us that the investigation started with Page. When that fell apart, they said the investigation started with Papadopoulos. Now, the Papadopoulos origination story is falling apart too.

It now looks like the corrupt and highly partisan upper-echelon of the U.S. intelligence community started their preliminary investigation as soon as the Clinton people — in the run-up to the Democratic convention — began claiming that there were ties between Trump and Russia. During this same time, Clinton and the DNC paid Fusion GPS, which hired Chris Steele to dig up ties between Trump and Russia.

This is nothing more than prosecutorial point and shoot, where corrupt big-government politicians send the corrupt and sympathetic federal bureaucracy after their political enemies. It’s no different than what happened with Lois Lerner at the Internal Revenue Service. Democrats gave speeches and sent official letters, Obama implied he wanted action, and dutiful bureaucrats did the rest.

With the intelligence agencies on board, legitimacy was lent to the Hillary Clinton campaign’s wild claims. All the media had to do in the weeks before Election Day was to frantically report that Trump’s campaign was being investigated, and that a document containing allegations of Trump-Russia ties (the “dossier”) was being seriously looked into by intelligence officials. That fed back to the voters, and certainly made many feel a little bit better about voting for Clinton, or not voting for Trump.