Freedom Centers Constitutional and Political Freedom A black box in your car? A source of tax revenue? ...

A black box in your car? A source of tax revenue? 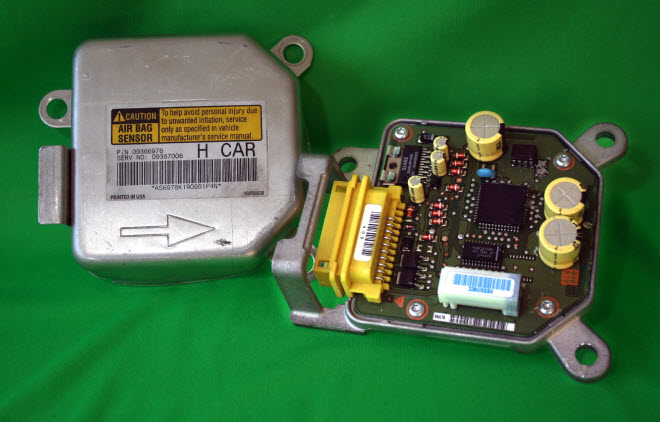 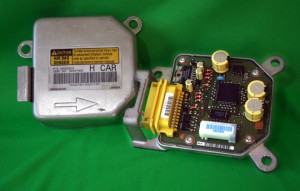 The devices would track every mile you drive —possibly including your location — and the government would use the data to draw up a tax bill.

As America’s road planners struggle to find the cash to mend a crumbling highway system, many are beginning to see a solution in a little black box that fits neatly by the dashboard of your car.

The devices, which track every mile a motorist drives and transmit that information to bureaucrats, are at the center of a controversial attempt in Washington and state planning offices to overhaul the outdated system for funding America’s major roads.

The usually dull arena of highway planning has suddenly spawned intense debate and colorful alliances. Libertarians have joined environmental groups in lobbying to allow government to use the little boxes to keep track of the miles you drive, and possibly where you drive them — then use the information to draw up a tax bill.

The tea party is aghast. The American Civil Liberties Union is deeply concerned, too, raising a variety of privacy issues.

And while Congress can’t agree on whether to proceed, several states are not waiting. They are exploring how, over the next decade, they can move to a system in which drivers pay per mile of road they roll over. Thousands of motorists have already taken the black boxes, some of which have GPS monitoring, for a test drive.

“This really is a must for our nation. It is not a matter of something we might choose to do,” said Hasan Ikhrata, executive director of the Southern California Assn. of Governments, which is planning for the state to start tracking miles driven by every California motorist by 2025. “There is going to be a change in how we pay these taxes. The technology is there to do it.”

The push comes as the country’s Highway Trust Fund, financed with taxes Americans pay at the gas pump, is broke. Americans don’t buy as much gas as they used to. Cars get many more miles to the gallon. The federal tax itself, 18.4 cents per gallon, hasn’t gone up in 20 years. Politicians are loath to raise the tax even one penny when gas prices are high.

“The gas tax is just not sustainable,” said Lee Munnich, a transportation policy expert at the University of Minnesota. His state recently put tracking devices on 500 cars to test out a pay-by-mile system. “This works out as the most logical alternative over the long term,” he said.

Wonks call it a mileage-based user fee. It is no surprise that the idea appeals to urban liberals, as the taxes could be rigged to change driving patterns in ways that could help reduce congestion and greenhouse gases, for example. California planners are looking to the system as they devise strategies to meet the goals laid out in the state’s ambitious global warming laws. But Rep. Bill Shuster (R-Pa.), chairman of the House Transportation Committee, has said he, too, sees it as the most viable long-term alternative. The free marketeers at the Reason Foundation are also fond of having drivers pay per mile.

“This is not just a tax going into a black hole,” said Adrian Moore, vice president of policy at Reason. “People are paying more directly into what they are getting.”

The movement is also bolstered by two former U.S. Transportation secretaries, who in a 2011 report urged Congress to move in the pay-per-mile direction.

The U.S. Senate approved a $90-million pilot project last year that would have involved about 10,000 cars. But the House leadership killed the proposal, acting on concerns of rural lawmakers representing constituents whose daily lives often involve logging lots of miles to get to work or into town.

Several states and cities are nonetheless moving ahead on their own. The most eager is Oregon, which is enlisting 5,000 drivers in the country’s biggest experiment. Those drivers will soon pay the mileage fees instead of gas taxes to the state. Nevada has already completed a pilot. New York City is looking into one. Illinois is trying it on a limited basis with trucks. And the I-95 Coalition, which includes 17 state transportation departments along the Eastern Seaboard (including Maryland, Pennsylvania, Virginia and Florida), is studying how they could go about implementing the change.

The concept is not a universal hit.

In Nevada, where about 50 volunteers’ cars were equipped with the devices not long ago, drivers were uneasy about the government being able to monitor their every move.

“Concerns about Big Brother and those sorts of things were a major problem,” said Alauddin Khan, who directs strategic and performance management at the Nevada Department of Transportation. “It was not something people wanted.”

As the trial got underway, the ACLU of Nevada warned on its website: “It would be fairly easy to turn these devices into full-fledged tracking devices…. There is no need to build an enormous, unwieldy technological infrastructure that will inevitably be expanded to keep records of individuals’ everyday comings and goings.”

Nevada is among several states now scrambling to find affordable technology that would allow the state to keep track of how many miles a car is being driven, but not exactly where and at what time. If you can do that, Khan said, the public gets more comfortable.

The hunt for that technology has led some state agencies to a small California startup called True Mileage. The firm was not originally in the business of helping states tax drivers. It was seeking to break into an emerging market in auto insurance, in which drivers would pay based on their mileage. But the devices it is testing appeal to highway planners because they don’t use GPS and deliver a limited amount of information, uploaded periodically by modem.

In Oregon, planners are experimenting with giving drivers different choices. They can choose a device with or without GPS. Or they can choose not to have a device at all, opting instead to pay a flat fee based on the average number of miles driven by all state residents.

Other places are hoping to sell the concept to a wary public by having the devices do more, not less. In New York City, transportation officials are seeking to develop a taxing device that would also be equipped to pay parking meter fees, provide “pay-as-you-drive” insurance, and create a pool of real-time speed data from other drivers that motorists could use to avoid traffic.

“Motorists would be attracted to participate … because of the value of the benefits it offers to them,” says a city planning document.

Some transportation planners, though, wonder if all the talk about paying by the mile is just a giant distraction. At the Metropolitan Transportation Commission in the San Francisco Bay Area, officials say Congress could very simply deal with the bankrupt Highway Trust Fund by raising gas taxes. An extra one-time or annual levy could be imposed on drivers of hybrids and others whose vehicles don’t use much gas, so they pay their fair share.

“There is no need for radical surgery when all you need to do is take an aspirin,” said Randy Rentschler, the commission’s director of legislation and public affairs. “If we do this, hundreds of millions of drivers will be concerned about their privacy and a host of other things.”

Evan Halper is a writer for the Los Angeles Times.