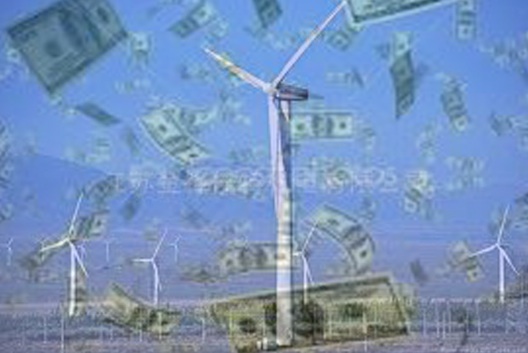 A new study by Environmental Progress (EP) warns that toxic waste from used solar panels now poses a global environmental threat. The Berkeley-based group found that solar panels create 300 times more toxic waste per unit of energy than nuclear power plants. Discarded solar panels, which contain dangerous elements such as lead, chromium, and cadmium, are piling up around the world, and there’s been little done to mitigate their potential danger to the environment.

“We talk a lot about the dangers of nuclear waste, but that waste is carefully monitored, regulated, and disposed of,” says Michael Shellenberger, founder of Environmental Progress, a nonprofit that advocates for the use of nuclear energy. “But we had no idea there would be so many panels — an enormous amount — that could cause this much ecological damage.”

Solar panels are considered a form of toxic, hazardous electronic or “e-waste,” and according to EP researchers Jemin Desai and Mark Nelson, scavengers in developing countries like India and China often “burn the e-waste in order to salvage the valuable copper wires for resale. Since this process requires burning off plastic, the resulting smoke contains toxic fumes that are carcinogenic and teratogenic (birth defect-causing) when inhaled.”

This is one of the dirty little secrets behind the push for renewable energy. While consumers might view solar panels as harmless little windows made from glass and plastic, the reality is that they are intricately constructed from a variety of materials, making it difficult to disassemble and recycle them. Japan is already scrambling for ways to reuse its mounting inventory of solar-panel waste, which is expected to exceed 10,000 tons by 2020 and grow by 700,000 to 800,000 tons per year by 2040. Solutions are hard to find, due both to the labor-intensive process of breaking down the panels and to the low price of scrap. (Dan Whitten, a spokesman for the Solar Energy Industries Association, disputes EP’s study. In an e-mail to me, he claims that solar panels are “mainly made up of easy-to-recycle materials that can be successfully recovered and reused at the end of their useful life.”)

This will also be a problem here in the U.S., which has more than 1.4 million solar-energy installations now in use, including many already near the end of their 25-year lifespan. Federal and state governments have been slow to enact disposal and recycling policies, undoubtedly fearful of raising any red flags about the environmental threat posed by a purported climate-change panacea. Meanwhile, at precisely the moment when, because of the rise of smartphones, Americans are generating less waste from consumer electronics, discarded solar panels are stacking up. EP estimates that Americans with solar roofs produce 30 to 60 percent more electronic waste than non-solar households.

Thankfully, renewable-energy sources are at last facing some much-needed scrutiny, even within the ranks of green activists.

“At a time when iPhones have reduced our need for digital cameras, alarm clocks, GPS systems, and other electronics, solar panels risk increasing overall e-waste production,” Shellenberger says. “The people who could pay the price for this hazard are some of the poorest people in the world.”

This is not to even mention the environmental damage done by making solar panels in the first place. A 2013 investigation by the Associated Press found that from 2007 to 2011, the manufacture of solar panels in California “produced 46.5 million pounds of sludge and contaminated water. Roughly 97 percent of it was taken to hazardous waste facilities throughout the state, but more than 1.4 million pounds were transported to nine other states.” That’s no way for a state to keep its carbon footprint small; one renewable-energy analyst quoted by the AP estimated it would take “one to three months of generating electricity [from the solar panels] to pay off the energy invested in driving those hazardous waste emissions out of state.” Six years later, it’s safe to assume the amount of toxic waste is even higher as solar-panel production continues to ramp up.

Thankfully, renewable-energy sources are at last facing some much-needed scrutiny, even within the ranks of green activists. A group of prominent scientists recently rebuked a study by Mark Jacobson, a Stanford professor and leading clean-energy (and anti-nuclear) activist, who had claimed that the U.S. could generate energy exclusively from wind, water, and solar energy by the year 2050. The scientists said Jacobson’s study “used invalid modeling tools, contained modeling errors, and made implausible and inadequately supported assumptions.” The group admonished policymakers to “treat with caution any visions of a rapid, reliable, and low-cost transition to entire energy systems that relies almost exclusively on wind, solar, and hydroelectric power.”

As the Trump administration considers reforming federal energy subsidies, officials should look at how renewable technologies such as solar panels impact the environment once they’ve outlived their usefulness. There is nothing environmentally friendly about creating mountains of hazardous waste in an effort to reduce CO2 emissions.