A College’s War on Christmas Parties

The University of Tennessee at Knoxville warned students to not throw Christmas parties because someone might somehow be offended. 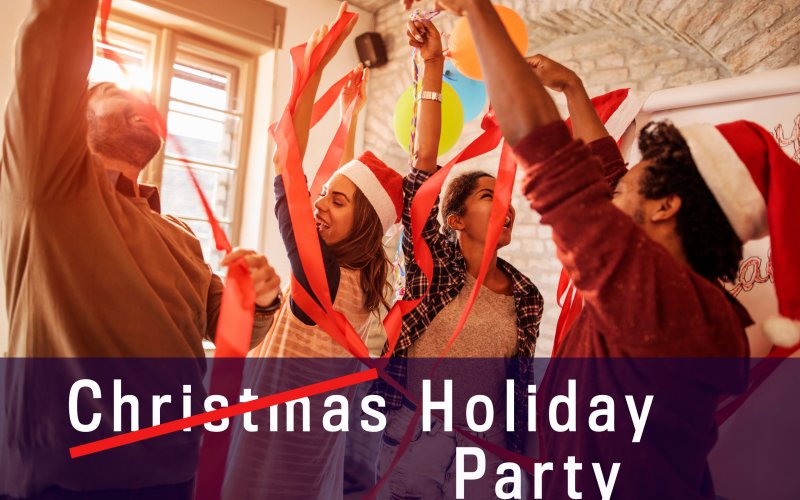 Another holiday, another opportunity for college administrators to trample students’ free expression rights as part of some comically misguided effort to prevent offense. Last week, the University of Tennessee at Knoxville issued a breathtakingly Scrooge-ish (Scrooge-ian? Scrooge-esque?) piece of advice: “Ensure your holiday party is not a Christmas party in disguise.”

The diversity officers who wrote this instruction must have a lot of extra time on their hands, because eradicating secret Yuletide gatherings doesn’t exactly seem like a pressing higher education issue.

The university, thankfully, has since re-discovered its Christmas spirit, but not before inspiring bewilderment and anger among some students, as well as quite a few Republican politicians who hysterically interpret any slight against Christmas as an attack on Christianity itself. U.S. Republican Rep. John Duncan had this to say:

“If this post was approved by [UT] Chancellor Cheek, he should resign. If not, the entire staff of the Office for Diversity and Inclusion should be dismissed.”

War on Christmas histrionics aside, UT’s pronouncement on holiday parties was undeniably tone deaf. On the website for the Office of Diversity and Inclusion, administrators advised members of campus to forego Christmas regalia:

“Holiday parties and celebrations should celebrate and build upon workplace relationships and team morale with no emphasis on religion or culture. Ensure your holiday party is not a Christmas party in disguise. Consider having a New Year’s party and include décor and food from multiple religions and cultures. Use it as an opportunity to reinvigorate individuals for the New Year’s goals and priorities.”

The guidance discouraged the use of Secret Santas, dreidels, and other culture-specific revelry. I presume trees, colored lights, and candy canes were also verboten.

Administrators never intended their directions to be mandatory, and for good reason: public universities can’t actually restrict the rights of students and faculty to engage in expression—whether said expression is festive, offensive, or both. But members of campus were confused by the instructions, to say the least.

After the outrage reached a critical mass, UT Chancellor Jimmy Cheek apologized and updated the guidance. It now merely encourages people to keep their minds open, celebrate diversity, and ensure that any and all holiday merrymaking is conducted on a voluntary basis.

“We are sorry that we did not communicate very well,” he said in a statement. “We’ve learned a lesson from this.”

Keep in mind that Christmas is hardly the first holiday to run afoul of politically correct campus tyrants. Crackdowns on offensive costumes have become a regular feature of Halloween season, for instance. Last October, the State University of New York warned students that no fewer than five administrators would be on hand to critique their costume choices, and Wesleyan University cautioned students against wearing anything that “mocked cultural or religious symbols,” or “trivialized human suffering.” (I suppose that rules out zombie, skeleton, and vampire costumes?)

Nor is handwringing over offense relegated to the major holidays. When a student-government member at the University of Minnesota tried to establish a moment of silence for victims of the 9/11 attacks on future anniversaries of that date, his fellow representatives followed the lead of the campus’s Diversity and Inclusion czar and killed the proposal. Such a moment of silence might—key word: might—have offended Muslim students and made them feel unsafe on campus, the critics claimed.

In my years covering campus free speech issue, I’ve seen students and administrators freak out over un-PC celebrations of Cinco de Mayo, Saint Patrick’s Day, and even Constitution Day. Said meltdowns occasionally targeted students who were “appropriating” a holiday that did not belong to them—if holidays can properly be said to belong to anyone at all—but also frequently disrupted the activities of legitimate celebrants.

None of which is to suggest that all cries of “I’m offended!” should be shrugged off or ignored. It’s certainly the case that people have biases, conscious and unconscious, and are capable of causing emotional pain, intentionally and unintentionally. But restrictive and/or punitive institutional action is simply the wrong vehicle for remedying grievances.

Instead, academics should confront students about biases, customs, and behaviors, and talk about these issues in classrooms. People who have studied different cultures and languages, and have authority to moderate discussions on such topics, are best equipped to educate students and potentially reform problematic behavior. Such discussions would themselves probably offend or provoke some students, but education requires a degree of discomfort. Students come to college to learn; by all means, teach them.

But the current campus approach—letting bureaucrats play PC police—is odiously paternalistic and jarringly anti-intellectual. It causes students to see themselves as perpetual victims of microaggression, making them forget that they are, by definition, among the safest and most privileged people in the world.

Indeed, the hyper-offended students at Ivy League colleges like Harvard and Yale, and even at less elite institutions like UT, have plenty to be thankful for this holiday season. They should keep that in mind as they celebrate at all the non-inclusive, Christmas-specific parties they wish to attend.