A conservative’s take on the Ex-Im Bank 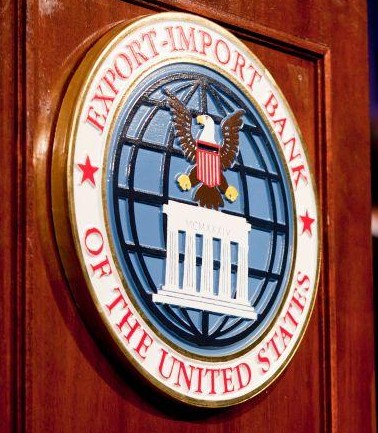 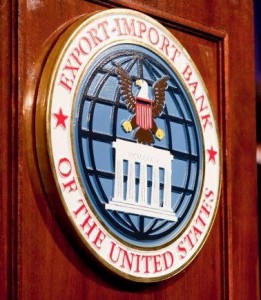 As a rock-ribbed conservative, I support the entrepreneurial dynamism of free markets. I believe entrepreneurs are more likely than government bureaucrats to build successful businesses and provide stable, good-paying jobs. I oppose government interference in the marketplace. I want government to spend less, interfere less, do less, and tax less.

So when a few fellow conservatives criticize plans to reauthorize the Export-Import Bank on grounds that it is just another costly government corporate welfare program, why do I strongly disagree? The answer is simple – the Ex-Im Bank is none of the things some of my fellow conservatives claim.

The Ex-Im Bank assists U.S. manufacturers – small and large – to export their goods to foreign buyers. Typically it facilitates loan guarantees for foreign buyers who want to buy U.S. goods. Whether it is big names like General Electric, Caterpillar and Boeing, or small companies (which comprise 87% of the bank’s transactions), the Ex-Im Bank helps their foreign buyers obtain financing so that American goods are sold and shipped abroad. This means more American employment and more exports.

The Ex-Im Bank does not compete with private financial institutions, but rather fills-in banking gaps so that U.S. goods can be exported to nations where commercial financing is insufficient. The Ex-Im Bank doesn’t cost taxpayers a dime. Rather, it makes money from the fees it charges foreign buyers which is pumped back into the U.S. Treasury and helps reduce the deficit.

The Ex-Im Bank has a 75 year track-record and the Congressional Budget Office projects in the coming years, the Ex-Im Bank will pump $900 million into the U.S. Treasury – not to mention the hundreds of billions of dollars of U.S. made goods that will be exported and the hundreds of thousands of American jobs that will be supported. In 2011 alone, the bank facilitated sales abroad that supported 290,000 American jobs.

Some conservatives incorrectly argue that the Ex-Im Bank is similar to the Solyndra scandal where government bureaucrats gave about $500 million to a business headed by Obama fundraisers. To make matters worse, Solyndra’s own business plan showed that it could not turn a profit. Solyndra represents what is deeply wrong with government attempts to manipulate the marketplace. But the Ex-Im Bank and Solyndra have nothing in common. Solyndra involved government awarding taxpayer funded cash grants to failing businesses owned by political allies. The money was completely wasted, the business failed, and no jobs were created.

The Ex-Im Bank is entirely different. It doesn’t hand out cash grants. It facilitates financing for foreign buyers who want to purchase American manufactured goods. The foreign buyer must qualify for the loans. Since its inception, less than 2% of the Bank’s loans have ever defaulted. Even then, the manufactured goods are part of the collateral for the loan. This is one of the reasons why the Ex-Im Bank returns money to the U.S. Treasury, rather than takes money from the taxpayer.

Some conservatives oppose reauthorization of the Ex-Im Bank because they see it as an interference with the free market. On a purely theoretical level, I can see their point. But the problem with this analysis is that the international marketplace isn’t a free market. Virtually every other nation offers export loan assistance. In fact, China and many other nations actually offer aggressive, below market loans to induce foreign buyers to purchase their goods. When the U.S. competes on quality and price, it wins the competition. That is precisely why nations like China intervene and offer cut rate financing with very generous terms so that they can undercut U.S. firms. Europe does this as well.

As a conservative, I would like to see free markets expanded. We should enter into more free market reform agreements with our trading partners. We should reform our tax code and our regulatory regime to ensure we are competitive. But nixing the Ex-Im Bank now without international financing reform agreements does nothing to promote free markets. It merely undermines U.S. manufacturing, kills high-paying American jobs, and erodes our ability to compete in a worldwide marketplace. Until we can expand our trade agreements to include more free market principles, refusing to reauthorize the Ex-Im Bank is essentially unilateral disarmament. That is fool hearty.