A Man Without Peer

Martin Anderson, a key adviser to Ronald Reagan, leaves behind a lasting legacy. 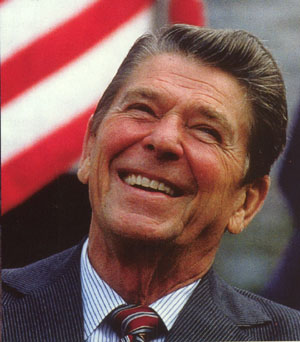 As an economist and political scientist, Martin Anderson was a man without peer. A senior fellow at Stanford University’s Hoover Institution since 1971, he did much to advance the cause of freedom as expressed in his love of big ideas.

Many credit the case he made against mandatory conscription inside the White House as a special assistant to former President Richard Nixon as an invaluable, perhaps even decisive contribution to the campaign to end the draft, which Nixon did in 1973 as the war in Vietnam was winding down.

In the late 1970s and early 1980s, Anderson was a key adviser to Ronald Reagan, helping him formulate a successful economic policy that permitted the liberation of American capital through tax cuts that, when combined with declining interest rates and a stable monetary policy, triggered an economic boom that led the world out of a long recession and laid the groundwork for the West’s ultimate victory in the Cold War.

Reagan’s record on these matters is still a matter of debate. Though beloved by the American people, contemporary historians still regard the nation’s 40th president as, to recall a remark once made by Democratic powerbroker and Washington insider Clark Clifford, more an “amiable dunce” than anything else. To them, Reagan was “more lucky than good” as the saying goes, bereft of intellect, at the constant mercy of his advisers and able to do little more than give a good speech.

None of that, say Reagan intimates, was true. Well-informed and even better read, Reagan had a command of the facts that influenced his thinking which, while firmly grounded in conservative principles, was often quite nuanced. That proof of this exists is thanks to Anderson, who in the twilight of his career, engaged in an extensive exploration of the Reagan record.

Much of Anderson’s later work focused on debunking the myth of Reagan that the liberal intelligentsia who neither knew nor cared to know him have popularized. Unable to impeach his ideas, they continue to refocus the discussion of his presidency on the man himself, in the process creating a caricature that remains laughable.

The truth was far different. “With his best-selling 2001 book, ‘Reagan, In His Own Hand,’” wrote former Heritage Foundation president and founder Ed Feulner in Wednesday’s Wall Street Journal , Anderson, along with his wife Annnelise and graduate scholar Kiron Skinner, presented a portrait of Reagan drawn from a study of the original drafts of his syndicated newspaper column and various pre-presidential radio broadcasts that, in Feulner’s words, “reminded America of the true depth of Reagan’s understanding and the substance of Reagan as the author of his own ideas.”

Along with two other books, one to be published next month, Anderson – who died last weekend at age 78 – helped put Reagan in the proper context. For that reason and for the impact he had on the life of the nation as well as the gift he has given to future presidential historians, we owe him much.