Freedom Centers Constitutional and Political Freedom A Useful, If Inconvenient, Question for the Democr ...

A Useful, If Inconvenient, Question for the Democrats 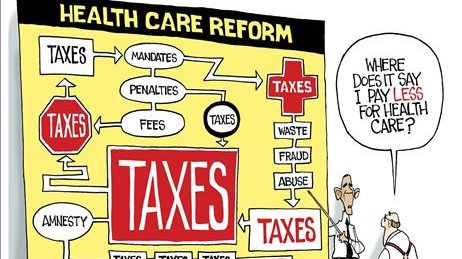 Ezra Klein thinks it’s “ridiculous” to ask Democratic presidential candidates whether they want to abolish private health insurance. It’s supposedly ridiculous because the correct answer isn’t yes or no, but “it depends.”

Several of the Democratic candidates have endorsed Senator Sanders’s Medicare for All bill. Klein takes up the subject:

[I]f you assume both the generosity and the financing of Sanders’s plan, there’s really no reason to debate private insurance. If the government will cover everything, with no copays or deductibles or hidden forms of rationing, then there’s no need for private coverage. . . .

[Sanders’s bill] doesn’t actually abolish private insurance. It outlaws “health insurance coverage that duplicates the benefits provided under this Act.” If the proposed benefits contracted during the legislative process, it would open more room for private insurers to enter the system. So even Sanders’s answer to this question isn’t truly “yes” or “no.” It depends on what’s covered, which in turn depends on how much Americans are willing to pay in taxes.

Klein then lists questions that he thinks debate moderators should be asking instead: Would your plan include cost sharing at the point of service, how would prices be determined, and so on. They’re not bad questions. But neither is the question about outlawing private insurance. In the first place, whether the Sanders proposal would change in the legislative process is irrelevant to the question of what the candidates are seeking. Their endorsement tells us the answer to that question. It is also hard to picture the Sanders proposal changing so much that anything like the private health-insurance policies that scores of millions of Americans now rely on could survive.

Several candidates — Gillibrand, Warren, Sanders, Harris, and probably a few others I’ve forgotten — have endorsed, of their own free will, making it illegal for Americans to buy the kind of insurance most of them now have. Americans should be informed about what Democratic health programs will look like. They should know as well whether they’ll have a choice about participating.