A Washington State Carbon Tax: All Pain, No Gain 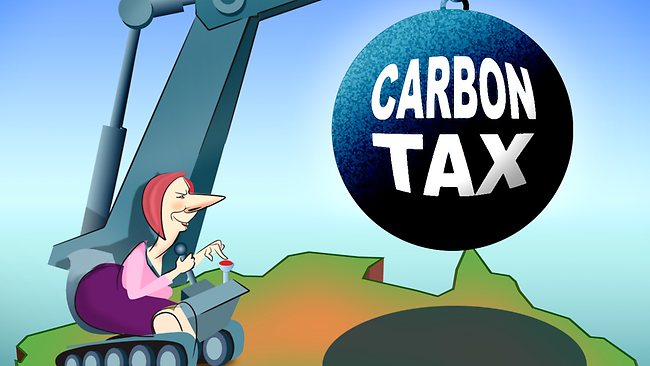 With respect to Washington governor Jay Inslee’s renewed proposal for a “carbon” tax on that state’s greenhouse-gas (GHG) emissions, a number to keep closely in mind is: 2/1000 of a degree.

That would be the global temperature effect in the year 2100 if Washington were to reduce its GHG emissions to zero immediately. That figure comes from the Environmental Protection Agency’s climate model, under a set of assumptions that exaggerate the effects of emissions reductions.

Obviously, the effect of the governor’s proposed tax would be vastly smaller. And by the way, the governor’s proposal would not apply to jet fuel, as Boeing is the state’s largest private employer. Even with that glaring concession to political reality, Inslee apparently still believes that the state should make itself a moral example and “mark the way.” Sorry, but the federal bureaucracy until Donald Trump assumed the presidency was way ahead of him. Implementation of the Obama administration’s entire package of climate policies would have reduced temperatures by 25/1000 of a degree, while the Paris agreement, if implemented fully, would yield a reduction of 17/100 of a degree. Those effects, by the way, would be too small to be measured reliably.

And so Inslee’s claim that his proposed tax would “save our children” from droughts, flooding, fires, and other “existential threats” is preposterous. Inslee seems implicitly to recognize this, and so he reverted to a justification based upon the employment that will be created by an expansion of “clean energy” production.

And above all, there is the increase in emissions of conventional effluents caused by the up-and-down cycling of the backup conventional-generation units, which are needed to avoid blackouts caused by the unreliability of wind and solar power — a reality curiously underreported in the popular discussion.

With respect to the “existential threats” asserted by Inslee: There is no question that increasing GHG concentrations are having measurable effects. But they are far smaller than the climate models would lead one to believe. The degree to which recent warming has been anthropogenic is unsettled in the scientific literature, and the Intergovernmental Panel on Climate Change (IPCC) in its fifth assessment report (AR5) has reduced its estimated range of the effect in 2100 of a doubling of GHG concentrations from 2.0–4.5 to 1.5–4.5 degrees C.

Climate change caused by GHG emissions might prove to be a serious problem. It might prove to be a minor problem, and it might prove to be beneficial on net. We simply do not know, and the argument that very large costs ought to be imposed by climate policies upon the economy — that is, upon actual people — with trivial or unmeasurable benefits is deeply problematic. More research, more technological advance, and adaptation over time are likely to prove far wiser.

In his State of the State address, Inslee used the phrase “carbon pollution” no fewer than five times. That term is political propaganda, the obvious purpose of which is to cut off debate before it begins by assuming the answer to the underlying policy question. Carbon dioxide is not “carbon,” and it is not a “pollutant,” as a certain minimum atmospheric concentration of it is necessary for life itself. By far the most important GHG in terms of the radiative properties of the troposphere is water vapor; no one calls it a “pollutant.” Why not? Is it because ocean evaporation is a natural process? So are volcanic eruptions, but the toxins, particulates, and other effluents emitted by volcanoes are pollutants by any definition. All of us would do well to use the phrase “greenhouse gases,” which has the virtue of being scientifically accurate without assuming the answer to the underlying policy question.

Willie Sutton, who robbed banks because “that’s where the money is,” would be proud. Whatever Inslee’s spending preferences for the revenues, interest-group competition within the legislature guarantees that good intentions would yield quickly to ordinary pork-barrel politics. With no prospect of environmental improvement and little of real beneficial spending, what is the rationale for a tax on “carbon?” Why not on zucchini?