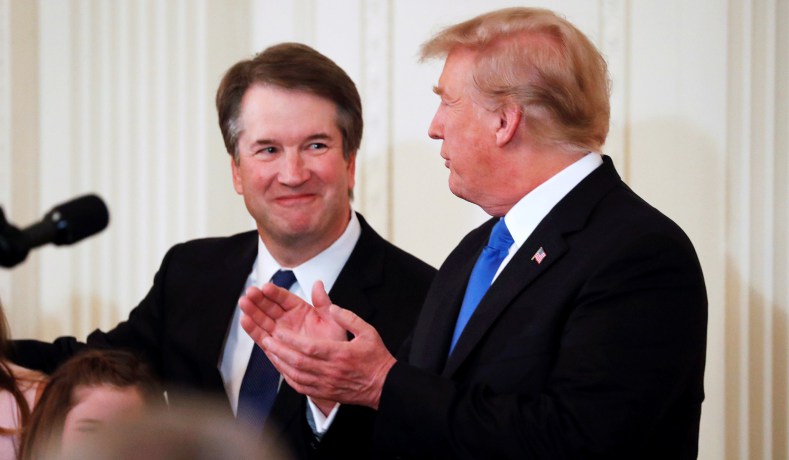 By The National Review

Judge Brett Kavanaugh, President Donald Trump’s new nominee for the Supreme Court, is a whip-smart legal conservative. As a judge in the highest-profile appeals court in the nation, he has shown an exemplary dedication to the rule of law. He has defended the separation of powers against threats coming from multiple directions. He has repeatedly cautioned his colleagues on the bench not to attempt to play a legislative role. He has also insisted on enforcing constitutional structures of accountability on government agencies. He has vindicated the right to free speech (against certain campaign-finance regulations), to bear arms (against the D.C. government’s attempts to implement sweeping bans), and to religious liberty (against a version of the Obama administration’s “contraceptive mandate”). And he has followed Supreme Court precedents even when gently suggesting they should be rethought.

His decisions have also been influential, with the Supreme Court repeatedly adopting his analysis and in one case running several block quotes from his opinion. Some conservatives have faulted the reasoning of a few of his opinions, but usually have not disagreed with the decisions he reached. His ruling on a challenge to Obamacare’s individual mandate is an exception to this rule — some conservatives do fault his decision — but even it has an asterisk. He would have dismissed the case on the ground that the courts did not yet have jurisdiction over it, in keeping with views he has long advocated. He did not bless the idea that the federal government could order people to buy a product, as the four most liberal members of the Supreme Court later would have done. Nor did he rewrite the text of Obamacare to uphold it, as Chief Justice John Roberts did.

It would be utterly implausible, indeed laughable, for Senate Democrats to try to portray Kavanaugh as unqualified. They will instead try to present him as a right-wing monster. They will try to make him pledge to keep the Supreme Court rather than legislatures in charge of abortion policy, even though the Constitution requires no such thing; then they will condemn him for refusing to take the pledge. They will portray his concern for the structural limits on government power as a blanket hostility to government, which it is not. And they will cherry-pick decisions in which he ruled against a sympathetic cause or litigant, as is sometimes a judge’s duty.

They will call him every name in the book. But before too long, they will, as they should, be calling him “Justice.”