Al Gore at SXSW: We Need to ‘Punish Climate-Change Deniers’ and ‘Put a Price on Carbon’ 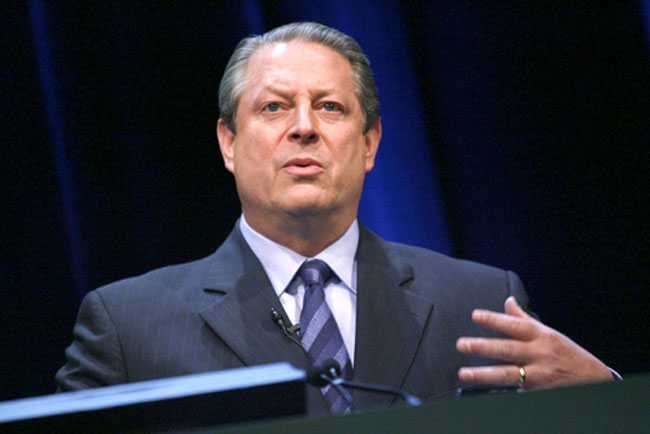 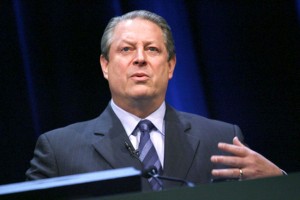 Editor’s Note: Al Gore wants to “punish” people who disagree with him. Sadly, there is nothing new in this — the far Left has been talking about punishing and holding “Nuremberg-style trials” for those who do not agree with Al Gore and his climate alarmist buddies for many years. That is as anti-American as it comes. If they had their way, they would throw Free Speech on the ash heap of history. These people are dangerous. They do not seek to govern us as citizens with inalienable rights. They seek to rule over us as subjects and they seek to force their opinions upon us. They are wanna-be dictators. If given the power, they would abuse it. They’ve told us that much.

Sensible Americans are horrified when extremists punish those with whom they disagree in the Middle East. Al Gore and his ilk won’t likely behead anyone, but they share the same intolerance for differences of opinion and the same absolute confidence that they are “right” and that being “right” gives them the right to outlaw and punish those who don’t agree with them. As a group that was targeted by the IRS because the word “Freedom” appears in our name, we take seriously threats to punish people who don’t share the views of a self-appointed orthodoxy. The whole purpose of the First Amendment is to protect thought, opinion and the ability to debate and disagree within a context of constitutional freedom. But the far left does not respect the right of free speech or our constitutional freedoms. They seek to control and dominate. They always have and they always will. That is simply who they are. And now Al Gore provides further vivid evidence of this sad but undeniable fact.

Read the following article with horror. And please remember this is not an isolated occurrence. This insane talk is engaged in regularly by the far left. Remember Al Gore is not some angry private citizens spouting off online. He was speaking at a public forum delivering prepared remarks. He was a US Senator, the Vice President, and the nominee for President who came dangerously close to being President. Yet, he sounds nothing like an American. He sounds more like a North Korean or an Iranian dictator.

The South by Southwest (SXSW) Festival is happening now in Austin, Texas. Running from March 9 to 22, it’s a massive film, interactive and music festival that is nearly 20 years old. The festival brings together designers, developers, investors, entrepreneurs and politicians for panels and discussions about technology and innovation.

For the third time in the last few years, Al Gore, founder and chairman of the Climate Reality Project, spoke at the festival on Friday. Naturally, his interactive discussion focused on addressing the climate crisis. The former vice president focused on the need to “punish climate-change deniers, saying politicians should pay a price for rejecting ‘accepted science,’” said the Chicago Tribune.

Gore said forward-thinking investors are moving away from companies that invest in fossil fuels and towards companies investing in renewable energy. “We need to put a price on carbon to accelerate these market trends,” Gore told the Chicago Tribune, referring to a proposed federal cap-and-trade system that would penalize companies that exceeded their carbon-emission limits. “And in order to do that, we need to put a price on denial in politics.”

He called on the tech-minded SXSW crowd, which is dominated by Millenials, to harness technology to launch a grassroots movement to tackle climate change and call out climate deniers. “We have this denial industry cranked up constantly,” Gore said. “In addition to 99 percent of the scientists and all the professional scientific organizations, now Mother Nature is weighing in.”

Years from now, Gore said the next generation will look back at us and ask: “How did you change?,” according to Macworld. “Part of the answer may well be that a group of people came to South by Southwest in Austin, Texas in 2015 and helped to make a revolution,” Gore said.

Gore wanted these young, tech-savvy attendees to start a grassroots movement using social media like they did when “net neutrality was threatened or when the Stop Online Piracy Act threatened to blacklist websites that offered so-called illegal content,” said Macworld. That means signing petitions to fight climate change, utilizing social media to call out climate deniers in Congress and streaming the Live Earth Road to Paris concert on June 18, an event designed to draw attention to the climate talks in Paris this December.

The former Veep even gave a nod to Pope Francis during his talk, showing a slide of the pontiff and saying “How about this Pope?” Pope Francis celebrated his two-year anniversary as Pope on Friday, riding a wave of popularity “that has reinvigorated the Catholic Church in ways not seen since the days of St. John Paul II,” said the Chicago Tribune. Gore said he was looking forward to the Pope’s highly anticipated encyclical on the environment which is due to be released in June or July. “I’m not a Catholic,” Gore said, “but I could be persuaded to become one.”