America Between Good And Evil 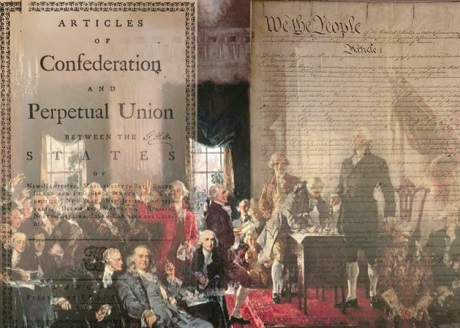 The United States of America is being tested acutely in the crucible of the COVID-19 emergency.  This novel coronavirus outbreak has followed closely at the heels of perhaps the most grievous constitutional crisis in American history.  Alternately dubbed “the Russia Collusion” or “the Russia Hoax,” this extremely well organized campaign to delegitimize the 2016 presidential election and its winner Donald J. Trump has been designed to upset the peaceful transfer of executive powers from one administration to the next.

Having started out with a huge bang and having been kept illegally alive for more than three years through the totally baseless Mueller investigation as well as the absurd impeachment proceedings in the House of Representatives, which ended with an embarrassing whimper in the Senate, the attempted coup d’etat by the Democrats against the duly elected President has demonstrated the fragility of the constitutional republic vis-a-vis the nefarious quest of a determined minority for absolute power over the majority.

The only true meaning of the constitutional republic and of its accompanying system of government called democracy is that through the eligible members of the whole society, the majority elects its representatives among those candidates who would govern according to their views, traditions, and morality.  Therefore, the objective of democratic elections is to determine the present and future course of a nation, according to the mentality and the ideas of the majority and not to allow a minority to “fundamentally” change, experiment with, or overthrow the practical and spiritual realms of the nation.

On November 8, 2016, the Republican Donald J. Trump beat the Democrat Hillary Rodham Clinton by the electoral margin of 304 to 227.  Put it simply, the majority of voters in the majority of states rejected the attempted overthrow of the constitution, its principles, and the Bible-based spiritual order of American society, with the vague notions of duplicitous social justice, fake human rights theories with their multiculturalism and non-existent “white supremacy” lies, economically destructive and baseless global warming hysteria, anti-religious revolution, and the already debunked utopian ideal of Marxism-Leninism-Maoism.

Prior to the 2016 presidential election, in the United States of America, the loser(s) accepted the verdict of the citizenry and organized itself to remain in opposition until the next election in four years.  Meanwhile, this opposition labored hard on developing ideas and policies that would meet with the approval of the majority of the electorate.  Clearly, constructive opposition has confidence that those ideas and policies are sound enough to win the next presidential election.  However, when the opposition does not believe that its ideas and policies are winnable, the only way to gain the coveted political power is to delegitimize, or even to attempt overthrowing the legitimately elected president and his administration.  The preferred methods are pseudo-legal, outrightly illegal manipulations with the help of corrupt civil servants, and defamation of character.

The Democrat Party and its representatives have been guilty of all of the above.  Moreover, to achieve their illegitimate goals, they have enlisted the unelected and corrupt heads of several intelligence agencies, the equally unelected and corrupt heads of the premier law enforcement agency, the Federal Bureau of Investigation (FBI), as well as the overwhelming majority of the written and electronic media.

In the absence of a constructive opposition, America is devoid of a political middle.  What the country has is an extremely radicalized Democrat Party on the proverbial Left, with its presumptive, washed out presidential nominee.  On the other side, there is a sitting President fighting for his political future amidst increasingly strong headwinds.

Meanwhile, the victim of this abysmal situation is the United States of America and its citizenry.  Judging by the wave of unconstitutional measures under the guise of saving lives at all cost, the Democrat governors and their colleagues in Congress again have been pursuing criminally destructive policies, in order to damage as much as possible President Trump in particular and the Republicans in general.  From arbitrary prohibitions to idiotic actions they have been pushing ultrarevolutionary socialist and communist agendas to the detriment of democracy and the rule of law.  The most glaring examples have been the violations of the First, Second, Fourth, and Fourteenth Amendments.  While selling alcohol and drugs of all kinds as “essential” goods, churches and gun shops have been closed – supposedly for the sake of protecting the health of all Americans.  Moreover, the House of Representatives, with its clueless Speaker, has been blackmailing the President and the Senate with her unrealistic economic and financial fantasies, and pursuing vehemently the release of President Trump’s tax returns.  To add insult to injury, Representatives Schiff and Nadler have been searching feverishly for new phantoms, which might be grounds to impeach the President again.  Finally, former President Barack Obama has shown a new small-minded and vindictive self.  Attempting to destroy an American hero just because he hated him, and masterminding a coup d’etat against his successor, are vivid remainders of his true character.

Nobody is perfect.  However, President Trump has been fighting against all odds to restore the constitution and the Judeo-Christian ethos of America.  On the other side of the aisle, the Democrats have been waging a war against the nation, religion, and family.  Their ideas and policies are bad, because they lead to faulty compromises.  And bad compromises always end in bottomless vacuums, or hopeless cul-de-sacs.  Yet, one could traffic in antithetical ideas but cannot play with contradictory emotions.

Tradition, religious spirituality, respect for the rule of law are the cornerstones of peace and stability in every society.  Without those values, no great nation can endure long.