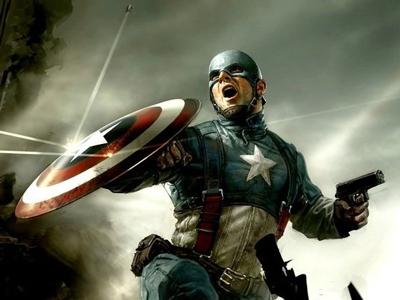 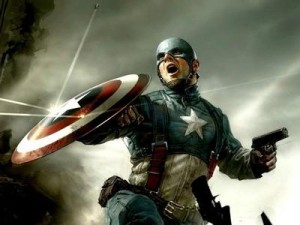 The evidence that Vladimir Putin — and not his American public relations firm — really wrote the pugnacious New York Times op-ed on Syria that infuriated both Republicans and Democrats came in a snarky passage near the end that included the phrase: “American Exceptionalism.”

In the old Soviet system, the one that nurtured Putin’s ambitions and his career, party functionaries were long hostile to the very idea that America was special. The offending phrase itself was actually popularized by Joe Stalin. In 1929, Stalin used it in response to a contingent of American communists who claimed that U.S.-style capitalism might constitute an exception to Marxist thought.

The phrase subsequently fell into disuse, except among left-leaning college professors, who invariably prefaced it with “the myth of…” Knowing that voters have no qualms about thinking their nation is exceptional, however, most American politicians know better than to talk this way. But Barack Obama, with his two Ivy League degrees and his University of Chicago pedigree, betrayed the academy’s liberal bias when asked by a British journalist in 2009 whether he believes in American Exceptionalism.

This dodge drove many prominent conservatives in the United States nuts. As for Vladimir Putin, he apparently never heard it.

But American Exceptionalism is too exquisite an idea to be rendered moot by partisan posturing, let alone permanently appropriated by its deniers. Our most beloved presidents have given expression to the sentiment, if not the exact phrase, including Abraham Lincoln, who in 1862 referred to the Union as “the last best hope of earth.”

It has remained in the nation’s consciousness, generally in a most positive light. In December 2010, the Gallup polling organization asked Americans if they believed the “United States has a unique character because of its history and Constitution that sets it apart from other nations as the greatest in the world.”

This is a pretty good working definition of American Exceptionalism, and the survey results were unambiguous: 80 percent said yes; 18 percent said no. There were partisan differences: 91 percent of Republicans answered affirmatively, compared to 73 percent of Democrats (independents were 77 percent), but 80 percent is pretty overwhelming any way one looks at it.

The Gallup survey also showed that President Obama scores significantly lower than his predecessors when voters are asked whether they think he believes in the concept. Perhaps that was on the president’s mind when he closed his Tuesday speech on Syria by saying that a willingness to intercede militarily for human rights concerns in places such as Syria is what sets America apart. “That’s what makes us exceptional,” he added. “With humility, but with resolve, let us never lose sight of that essential truth.”

In other words, Obama was doing what almost all U.S. presidents have done. He was discussing America’s place in the world — and Americans’ obligation to the rest of the people in the world. This is a venerable idea, and one much older than Stalin, Lenin, or even Karl Marx. In his enduring 19th-century tome, “Democracy in America,” Alexis de Tocqueville wrote that the “position of the Americans” is “quite exceptional, and it may be believed that no democratic people will ever be placed in a similar one.”

Even that laudatory description, coming from a friend, doesn’t do the concept full justice. It’s true that the United States of America is a distinctive physical place with actual borders, but it’s always been more than that, too. From the very beginning it was also an idea. Today, Ronald Reagan is credited with comparing America to a “shining city on a hill.” But that imagery, as Reagan acknowledged, was first employed by Puritan leader John Winthrop.

The first governor of the Massachusetts Bay Colony, Winthrop led his pilgrims across the ocean in 1630. While still on their journey, Winthrop delivered a lecture one day alluding to Jesus’ Sermon on the Mount, in which he implored his followers to be “as a city on a hill” — a light to the rest of the world.

“We must always consider,” Winthrop said, “that … the eyes of all people are upon us.”

Invoking Winthrop in 1961, President Kennedy put it this way: “More than any other people on Earth, we bear burdens and accept risks unprecedented in their size and their duration, not for ourselves alone but for all who wish to be free.”

In Ronald Reagan’s updating of Winthrop’s vision — what political scientist Hugh Heclo dubbed Reagan’s “sacramental vision of America” — the 40th president maintained that America should aspire be a shining example for the merits of freedom.

These, then, are the actual roots of American Exceptionalism, and two things must be said in rebuttal to Putin and his ilk. First of all, Winthrop was exhorting his fellow freedom-seekers to lead by example, not by military feats of arms. He was telling them they will be watched, and judged, by the world’s other citizens, and that if their experiment fails — if they falter in their faith — they will be setting back the cause of religious liberty.

The second point is that Winthrop is telling them all this before they’ve ever set foot on American soil. This is a lesson that successive generations have had to learn, and re-learn, for themselves.

“We are called the nation of inventors,” Mark Twain said in an 1890 speech. “And we are. We could still claim that title and wear its loftiest honors if we had stopped with the first thing we invented, which was human liberty.”

The same year, the director of the U.S. census made an unsettling claim: The vast American “frontier,” and the mindset it engendered, had essentially disappeared. A young historian named Frederick Jackson Turner subsequently took this thesis and ran with it. The liberating possibility of the “free frontier,” he postulated, had been essential to the traits that made Americans great. The curtain on American Exceptionalism, he suggested, was coming down. Americanism, he said, was un-exportable.

Turner’s theories turned out to be wrong. For starters, Americanism proved to be eminently exportable, via methods as varied as Hollywood movies, rock-and-roll, and the U.S. Army. (Ask the Japanese how they like their Constitution: Douglas MacArthur wrote it.) And Turner’s definition of “frontier” was too narrow, anyway, as John F. Kennedy would reveal by challenging his countrymen to go to the moon. Moreover, Americana’ identity was never limited to the musings of native-born Easterner whites who gazed longingly to the West. And it was being constantly reconfigured by wave after wave of new immigrants. To these latter-day pilgrims America itself was a frontier — a frontier of liberty — and they kept refreshing the tree of optimism.

If Obama whiffed when he blathered about “British Exceptionalism,” he’s had perfect pitch when talking about the immigration component of the American national identity. (When asked last year to respond to Republican criticism that he doesn’t really get it, he replied that his “entire career has been a testament to American Exceptionalism.”) And two years ago, in a visit to the Irish town where a great-great-great-grandfather on his mother’s side — a man named Falmouth Kearney — had lived, Obama amplified on this thought.

Two decades earlier, in his 1988 farewell speech as president, Reagan proffered his poetic version of this theme in a speech pointedly praising one of Putin’s predecessors, Mikhail Gorbachev, by name.

In a brief allegory, Reagan alluded to a problem the Soviets never had — namely, refugees clamoring to get into their country. His story took place in the South China Sea, when a leaky boat crammed with Vietnamese refugees was spotted by a U.S. Navy ship. “Hello, American sailor!” one of the refugees called out to a serviceman standing on deck. “Hello, Freedom man!”

“I’ve spoken of the ‘shining city’ all my political life,” Reagan continued, “but I don’t know if I ever quite communicated what I saw when I said it. But in my mind it was a tall, proud city built on rocks stronger than oceans, windswept, God-blessed, and teeming with people of all kinds living in harmony and peace; a city with free ports that hummed with commerce and creativity. And if there had to be city walls, the walls had doors and the doors were open to anyone with the will and the heart to get here. That’s how I saw it, and see it still.”

Carl M. Cannon is the Washington Editor for RealClearPolitics.