Americans Expect Masking to Continue Even as COVID Numbers Crash 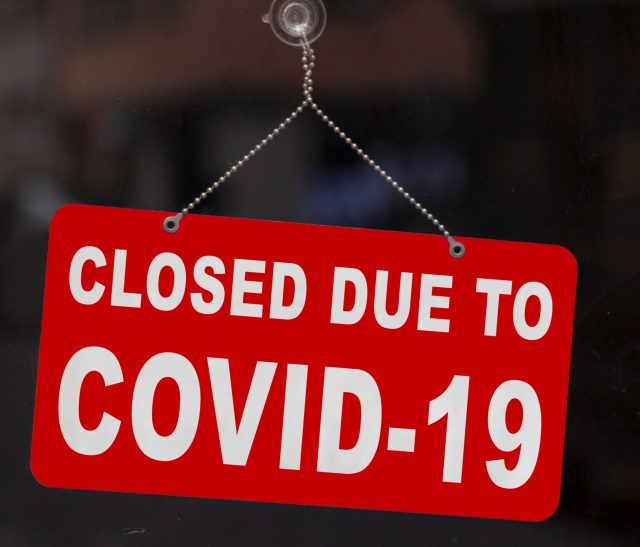 The number of new COVID infections is declining rapidly, suggesting to some that the novel coronavirus pandemic may be on the verge of ending. Nevertheless, even with the advent vaccines that apparently prevent its transmission from person to person, most Americans believe the protective measures adopted over the last year like mandatory masking will continue for some time.

A recent Rasmussen Reports poll found that nearly three out of every four Americans over the age of 18 expect the requirement that masks be worn outdoors will remain in place for at least another six months. Almost a third – 36 percent – said it would be more than 18 months before it would be acceptable to be barefaced in public once again.

“It’s an indictment of the media that so many people expect mask mandates to persist for months,” said the Committee for Prosperity’s Phil Kerpen who has for months been crunching the numbers related to the pandemic and its spread.

Kerpen and his group produce a free daily hotline that provides short and timely insider updates on what is happening with the economy and the virus. It was one of the first to notice that New York’s Democratic Gov. Andrew Cuomo seemed to be fudging the numbers connected to COVID-19 in nursing homes, a story most news outlets missed.

With Vice President Kamala Harris and others inside the Biden Administration claiming, falsely, that they’ve had to begin the fight against the coronavirus “from scratch,” the recent acknowledgment by Dr. Rochelle Walensky, the director of the U.S. Centers for Disease Control and Prevention that the number of new cases and hospitalizations are indeed coming down.

“We continue to see a five-week decline in COVID cases, with cases decreasing 69 percent in the seven-day average since hitting a peak on January 11th.  The current seven-day average of approximately 77,000 cases is the lowest recorded since the end of October,” Dr. Walensky said during a White House briefing Friday.

“Like new COVID-19 cases, the number of new hospital admissions continues to drop.  The seven-day average of new admissions on February 16th, approximately 7,200, represents a 56 percent decline since the January 9th peak,” the doctor continued.

The problem remains what to do until what many medicos refer to as “herd immunity” is reached.  Some, like Biden COVID advisor Dr. Anthony Fauci, have suggested it may be prudent to double up on masks while the CDC’s latest recommendation is “placing a sleeve made of sheer nylon hosiery material around the neck and pulling it up over either a cloth or medical procedure mask.” Others, like Kerpen, suggest the best possible thing would be for states to open up and for people to be allowed to go about their business once again, and for children to be permitted to return to school on a five-day-per-week schedule.

“More governors need to exercise the leadership of Florida’s Ron DeSantis, the Dakota’s Kristi Noem and Doug Burgum, and Kim Reynolds of Iowa and proclaim a return to normal now – now, forever, months in the future,” Kerpen said.

His suggested approach appears to be the wise one. Recent comparisons of the spread of COVID-19 in Florida and California show little difference in how things have turned out. This would seem to deflate the dire predictions Gov. DeSantis’s decision to re-open the economy in the nation’s third most populous state would push the number of infections and death off the charts.

None of that seems to have happened. What is different is that Florida’s been open for business for some time while California’s economy, which for months has been in a lockdown state, is floundering badly. The performance of the two economies, which are about as different at this point as night and day, are worth further study. There may be valuable clues regarding the best ways to fight a pandemic hidden in the data, waiting to be unmasked.