An historic parable about ObamaCare 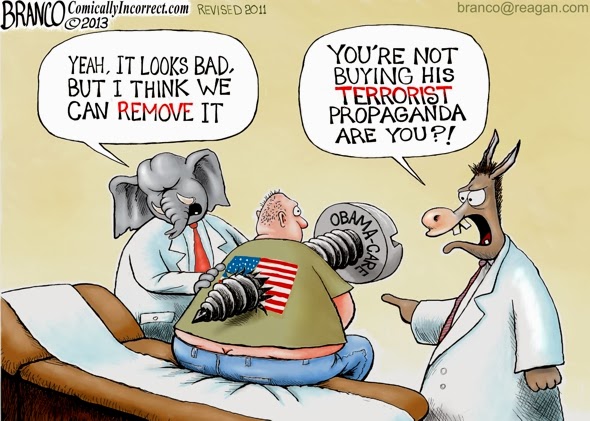 Government control of health care has long been the central goal of the progressive project. The idea can be traced back to the efforts of the American Association of Labor Legislation.

Around 1915, the AALL established the progressive narrative that Europe had enlightened social welfare policy, whereas the U.S. was benighted, uncompassionate and politically unsophisticated because we did not emulate Europe’s emerging government-funded health insurance schemes.

On Nov. 14, during what was called his “mea culpa” press conference, President Obama referenced the roots of the progressive struggle when he said: “It took a hundred years for us to even get to the point where we could start talking about and implementing a law to make sure everybody got health insurance.”

The century-long campaign to which he referred, however, was about more than universal health insurance.

In the progressive worldview, nationalizing health care has always been about expanding the power of central government.

Germany’s Otto von Bismarck was Europe’s schoolmaster on this. He was able to build modern Germany by promising widely diverse ethnic and tribal groups, ruled in medieval fiefdoms, protection from the uncertainties of the industrialized future by inventing national health care as the domestic linchpin of centralized power in a newly federalized nation.

Two decades later, Lenin famously articulated the link between government health coverage and unbridled state power: “Socialized medicine is the keystone to the arch of the socialist state.”

Obamacare, too, has grander objectives. It seeks to redistribute wealth by shifting program costs to younger, healthier individuals.

In the name of efficiency, it restricts medical innovation and sets in place the means to restrict care for the elderly.

Further, it uses the rationale of improving public health to justify gathering personal information that will permit Washington eventually to control our behavior.

Obamacare permits the federal government to know all the intimate details of our health and illnesses. In time, it will control what we eat, the speed at which we drive, when we exercise (or don’t), if we smoke, what we drink and just about anything else our bodily selves do.

A recent encounter with my physician revealed that the tablet on which he was recording my medical data was connected to a government databank.

A federal grant for computers was the bargain to give away my privacy!

Back in 1974, Supreme Court Justice William O. Douglas saw government empowered to provide health care as just such an expansive threat to individual liberty (and to the nation’s economic well-being in the bargain).

Before the Supreme Court was a case where it could have recognized a broad right to publicly financed health care.

In Memorial Hospital v. Maricopa County, Douglas, perhaps the most liberal member of the Court, cautioned that “the legal and economic aspects of medical care are enormous.”

To suggest the unknown implications and dangers of government control of health care, Douglas gave us one of the most extraordinary moments in judicial literature.

In his opinion, he included without comment the complete text of a parable written by two economists, Lester and Judith Lave.

The parable described the nation of Gourmand, a land where everyone loved good food. In time, the government took it upon itself to appoint a commission that found food was too important to be left to amateurs.

Chefs had to go through many years of government-supervised schooling to be permitted to cook. Families found themselves restricted to cooking only for themselves, never for nonfamily members. Eating out was encouraged, but all restaurants operated under government supervision.

Dinners became so expensive that a second commission was appointed:

‘No one,’ they said, ‘should be denied a good meal because of his income.’ For those people who could not afford to eat out, the government declared that they should be allowed to do so as often as they liked and the government would pay.

“For others … they [would] organize themselves in groups and pay part of their income into a pool that would undertake to pay the costs incurred by members in dining out. The cost of joining such prepaid dining clubs rose sharply.”

With the poor eating for free and the cost of prepaid dining clubs becoming prohibitive, a third commission was appointed.

It recommended that “a national pre-payment group be established which everyone must join.” It concluded that “every Gourmandese be given the right to eat anywhere he chose and as elaborately as he chose and pay nothing.”

Government adopted the recommendations. The parable ends abruptly with the words “the country collapsed.”

Interestingly, this case is not cited in the Supreme Court’s decision in National Federation of Independent Businesses v. Sebelius that validated the Affordable Care Act.

Would that the justices had considered Douglas’ worries.

Carl Schramm is University Professor at Syracuse University. His article was published in the Examiner. His most recent book, with Robert Litan, is Better Capitalism. (Yale, 2012).