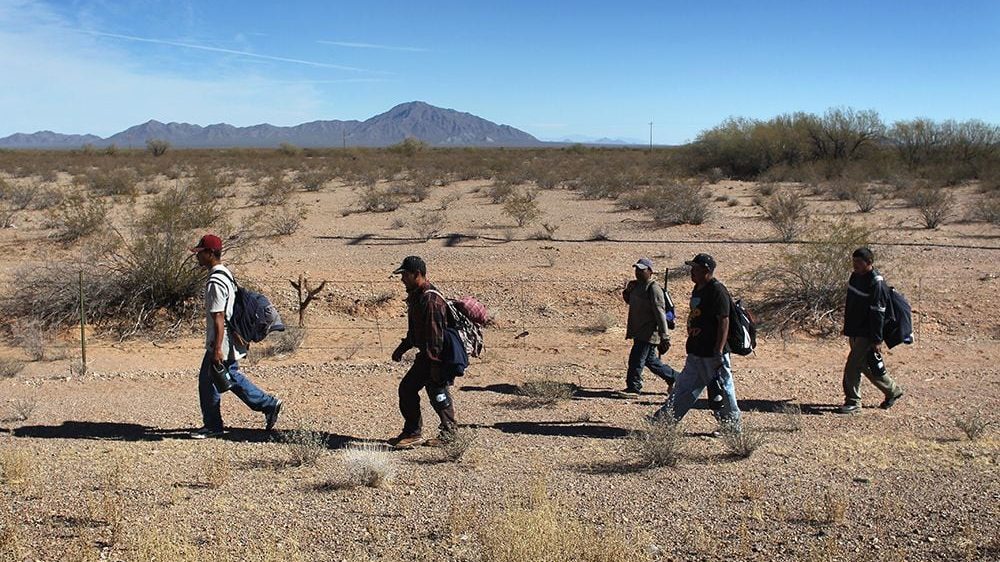 Make no bones about it, the southwest border is facing a crisis like nothing the region has ever seen before. The human wave pouring over the border continues unabated, and it will only continue to do so.  None of the traditional tools used to combat illegal immigration will work.  A wall won’t work.  Placing more sensors won’t work.  Even hiring more agents to patrol the border won’t work.

They come from places as far away as India and Nepal.  They speak ancient Mayan languages found only in remote central American villages. They claim to be Christians persecuted by the Chinese government.  Their stories are so familiar that the officers and agents interviewing them could write the stories without bothering to interview the individuals telling the stories.  They are all well coached, and know exactly what to say.
Asylum.  That is the magic word, the golden ticket.  The story is simply the means to the end, and the stories are familiar because those telling the story have been told exactly what to say in order to get an interview with an asylum officer.

These would be immigrants don’t bother to attempt to try to get away.  All they need is a toe hold on American soil. Once they cross, they simply sit and wait for the Border Patrol to pick them up.  If there is a Border Patrol Agent in the area they will save the agent the effort and walk to him or her to give themselves up. Why risk their lives when all they have to say is one little word?

The word is so small, but it has an oversized effect on our border security agencies.  Border Patrol stations are bogged down with people who never bothered attempting to escape.  Agents spend time working with interpreters attempting to interview individuals even though the agents already know exactly what the individual will claim. The only thing different is the names of people and places, the rest of the story is identical to the last story they heard.  While agents are processing the asylum seekers, the real bad guys, the gang bangers, rapists, murderers, and potentially the terrorists are able to slip by either undetected or detected but unacted on because there are not any agents available to do anything about it.

President Trump is doing what he can to combat this flow of humanity, but there really is nothing that he can do.  There is only one way to stop this wave of humanity, and only one entity can stop it.

Under current law anyone who has been in the United States for up to a year can apply for asylum regardless of how they entered the country.  It is amazing that it has taken as long as it has for people to take advantage of this gaping loophole in our immigration law.  The only way to fix it is for Congress to change the law. The fix is very simple.
Anyone who is able to present themselves to a port of entry for inspection and enters the United States by way other than the port of entry shall be ineligible for asylum.

There.  Simple.  If you are able to enter through a port of entry and you choose not to, you lose your shot at asylum and are shipped home.  If you are coming from a Caribbean island country, you get a pass because you end up wherever the boat drops you off. For everyone else, you have to go to a port of entry if you want to petition for asylum.

Such a simple word, such a simple solution.  Unfortunately, Congress has proven over and over that they do not work with simple solutions.  So our asylum officers are backlogged for years, our Border Patrol Agents are busy processing people who simply give up, and the people who we really want to keep out of our country have a free pass to slip by overwhelmed Border Patrol Agents.

That’s right, we the people have the right to demand that Congress act.  Unless we do so, this problem will persist.  It is up to you, the patriot, the concerned citizen, to contact your member of Congress and your Senators and demand that the laws be changed to reflect the current crises.
It won’t happen unless you take action.