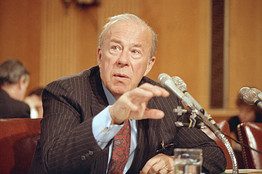 The Benghazi investigation should go forward but with knowledge that it will face heavy partisan and media pushback.

Democrats will argue—they already are—that with the country in crisis the attention of Congress should be turned to addressing the issue that weighs most on the public mind: a bad economy with the very top flourishing while the middle is stuck, stressed and sinking.

That will not be a wholly effective line for Democrats. Their and the president’s inability to work legislatively with Republicans the past 5½ years has left the American people understanding that nothing’s going to get done in the immediate future anyway. Benghazi isn’t distracting Congress because they’re not doing anything.

The president, detached and defeatist when he isn’t in your face and triumphalist, let David Remnick, in the New Yorker interview people keep going back to as the second term’s Rosetta stone, know that he himself does not expect any major legislation, with the possible exception of immigration, to get done.

The more effective pushback will come from Big Media. Network leaders, producers and newspaper editors did not go after the story when the first serious questions began to bubble up. Afterward they dismissed the questions as old news. Now they are defensive and resentful. They are not going to help Republican investigators do the job they themselves should have done. (If they’d done it there might be no need for another investigation, because people might feel satisfied they know the essential facts.) Any proof of a Democratic coverup will have the appearance of indicting the media, too.

There is a threat, too, from the Republicans themselves. They’re happy to hold hearings, as parties out of power are, but members frequently don’t prepare, dig into the material, know what to look for. Sometimes they’re leaden: When Hillary Clinton famously asked what difference does it make, none of them had a reply. Sometimes they just compete with each other for Most Fiery Moment, which might get them a six minute pop on “Hannity.” If they act unseriously and cynically, the American people, to the extent they’re watching, will turn off. In the end that would produce a GOP humiliation. More importantly, what happened at Benghazi wouldn’t be found out.

We are about to find out if Republican congressmen can be mature.

The reasons Benghazi is important do not have to be rehearsed here. An American outpost, virtually undefended, was attacked by armed and organized al Qaeda-associated militants on the anniversary of 9/11 and four were left dead, including the U.S. ambassador. It happened eight weeks before the 2012 presidential election. From day one White House management and leadership focused on spin and an apparent fiction. Did they deliberately mislead and misdirect? Why was there no military response? Who is responsible?

A Democratic former senator noted to me a few months ago that veterans and their families feel a simmering sense of betrayal. They deserve to know what happened and why.

Beyond that, history needs to be told, by which I mean future White Houses need to be told, what really happened. People in politics, of whatever party or persuasion, will need to understand that the words, “Don’t—that’s Benghazi” mean “Don’t lie and mislead, it will hurt us.” The Common Core people say our young are falling behind in math and science, and they are, but we’re not exactly raising generations of moral and ethical deep thinkers, either. Those who are being trained up with a sense of right and wrong aren’t likely to lead lives whose main purpose is to get a good table at the White House Correspondents’ Dinner. People need to be told what happened because lessons need to be heard and internalized.

Since the scandal began, media movers, in an attempt to diminish it as a story and exculpate themselves for not covering it, have begun to say, “Benghazi is no Iran-Contra!”

They are right, but in ways they do not understand.

Iran-Contra was a real scandal and an embarrassment to the U.S. government. In the early 1980s the Reagan White House was worried about the fate of a handful of American hostages being held by Hezbollah, which had snatched each off the streets of Beirut. The president was especially worried about CIA station chief William Buckley, who was being tortured.

Suddenly in 1985 word reached the administration of a possible opening, a group of so-called Iranian moderates who might be willing to pressure Hezbollah for the hostages’ release. Meetings were authorized. It turned out the Iranian group wanted something in return: the U.S. to permit Israel to sell them antitank missiles to use against Iraq. The U.S. would replenish the Israeli stock.

Reagan unwisely agreed. His secretary of state, George Shultz, heard about the scheme, opposed it, and told Reagan that while it might not technically amount to an arms-for-hostages deal, it would look like one and open the president to charges he broke the law.

Reagan should have pulled the plug, but some hostages were slowly released, and he allowed the scheme to continue.

The story broke in a Mideast newspaper. The administration denied it—all of it. Reporters began to dig.

It was a big enough scandal on its own, but then came word that profits from the arms sales had been illegally funneled to the Nicaraguan Contras, who were fighting the communist Sandinista government.

The attorney general, Ed Meese, launched a review of the affair. It was a real investigation, and he went public with his findings. The national security adviser who oversaw the operation had left, but his replacement resigned and his deputy was fired.

The president delivered a national address. Two congressional committees launched investigations. Networks covered the hearings live. Ben Bradlee of the Washington Post said it was the most fun he’d had since Watergate.

Reagan waived executive privilege so his aides would testify. He announced a special commission to investigate everything. There was a full housecleaning. Colin Powell was brought in to run the National Security Council, and Mr. Shultz given full authority for all dealings with Iran. Ultimately Reagan dumped his chief of staff.

The Iran-Contra affair did not spring from low motives. There was no hope of partisan gain, it wasn’t a political play.

All involved were trying—sometimes stupidly, almost childishly—to save lives, and perhaps establish a new opening with Iran. They had good reasons, but the actions were bad, and everyone involved paid a price.

Compare that with how the Obama White House has handled Benghazi. It’s all been spin, close ranks, point fingers, obfuscate, withhold documents, accuse your accusers of base motives. Nobody in the administration has paid a price.

The reporter Bob Timberg, who along with the late Michael Kelly toughly covered Iran-Contra for the Baltimore Sun, suggests the press had its own biases. “At a certain point, though, I realized that the comparison to Watergate . . . didn’t hold up when looked at in light of the motives,” he writes in his new memoir, “Blue-Eyed Boy.”

No, Benghazi was no Iran-Contra, in terms of the nature of the crime or the handling of it.

Dude, that’s how patriots, not punks, deal with scandals.

Peggy Noonan is a columnist for The Wall Street Journal.