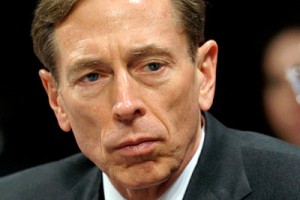 The last thing the Obama administration wanted to tell the American public during a tight presidential campaign was that al Qaeda had attacked a US consulate on the 11th anniversary of 9/11, killing four brave Americans.

That sort of revelation flew directly in the face of the narrative being spooned out by Team Obama during the fall campaign, laden with phrases like “Osama bin Laden is dead” and al Qaeda is “on the run” or “on the path to defeat.”

It also messed up the administration’s narrative on Libya and the Arab Spring generally, where we were supposed to be on the verge of a new and improved Middle East and North Africa, the result of Team Obama’s deft diplomacy.

Now news reports tell us that Petraeus told the Intelligence Committees yesterday behind closed doors that the CIA knew Benghazi “was a terrorist attack and there were terrorists involved from the start.”

Petraeus also reportedly said in the classified briefing that references to “al Qaeda involvement” were removed from the CIA memo on the tragic incident provided to the administration.

He wasn’t able to say who changed or disregarded the CIA’s memo — nor were other senior intelligence community members (such as Petraeus’ boss, Director of National Intelligence Jim Clapper) who testified before Congress a day earlier, according to news reports.

So, how did we get from there to UN Ambassador Susan Rice’s now-infamous performance on five Sept. 16 Sunday talk shows, where she repeatedly said the attack was the result of a spontaneous protest over an online video offensive to Muslims?

We don’t have the exact answer to that question — yet.

But it’s likely that someone at senior levels in the administration decided that Rice — already an odd choice for the assignment, which had nothing to do with the UN — wasn’t going to sing the CIA’s song on TV that day.

Since this news broke on a Friday — by far the best day to air dirty laundry — the White House crowd will have at least a day, maybe two, to huddle before they have to start answering questions about “Benghazi-gate.”

The administration’s spinning on this increasingly troubling chain of events will make whirling dervishes resemble amateurs, but when they face the court of public opinion, it’s likely to come out something like this:

Team Obama will insist that they had no intention of misleading the American people; it’s just that they’d received a number of conflicting assessments on what happened on that tragic September day in Benghazi.

They may even say that while they saw the CIA’s assessment on terror and al Qaeda, there were other intelligence reports from other agencies which cast doubt on Langley’s claims, leading to a consensus “estimate” that led to Rice’s characterization.

The White House may even say that it was reluctant to disclose the truth about the attack for fear of divulging intelligence sources and methods or warning the terrorists that they were onto them.

Now re-elected, the president may even take the blame himself for some of the actions taken in the roll-out of the news on the events in Benghazi. That might protect Rice, who he’s likely to nominate as the next secretary of State.

Unfortunately, more than two months after this terrible tragedy, there are still more questions than answers. The notion that Team Obama politicized the intelligence is deeply disturbing — and the American people clearly deserve better.

Peter Brookes is a Heritage Foundation senior fellow and a former deputy assistant secretary of defense.