Benghazi: The cover-up is unraveling 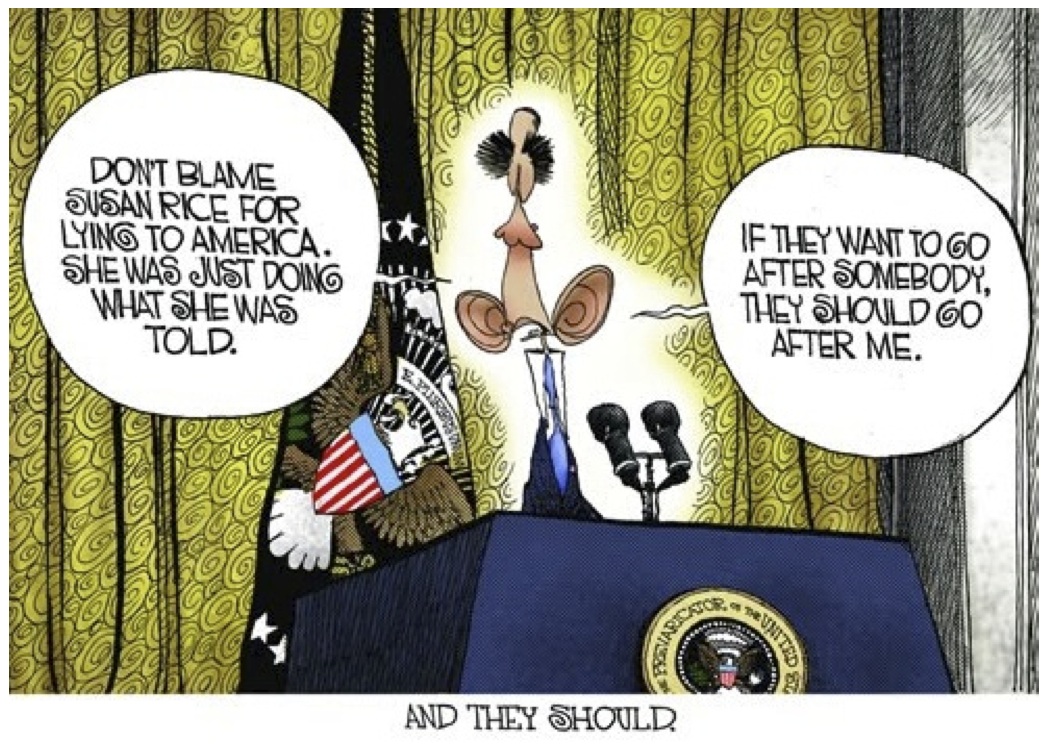 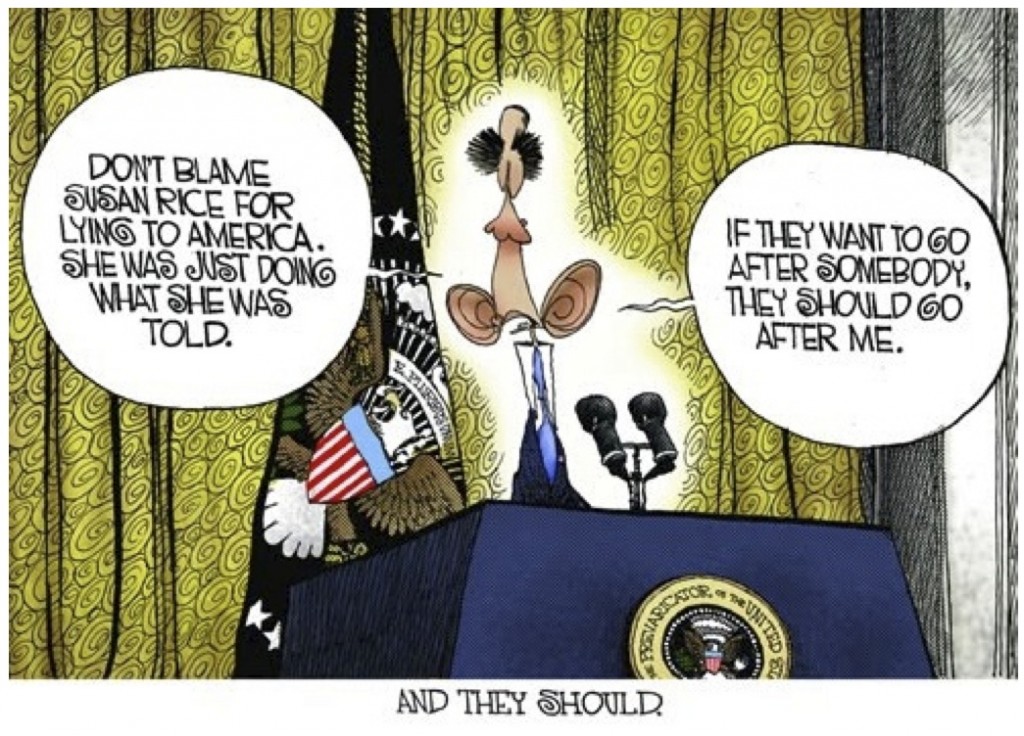 At the White House Correspondent’s Dinner, the president revealed a sad truth – the mainstream media actively works to advance his political career. He quipped that his campaign manager “David Axelrod now works for MSNBC, which is a nice change of pace since MSNBC used to work for David Axelrod.”

In deed, the mainstream media has been diligently advancing Obama’s political career since at least 2008. And the media’s active participation in the Benghazi cover-up is proof positive of the media’s deep and profound dishonesty.

It has been obvious for about eight months to anyone who cared to honestly look at the facts that the Obama Administration was engaged in a massive cover-up of what actually happened on September 11, 2012 during the attack on the American consulate in Benghazi, Libya that resulted in the murder of the U.S. Ambassador and three other diplomatic personnel.

The President himself, the Secretary of State, the Ambassador to the U.N. and numerous other Administration officials were active participants in this cover-up. They misled the public and Congress about what happened before, during and after the attack. The mainstream media actively and knowingly aided and abetted in the cover-up.

The media may defend itself by saying that they only reported what the Administration said. But that too would be dishonest. The media took sides. They didn’t ask obvious questions. They attacked those who did ask the obvious questions. They actively helped the disinformation pass for truth. Had they possessed the logical skills of a modestly precocious twelve year old, they would have seen through the Administration’s silly and self-evidently absurd storyline.

But when you’re rooting for the one telling the silly story, you tend not to give its plausibility much thought. The media was nothing if not, dutifully unquestioning. And they actively attacked those who asked the questions that they media should have asked. Thus, they cannot honestly claim they were merely reporting. They were part and parcel of the cover-up. They were active participants.

The Administration claimed the Benghazi attack was the result of a spontaneous mob protest to an obscure YouTube video. The media backed the Administration up. Multiple sources have made it clear that everyone in the State Department and the intelligence community knew immediately that it was a terrorist attack. But the “spontaneous mob” narrative was simply the story they told to hide the truth and preserve the President’s campaign theme that he had defeated Al-Qaeda. The media willingly promoted the lies because they are not honest purveyors of fact, but in fact, bitter partisans who are almost completely disinterested in truth or fact and are primarily motivated to seek leftist political outcomes even if it means actively deceiving the public.

I could go on and on with the falsehoods, but you get the idea. Let’s be clear — they were not merely mistaken about the facts. They knew what they were saying was not true and they intended to deceive.

It was obvious within a few days of the attack that the Administration was not telling the truth. On these very pages, we outlined the details that proved the cover-up. Within a week of the attack, the cover-up was in full swing and painfully obvious to all but the most uninformed or the most willing to suspend their ability to think and question.

During the presidential campaign, the “mainstream media” put its full power and prestige into aiding and abetting the Administration in this massive and systematic cover-up. Debate moderators rescued the president from the truth. Disingenuous reporting questioned, not the Administration for their misinformation, but the challenger – accusing him of being unpresidential because he asked the very questions that the  media should have asked. The media actively protected the president and shamefully aided the cover-up.

During the 2004 presidential campaign, Evan Thomas, a managing editor of Newsweek, admitted the mainstream media’s almost monolithic support for leftist politicians. He said, “the establishment media” portrays the liberal candidates as “young, dynamic and optimistic.” He said the media will create a “glow about them” which he said was “worth maybe 15 points” on election day. But it has become so much worse since 2004. The media used to portray liberals as young, dynamic and optimistic. They still do that. But now they also actively hide uncomplimentary facts and attack those who have the audacity to discuss the truth.

CBS hid video unequivocally showing Obama admitting that he didn’t identify the attack as a terrorist attack. This was a huge point of contention in the second presidential debate when the moderator jumped in to rescue the president from the unpleasant truth with misinformation. A few days after the election, CBS quietly published the video on their website — almost two months after it had been recorded.

Now that the “whistleblowers” have begun to come forward and have charged the Administration with trying to shut them up and threatening them if they spoke, even the mainstream media cannot long sustain the cover-up. At some point, even they will be forced to cover the story. But they will not admit that they aided and abetted the administration in covering up the truth for the past eight months. They will pretend that now there is “new” information that sheds a new light on the story. But this is also dishonest. The whistleblowers are merely telling us what the facts have been screaming for the last eight months.

The mainstream media is not merely biased. Bias is subtle. The media is purposefully and knowingly dishonest. They protect their ideological allies. They help their collaborators hide the truth. They provide cover for them. They attack their ideological adversaries with whatever they can, including fabrications.

The mainstream media have become the functional equivalent of Orwell’s “Ministry of Truth” – a propaganda ministry. The mainstream media are the enemies of an informed American citizenry. They pose a grave danger to our representative democracy because they purposefully and systematically misinform the public and act as enforcers of false political propaganda.

Thomas Jefferson, speaking of the mainstream media of his day, said, “Advertisements contain the only truths to be relied on in a newspaper.” He also said, “I do not take a single newspaper, nor read one a month, and I feel myself infinitely the happier for it.” And perhaps most clearly revealing his contempt for the mainstream media, Jefferson said, “The man who reads nothing at all is better educated than the man who reads nothing but newspapers.”