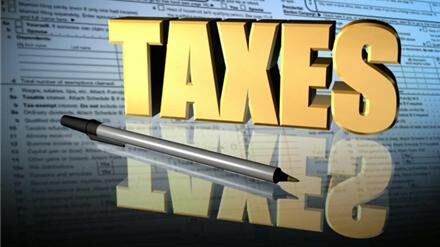 As people all over the United States send their forms into the IRS, they’re probably seething over President Joe Biden’s repeated assertions that Americans are willing to pay more in taxes. In a recent interview with ABC News this week, he predicted that he would get Democrats in Congress to vote for what would be the first major federal tax increase since 1993.

Biden’s view is no doubt shaped by cognitive dissonance. He wants to raise taxes, so he believes the American people are behind him. His opinion on the subject is likely reinforced by the oft-repeated observation coming from thought leaders and other political influencers that the pandemic has created conditions favorable for passing a tax hike.

Part of this is a question of who’d pay for it. Everyone is always for a tax increase if it means lower debt or higher spending so long as they’re not the ones whose taxes go up. Few people think of themselves as “rich,” so calls for higher taxes on the wealthy don’t bother them. Everyone is generally happy when someone else pays the bill.

Pollster David Winston looked at the issue in early April and found, by a margin of 2 to 1, “voters do not believe the statement that because of what happened with Covid, I am willing to pay more in taxes.” Consider that carefully. Federal spending to fight Covid and blunt the impact of the lockdowns imposed by the states has added well over $4 trillion to the national debt – some say it’s more like $6 trillion – yet most voters are unwilling to fork over their dough to close the gap between what went out and what’s coming in. (By the way, that “gap” isn’t nearly as big as people have been made to think. A lot of states are ending the year in the black even without the money from Washington and, in D.C., federal revenues are just about what they were projected to be before Covid hit).

In the Winston survey, the biggest supporters of a tax hike are, no surprise, liberal Democrats – but they are willing to see their tax bill go up by what he calls “a very weak margin” of 43 to 36 percent. Only a third of moderate Democrats go along with the idea while 47 percent say they don’t. Interestingly suburban women, a targeted group for both Democrats and Republicans in the next election, say they disagree with the statement 20 percent to 55 percent as do most Republicans (70 percent) and most independents (53 percent).

A newly released Rasmussen Reports national telephone and online survey generally backed up the Winston Group findings. Its poll had 64 percent of likely U.S. voters saying they oppose increasing taxes while just 22 percent supported the idea and 14 percent said they were not sure.

The Rasmussen reports data also showed 45 percent of voters saying the current level of federal taxes “is already too high” while just 13 percent said they were “too low.” Another third – 33 percent – aligned themselves with the mythical Goldilocks saying, after the Trump tax cuts of 2017 that the current level of taxation is just “about right.”

Now, here’s where it gets interesting. President Biden has taken to saying Republican voters support his plans for the country even if GOP members of Congress reject it. Maybe – but what he doesn’t say is that – at least as far as taxes are concerned – members of his own party aren’t getting in line behind him.

Despite what the New York Times lets prominent leftwing Keynesian economists write on its op-ed pages, there isn’t a lot of sentiment for raising taxes in America on anyone. The people are opposed to higher taxes on income, on gasoline, and just about everything else he’s proposed raising taxes on – tax hikes that would all break his campaign pledge that anyone making less than $400,000 per year wouldn’t see their taxes go up by “one thin dime.”