Biden’s and America’s Day Of Infamy 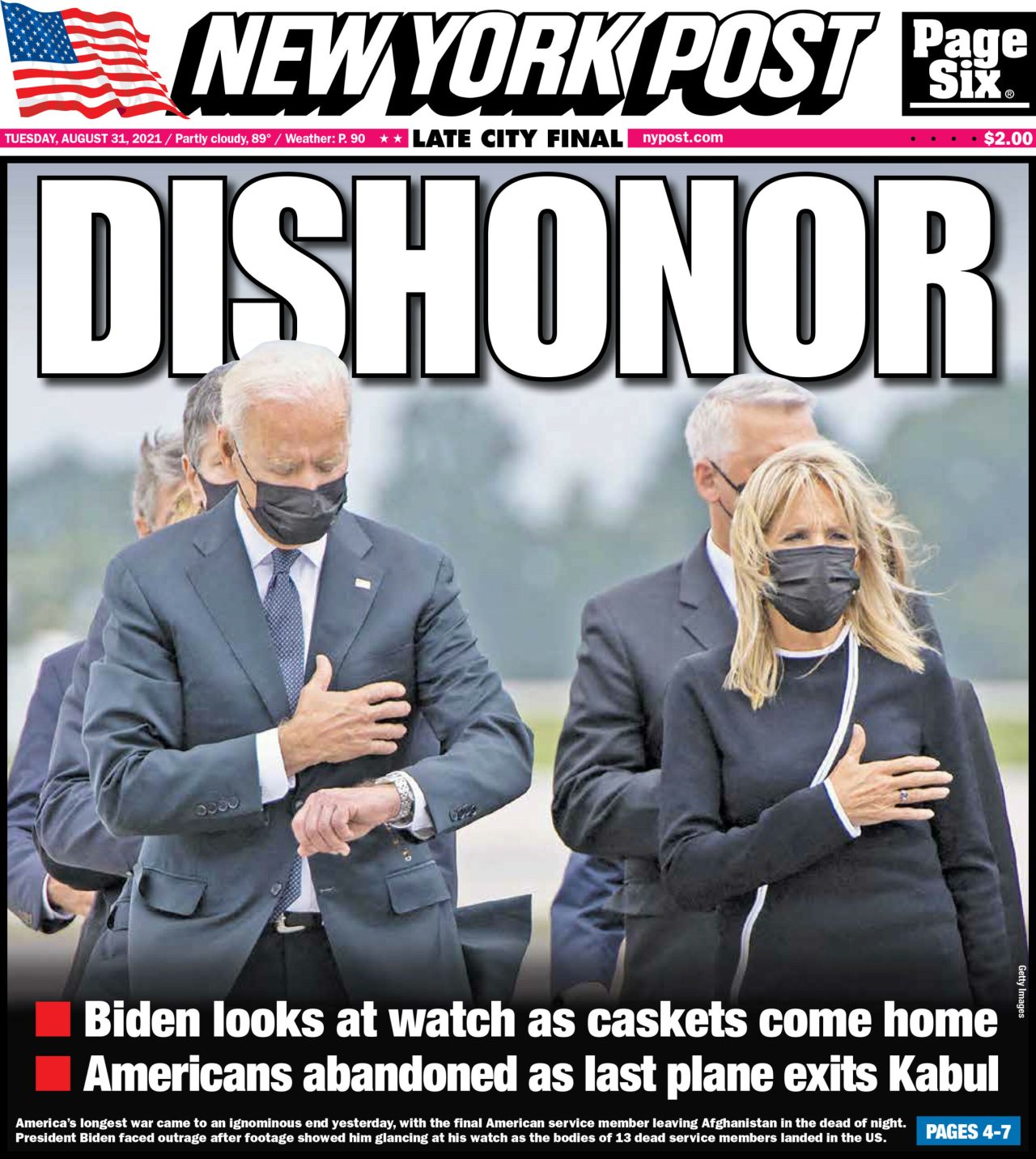 As a result of a suicidal terrorist attack, on August 26, 2021, a still undetermined number of people were killed and injured at the Kabul airport outside the American military controlled area.  Among those killed were thirteen American service members.  In addition, several American soldiers were injured – some seriously.

This deadly incident recalled the tragedy of Pearl Harbor on December 7, 1941.  Next day, on December 8, 1941, President Franklin Roosevelt addressed the joint session of Congress thus:  “Yesterday, December 7, 1941 – a date which lives in infamy – the United States of America was suddenly and deliberately attacked by the naval and air forces of the Empire of Japan.”  Almost eight decades later, on August 26, 2021, President Joseph Biden spoke at the Briefing Room of the White House thus:  “Been a tough day.  This evening in Kabul, as you all know, terrorists attacked – that we’ve been talking about and worried about, that the intelligence community has assessed was undertaken – an attack – by a group known as ISIS-K – took the lives of American service members standing guard at the airport, and wounded several others seriously.  They also wounded a number of civilians, and civilians were killed as well…The situation on the ground is still evolving, and I’m constantly being updated.”

Following some additional sentences replete with discombobulated nonsense, President Biden uttered a sentence that will enter the annals of American history as perhaps the biggest Lie ever emitted by a Commander in Chief:  “Every day when I talk to our commanders, I ask them what they need – what more do they need, if anything, to get the job done.  As they will tell you, I granted every request.”  Lies! Lies! Lies upon Lies!  While Afghanistan was quickly descending into the Taliban engineered terroristic chaos, President Biden, his National Security Council, his Department of Defense, his Department of State and the Democrat controlled Congress were busy planning their underserved vacations, while fighting the legacy of the former president, his administration, a nonexistent White Racism and an even more ridiculous claim of Institutionalized and Systematic Racism, in the spirit of Wokeism and a burgeoning Black Racism on steroids.  Except for a misquotation from the Old Testament, President Biden offered nothing but a pathetic promise to hunt down and kill the perpetrators of this deadly attack on American soldiers and civilians.  To prove that he is a man of his words, President Biden launched a single drone that allegedly killed two persons of undetermined ethnicity and political affiliation, if any.  Designating them as the “planners of the Kabul airport suicide attack,” his administration steadfastly refused to release the names of the alleged dead so-called ISIS-K terrorists.  In this manner, President Biden succeeded in accomplishing only one thing – he reinforced his reputation of a liar who, on the account of his advanced dementia, is absolutely incapable of differentiating between his sick imagination and hard reality.

Moreover, what a difference between the contents and the tones of the two above quoted addresses.  In the first, President Roosevelt voiced his indignation about the Japanese treachery, and promised an all out war to decisively defeat Imperial Japan’s expansionist designs.  In President Biden’s mumbling and incoherent speech, he vowed to do what he should have done before, namely, to protect those who have been in danger of being hunted down and murdered by the extremist Islamist thugs called the Taliban.  To wit, President Biden accomplished the impossible – with a single idiotic decision he lost the trust of the American as well as the allied militaries.  Even more catastrophically, demented Joe has turned Afghanistan into the slaughterhouse of a radical religious minority, and its ragtag terrorist forces into a military superpower in the eyes of America’s adversaries.

As Kathy McCollum, the grieving mother of US Marine Lance Cpl, Rylee McCollum so eloquently stated:  “This was an unnecessary debacle that could have been handled properly.”  Moreover, “They had months and months to remove everyone from Afghanistan, and they chose not to.  And so they sent in…6,000 troops, and my son, through the laws of statistics, my son was one of the ones who just got blown up in a freaking terrorist bomb yesterday.”  Closing her speech laden with grief, she uttered her devastating verdict on the Commander of Chief thus:  “That feckless, dementia-ridden piece of crap just sent my son to die.”

Meanwhile, the United States of America has lived through between 2015 and 2020 a constant barrage of Democrat lies about the Russia collusion, the origin and the mishandling of the COVID-19 pandemic, the hysteria about the alleged man-made climate change, the heartlessness of the former president’s immigration policies, his hostility to America’s allies, and the Republican Party’s alleged base racism against Blacks, Hispanics, Asians as well as the Indeginous people.

Cleansing the military from its alleged White Racism, the currently active American generals idiotically prefer Woke indoctrination and nation-building over fighting and winning wars, goals dictated by American national interests and stability across the globe.  Starting with Defense Secretary Lloyd Austin February 6, 2021 memorandum, ordering a one-day stand-down within the following sixty days to “address extremism within the nation’s armed forces” to Chairman of the Joint Chiefs of Staff, Army General Mark Milley’s call on civilian and military leaders to educate members of the armed forces about so-called “right-wing and white extremism,” the American military’s focus has been redirected toward fighting destructive domestic political battles, instead of the enemies of the United States of America.  According to these political hacks in uniform, the enemy to be fought ruthlessly is the majority of the American people and not China, Russia and the numerous assortment of anti-American terrorist organizations.

Indeed, the United States of America’s reputation as the greatest country in the world is collapsing because of all the idiots now in power in Washington, D.C.  The Democrat Party’s wholesale embrace of the outrageous lies of Wokeism has extended the powers of the political idiots and the depth of the Washington swamp to the entire United States of America.  At a time when American society is torn on a minority’s domestic terrorism to seize dictatorial powers, while weakening the country internationally, the American people must stand up and declare an end to the idiocy of President Biden and his coterie of fellow idiots.  Unlike Presidents Roosevelt and   Truman’s wars against the twin evils of European Stalinism and Hitlerism, American Wokeism is about a bunch of self-destructive lies domestically as well as internationally.  For these reasons, the United States of America must eliminate these cancers of deadly devastation, in order to continue being the “Shining City on a Hill” for all freedom loving nations across the globe.