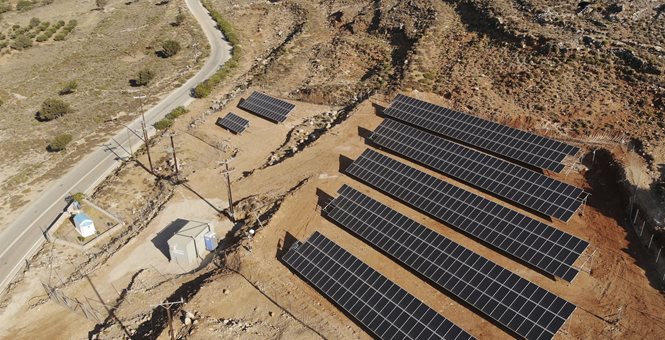 President Joe Biden thinks it’s important to decouple America from its reliance on fossil fuels. Most of America disagrees, yet he keeps pushing for the adoption of renewables to replace the energy that comes from traditional sources like petroleum and natural gas. That’s why we’ve seen the price we pay at the pump spike so high. Not that the green energy crowd is much bothered by that. To them, the decline in the consumption of fossil fuels reduces the production of greenhouse gasses, which is music to their ears. Yet while they call the tune, we pay the piper.

Most Americans are all for doing “something” about climate change but aren’t willing to pay very much to do it. If it’s a problem, it’s a global one. The U.S. cannot fix it alone. Every nation must participate. Some, like China, simply refuse and its use of coal is rising so fast that it wipes out any benefit the reduction of U.S. carbon emissions has had.

Most Americans don’t realize how reliant on China the Biden plan is. The hoped-for transition to producing electricity from renewable sources like wind and solar can’t happen without cheap Asian-made solar panels being allowed into the United States. Without them, the nation can look forward to rolling brownouts – which the White House would like to avoid in the coming summer months, causing it to move quickly to suspend the tariffs on them for two years, despite credible evidence of dumping.

Allowing Chinese-made solar panels and solar panels that use materials made and mined in China, probably by slave labor, into the U.S. marketplace because our government’s policies created a need for them is bad policy. The president’s use of the Defense Production Act to increase American-based solar panel production is a diversion, as Nick Iacovella, a senior vice president at the pro-manufacturing group Coalition for a Prosperous America inferred when he said, “You can’t say that you want to spur domestic production, and then allow the Chinese to continue to dump product, which is a direct threat and something that is working against increasing domestic production.”

What Biden wants and is doing takes U.S. energy resources off the board and stifles the innovations of producers working to supply Americans with cleaner, more affordable energy. Former Congressman Harold Ford, D-Tenn., got it right when he urged President Biden to “stop vilifying U.S. energy producers, many of which are leading the development of technologies to mitigate carbon emissions and make the transition to cleaner energy.”

If that were not bad enough, the president is also signaling his administration will overlook human rights abuses in the effort to make America green. Nearly 40 percent of global polysilicon production, which is important to the manufacture of solar panels, comes from China’s Xinjiang region. That’s where, according to the U.S. Department of State, genocide and slave labor are prevalent.

In its rush to make America go green, the Biden administration is ignoring the reasons to be wary of the role China must play. Congressional China Task Force Chairman Michael McCaul, R-Texas, said the tariff suspension amount to “amnesty to products that the administration admitted are linked to genocide and slave labor.”

These two concerns intersect in the U.S. Virgin Islands, where what a taxpayer watchdog calls a “Solar Boondoggle” is about to begin. In March 2022, VI Gov. Albert Bryan announced his intention to transition St. Croix – one of the three islands that comprise the USVI — to 100 percent solar power. A tall order under any circumstances, the fact the islands are still rebuilding after the 2017 hurricanes that devastated them and that solar power currently accounts for just 2 percent of its energy mix, makes it near impossible.

Andrew Smith, who heads the power company there, recently called the switch a boon to St. Croix “because solar is effectively free.” If the Biden administration ends up sending the bill for the transition to the U.S. taxpayers, he’d be right – and that’s the path Gov. Bryan says he’ll pursue.

In a recent interview, Bryan said he expected more federal assistance, specifically from the U.S. DOE, to build a new solar grid above and beyond the more than $1.4 billion in Federal Emergency Management Agency loans already sent to the USVI. Meanwhile, St. Croix’s energy infrastructure remains unreliable.

The economics of the transition dictate the USVI must use cheaper Chinese components, regardless of their impact on American industry or the harsh realities of their manufacturing processes, if the plan to build out a new green infrastructure is to succeed. If what happens there is allowed to replicate itself across America, we’ll be in a heck of a mess.