BIDEN’S RUNNING MATE NEEDS TO WIN HIM AN ENTIRE STATE, NOT JUST A CONSTITUENCY | OPINION 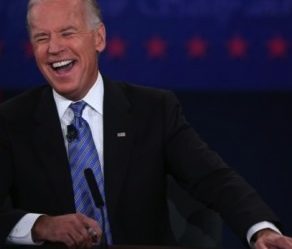 The last Democratic debate was a snooze fest. Aside from the pro forma Trump-bashing, this time over his handling of the coronavirus pandemic, the only memorable moments were former Vice President Joe Biden’s promise to pick a woman as his running mate and appoint a black woman to the U.S. Supreme Court.

The high court nomination is blatant pandering to a key Democratic constituency. One might prefer he commit to considering candidates on their merits and legal experience rather than gender or skin color, but that would go against what it means to be a member of his party these days.

Of much greater interest is his plan for the vice presidency, an office he held for eight years under former President Barack Obama. Even though some will say otherwise, it’s not at all ghoulish to point out how, to put it subtly, the former vice president is bumping up against the upper ranges of the actuarial tables. If victorious, Biden’s ticket mate may end up occupying the Oval Office sooner than anyone voting Democrat in November might think.

The vice presidential candidate always comes under scrutiny, especially when the media starts probing for weaknesses that could hurt the top of the ticket. George McGovern’s chances in 1972, which were already slim to none, weren’t helped when the public learned his original running mate, Missouri Senator Thomas Eagleton, had at one time undergone electroshock therapy. Walter Mondale’s 1984 campaign against Ronald Reagan was hurt by ethical issues concerning the business affairs of his running mate’s spouse. And it’s generally agreed former Alaska Governor Sarah Palin did more to drag John McCain’s 2008 campaign down than she ever did to boost it up.Ads by scrollerads.com

Vice presidential choices matter, even if running against them is a nonstarter. Michael Dukakis found that out in 1988, when he warned about the possibility of “President Quayle” instead of focusing on George H.W. Bush’s vulnerabilities. Picking Al Gore helped Bill Clinton “pick the GOP lock” on the Electoral College in 1992, and eight years later, Gore was almost lifted into the White House by Florida voters who backed his selection of Connecticut Senator Joe Lieberman for the No. 2 slot on his ticket.

Many political analysts are predicting that Biden’s pick will come from among the women who ran against him in the primary, most likely Massachusetts Senator Elizabeth Warren or Minnesota Senator Amy Klobuchar. Both, after all, were endorsed by The New York Times, and neither hit him too hard during any of the debates. They haven’t said anything particularly damaging that the media and GOP could exploit, and both have won office on their own.

Nevertheless, these analysts are wrong. Neither Warren nor Klobuchar helps Biden get any closer to the White House than he is now. The most important thing a running mate can do is deliver a state to the ticket that may be out of reach. Providing an ideological balance is nice but not usually helpful. Winning in a state you’re not expected to, as both Donald Trump and Hillary Clinton found out in 2016, can be everything.

The Democrats have Massachusetts. And the progressives who bow to Vermont Senator Bernie Sanders on every issue aren’t going to be any more persuaded to vote for Biden with Warren on the ticket. The one thing that unites most Democratic primary voters is the desire, some might call it an aching wish, to see Trump kicked out of office.

If the Biden campaign’s main theme is the need for a change at the top, ideology doesn’t matter. He’ll have the Democrats he needs. This is why Klobuchar, while she makes more sense than Warren, isn’t the right pick either.

Trump almost won Minnesota in 2016, but it hasn’t gone Republican since Richard Nixon’s re-election in 1972. It may be on the bubble; indeed, many GOP election experts think it is, but Klobuchar on the bottom of the ticket isn’t enough to guarantee it stays in the Democratic column. It’s a high risk–low reward pick that’s probably not persuasive enough, especially since African Americans, a key Biden constituency, have a problem with her that the GOP can exploit.

The Democrats also have California and, as Biden all but promised the next Supreme Court seat to Senator Kamala Harris, she won’t be the pick. Neither will Tulsi Gabbard, who endorsed him when she quit the race last week. He’s got Hawaii in his pocket.

Who does that leave? The smart pick, the one that helps Biden most and causes the most trouble for Trump is Michigan Governor Gretchen Whitmer, whom most Americans met when she gave one of the more impressive responses to the president’s State of the Union address in recent memory.

Whitmer is a former prosecutor and former state legislator and, as a state chief executive, has vital leadership experience Biden lacks.

Biden has never been in charge of anything larger than a committee of the U.S. Senate. He can tout his experience with Obama all he wants, but he can’t get past the fact he worked for him, that the ultimate authority was always vested with someone else. Moreover, as someone who defeated her opponent in the general election, the statewide elected GOP attorney general, by 10 points she’s a proven vote winner in a state Trump needs to win re-election. And, as a bonus, her presence on the ticket would probably help keep Democrat Gary Peters, who is facing a stiff challenge from Republican John James that many expect him to lose, in the U.S. Senate.

Biden’s choice of running mate is the first major decision he’ll make. If he makes the right one, he may get to live in the White House. If he makes the wrong one, he hands his opponent an unexpected advantage that might lead to defeat.